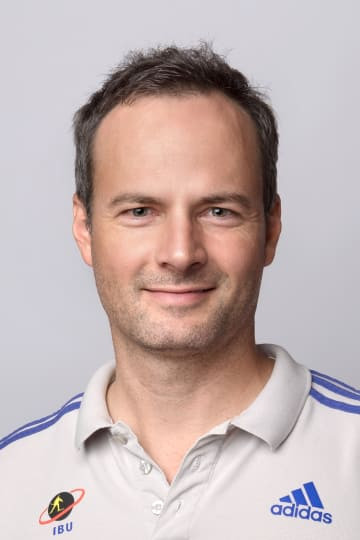 Germany's Felix Bitterling has been appointed as the sport director of the International Biathlon Union (IBU) as the worldwide governing body began its restructure following the scandal involving the previous leadership.

The IBU also announced Christian Winkler would join as communications director on June 1.

The two appointments were revealed by acting secretary general Martin Kuchenmeister and follow the IBU confirming it would restructure the administration after the opening of a criminal investigation into Anders Besseberg and Nicole Resch, the former President and secretary general respectively.

The position of sport director is a new role "focused on ensuring excellent administration of the IBU’s sport department and supporting the successful coordination of the IBU events".

"I am looking forward to supporting the sport and continuing to grow our sport and support our member federations and their athletes," said Bitterling, who previously worked as the race director for the IBU's second-tier Cup series.

Winkler joins the IBU after working for British-based international relations and communications agency Jon Tibbs Associates on a freelance basis.

The German will work full-time for the IBU from the governing body's headquarters in Salzburg.

It is not yet known whether Russian Marina Dmukhovskaya will continue her role as communications project manager following the announcement.

"I am happy that we have been able to appoint such talented and experienced professionals to lead the sport and communications departments," said Kuchenmeister.

"Together with the excellent work of our Race Director World Cup Borut Nunar and Junior Cup Arne Eidam as well as our experienced communications staff I know that we will continue to improve our sport and better support our member federations and their athletes."

The restructuring follows the opening of probes across Europe into possible doping, fraud and corruption involving Russian athletes and the raiding of the IBU's headquarters based on a tip-off by the World Anti-Doping Agency.

Austrian police confirmed to Norwegian broadcaster NRK that a total of 12 people are under investigation.

Two - presumably Resch and Besseberg - are suspected of corruption and a further 10 are accused of doping fraud.

German broadcaster ARD and newspaper Bild have also reported that a confidential WADA report claims that Besseberg, 72, was offered paid hunting trips and visits to prostitutes while in Russia in an attempt to influence him.

Norwegian newspaper Verdens Gang have reported that it is alleged that 65 doping cases involving Russian biathletes were concealed, starting in 2011.

Austria's Klaus Leistner, a vice-president responsible for finance, has taken over the operational running of the IBU following Besseberg's departure.