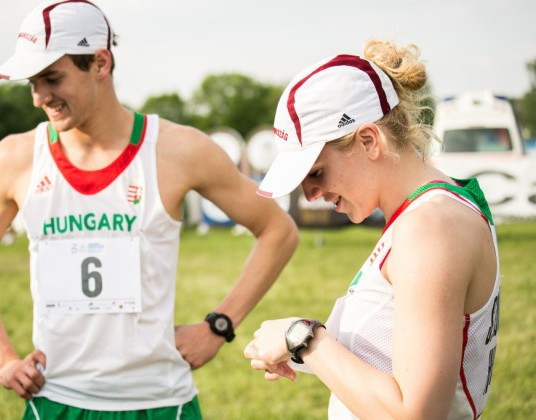 Hosts Hungary secured the gold medal in the mixed relay event on the final day of the International Modern Pentathlon Union (UIPM) World Cup in Kecskemét.

The Hungarian team, consisting of Demeter Bence and Kovacs Sarolta, an 11-time World Championship medallist, got off to an excellent start by winning the fencing event thanks to a record of 23 wins and seven losses, putting them in front of South Korea and Great Britain.

They then continued this fine form in the swimming event with an overall time of 1min 57.2 sec.

South Korea were once again in second with Ireland finishing third.

Things did not go quite as well for the hosts in the riding event as they finished down in seventh after a time of 102.20.

Ireland finished top of the riding standings in a time of 91.00, pushing Britain and Belarus down into second and third respectively.

Despite this performance in the riding, Hungary were still ahead of the pack going into the laser-run event and they made sure their advantage counted, eventually finishing the day on 1,410 points to ensure they claimed the gold medal.

Irish duo Michael Healy and Kate Lenehan Coleman finished second on 1,395 points with Chinese pairing Zhang Linbin and Xiuting Zhong rounding off the podium thanks to a points total of 1,384.