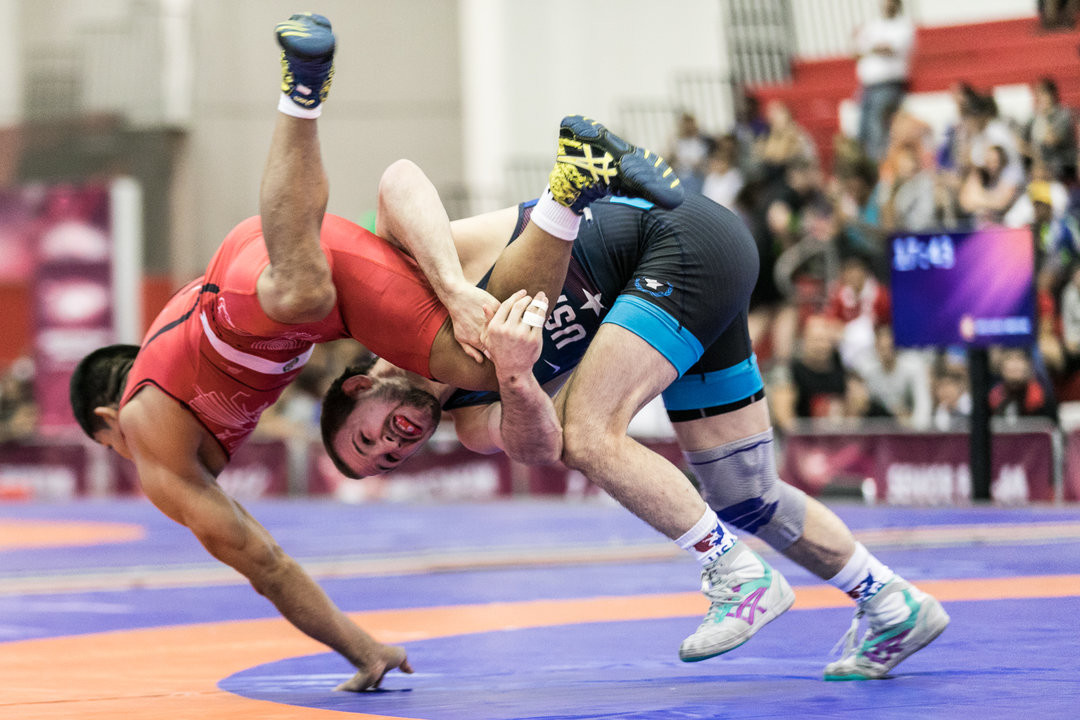 The United States concluded the Pan American Wrestling Championships in style by winning five gold medals on the final day of the continental event in Lima.

Cuba claimed a hat-trick of titles in the Peruvian capital but it was not enough to stop the dominant American team from taking home the team freestyle crown at the San Luis Sports Centre.

James Green of the US was also in formidable form as he dispatched Hernan Dario Ipuz of Colombia 10-0 to defend his Pan American title at 70kg.

The solitary bronze medal on offer in the category was clinched by Alexander Chaves of Canada, who ousted Brazil's Marcos Oliveira Junior by the same scoreline.

David Taylor of the US produced an impressive display to beat two-time Pan American champion Yudenny Torreblanca of Cuba to seal the 86kg crown.

Taylor emerged victorious from a hard-fought contest with Torreblanca as he edged a gruelling encounter 3-2.

Pool Ambrocio Greifo delivered a medal for the host nation as he ousted Julio Romero of the Dominican Republic in the first bout for bronze.

The other bronze medal in the division was claimed by Venezuela's Pedro Francisco Fuentes after Colombian opponent Carlos Arturo Mendez withdrew.

Nick Gwiazdowski was among the other American victors on the last day of competition as the 2017 World Championships bronze medallist struck gold at 125kg.

Gwiazdowski shut out Yudenny Estevez of Cuba with a 9-0 victory to top the podium.

Joseph Colon also won a gold medal for the US, defeating Joshua Bodnarchuk of Canada with a 10-0 technical fall in the final of the 61kg category.

Olympic bronze medallist and three-time World Championship medallist Livan Lopez Azcuy of Cuba won the 74kg crown as he eased to a 6-1 win over Nazar Kulchytskyy of the US in the final.

Azcuy's team-mate Reineris Salas Perez lived up to his billing as one of the favourites for gold in the 92kg division as he cruised to a 9-2 triumph over Kyven Gadson of the US to wrap up his fifth continental title.

Jordan Steen of Canada and Jose Diaz Robertti of Venezuela were the recipients of the two bronze medals.

The other Cuban wrestler to take gold was Reineri Andreu Ortega, who earned the 57kg title with a technical fall success against opponent Oscar Eduardo Urbano of Colombia.

He was joined on the podium by Juan Rubelin Beltre of the Dominican Republic, who won by forfeit after Victor Manuel Cardenas of Mexico pulled out of the bout.