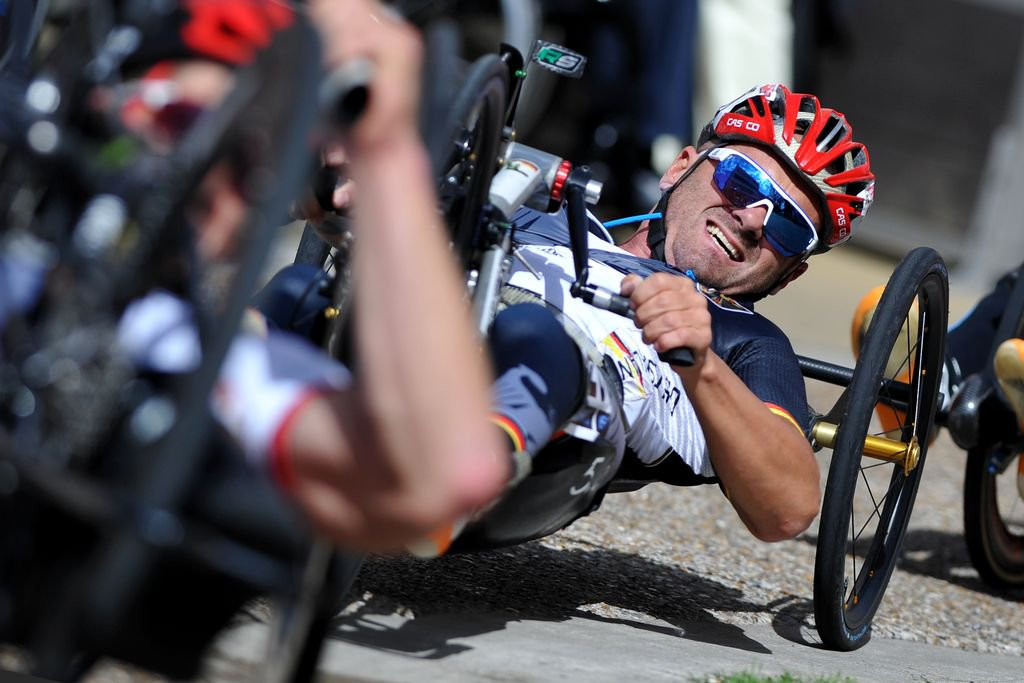 The German had already won the men’s T2 time trial competition two days ago and repeated the feat in the road race today.

He ended the race in a time of 1 hour and 3sec, beating Australia’s Stuart Jones in a sprint to the finish.

Britain’s Craig Collis-McCann rounded off the podium places, having finished 10 seconds adrift of the leaders.

Sweden’s Rickard Nilsson triumphed in the T1 competition by clocking 1:13.03, with France’s David Geslot and Italy’s Leonardo Melle ending four and seven seconds behind to complete the podium.

Victory in the men’s H3 road race was secured by France’s David Franek, who won a sprint finish as he ended in a time of 1:48.30.

Belgium’s Jean-Francois Deberg and Italy’s Paolo Cecchetto rounded off the podium on the same time as the winner.

Italy’s Fabrizio Corneglani emerged as the winner of the men’s H1 race, achieving a time of 1:42.46.

The Finnish pairing of Harri Sopanen and Teppo Polvi completed the medal places, after they ended 15 and 40 seconds down respectively.

Corneglani’s compatriot Francesca Porcellato secured gold in the women’s H3 road race, crossing the line in a time of 1:37.06.