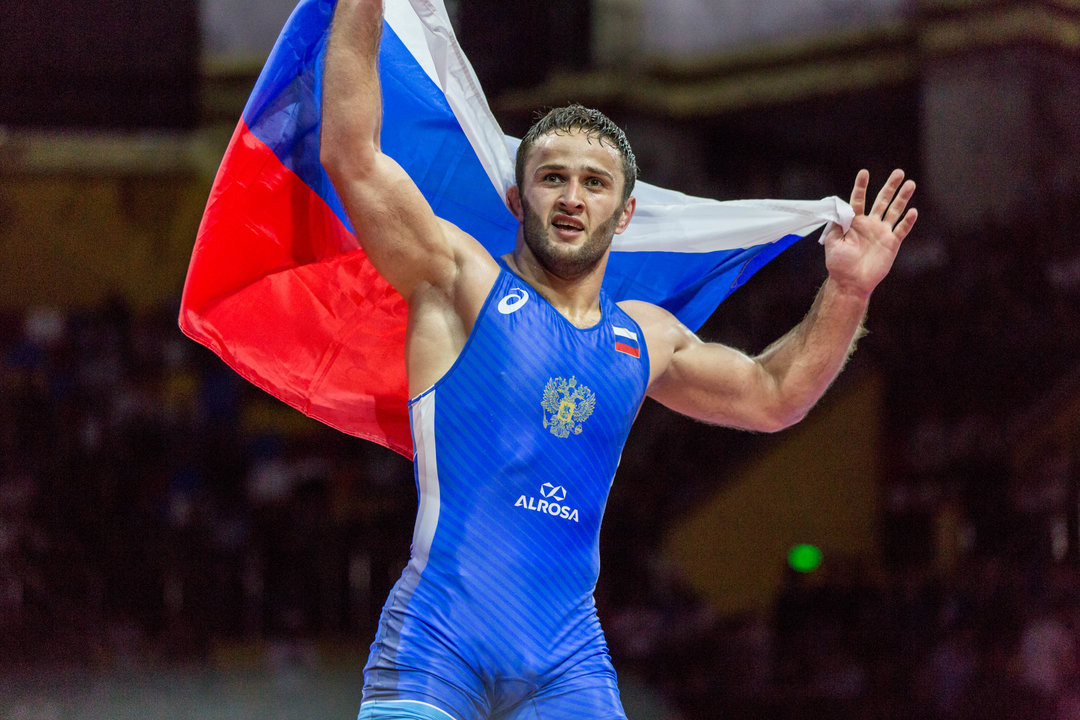 It would have been a full house of five golds from five for the home team had it not been for the efforts of two Azerbaijan competitors.

Haji Aliyev stunned the home crowd with a late surge to clinch gold in the men's 65 kilograms division.

He was behind for much of his contest against Russia's Ilias Bekbulatov but won 8-7 after a takedown in the last 15 seconds of the match.

Bronze medals were won by Georgia's Vladimer Khinchegashvili, an 8-4 winner over Poland's Krzysztof Bienkowski, and Selhattin Kilicsallayan of Turkey who saw off Slovenia's David Habat 8-7.

Stevan Micic of Serbia won his country's first-ever European Championship medal by beating Levan Vartanov of Spain 10-0 to seal one of the bronzes.

Azerbaijan won bronze as Murtazali Muslimov beat Azamat Nurykau of Belarus 9-2, while there was also a medal for Zurab Iakovishvili of Georgia, a 3-1 winner over Andriy Kvyatkovskyy of Ukraine.

Azerbaijan and Hungary both collected bronze with Jabryil Hasanov beating Muhammet Nuri Kotanoglu of Turkey 10-4 for the former.

In the 97kg division Vladislav Baitcaev was Russia's winner as he defeated Aliaksandr Hushtyn of Belarus 7-0.

The event will conclude tomorrow.