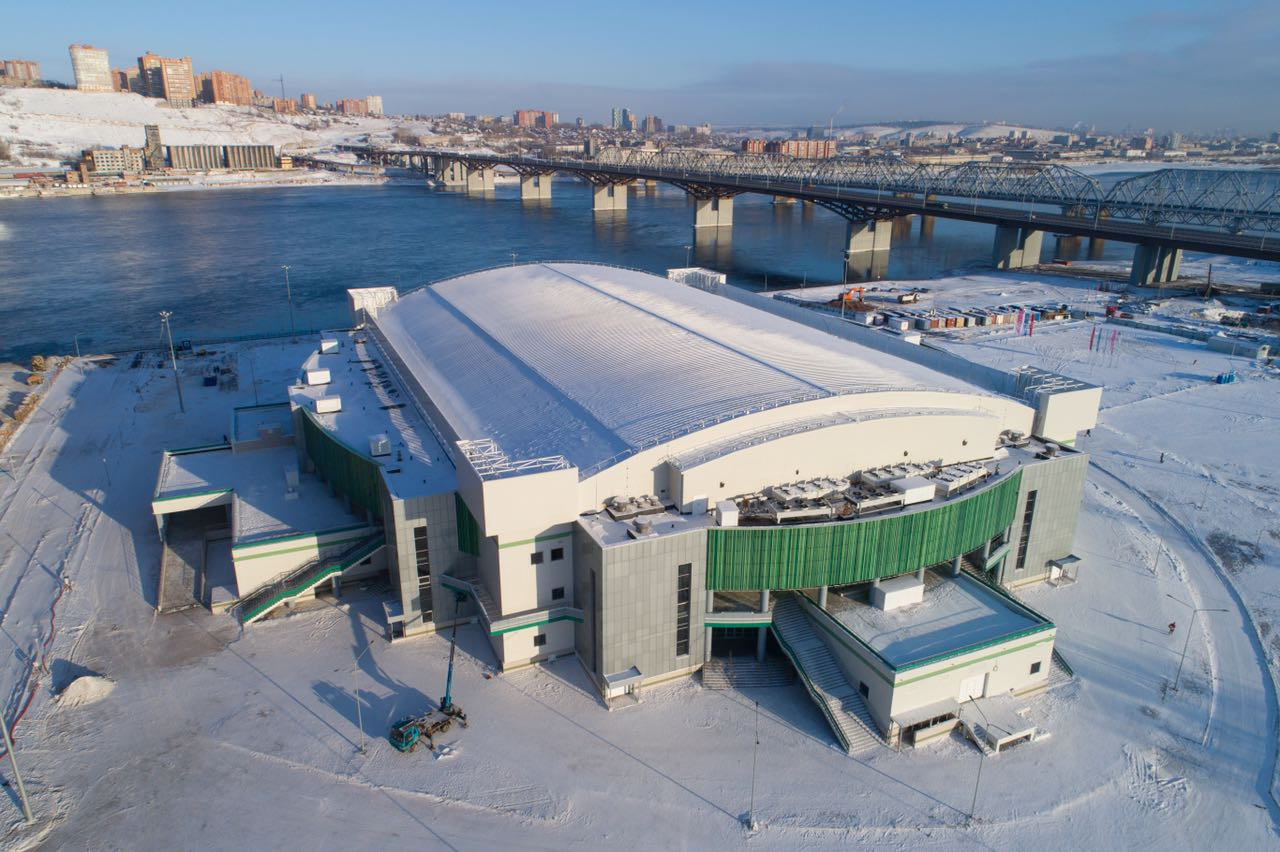 An agreement has been reached for the Krasnoyarsk 2019 Ice Arena to be taken into state ownership.

The deal was signed by Viktor Tomenko, acting head of the Krai Government, and the Russian Platinum company.

A cooperation agreement had been signed 2014 which allowed Russian Platinum to construct the facility.

The venue is due to host figure skating competitions at next year’s Winter Universiade.

It will also stage the Opening and Closing Ceremonies.

"Having built the arena Russian Platinum has made a significant contribution to the development of the city's sports infrastructure," said Tomenko,

"I hope that both athletes and spectators will appreciate this gift."

The complex will host training and matches for the Supreme Hockey League team Sokol Krasnoyarsk, along with their women’s and youth squads.

It will become their home venue after the Universiade next year.

In October it is scheduled to host the Cup of Russia, a figure skating competition due to act as a test event for the Universiade.

There are also changing rooms with showers, premises for judges and coaches, as well as medical and administrative offices.

"It was such a project that became the construction of the Platinum Arena of Krasnoyarsk.

"This is a modern multifunctional complex, which will be in demand in sports and cultural events and programs of the regional, federal, international level. "