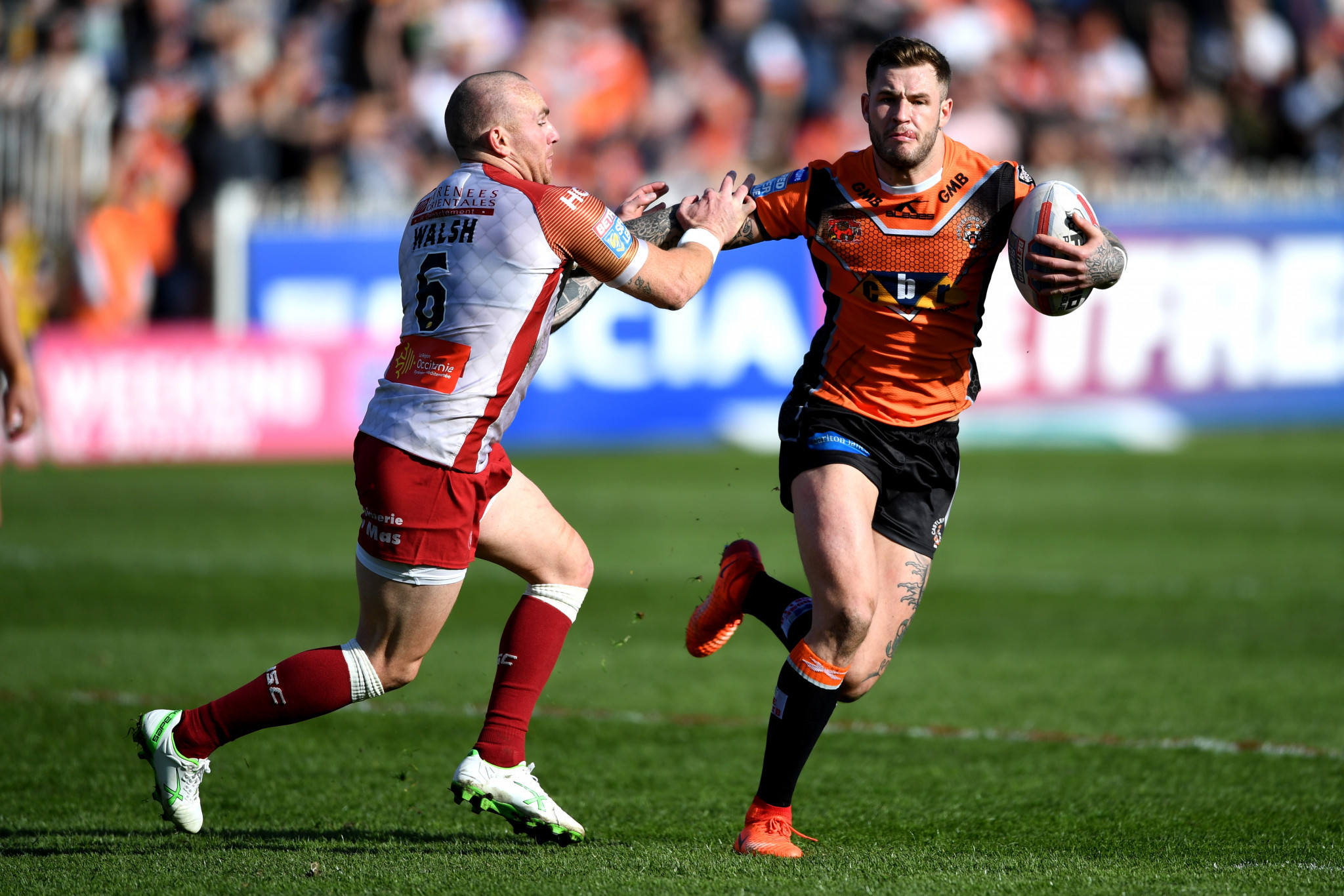 Former England and Castleford rugby league player Zak Hardaker has been banned for 14 months by UK Anti-Doping (UKAD) after he tested positive for cocaine.

A positive test for the recreational drug usually results in a two-year suspension but Hardaker's legal team were able to argue that he should be given a reduced ban due to a "number of exceptional circumstances".

The National Anti-Doping Panel ruled Hardaker bore "no significant fault or negligence" for the anti-doping rule violation and there was no performance-enhancing benefit for the player.

The 26-year-old, who is currently without a club after he was sacked by Castleford in October following confirmation of the failed test, will be free to resume his career in time for the 2019 season.

His suspension was backdated to the day of the failed in-competition test immediately after Castleford’s game with Leeds last September, and is due to end on November 7.

In the full verdict, UKAD revealed concerning details about the case.

Hardaker, the panel said, dealt with the anniversary of a "very distressing personal incident" by "going out with a friend, drinking prodigious quantities of alcohol and then taking cocaine at the end of the evening when he was thoroughly intoxicated".

The verdict suggested the player could have died had he continued drinking alcohol rather than opting to take cocaine.

"In a sense, it might be said that it was almost fortuitous that it was cocaine that he ingested rather than, say, another bottle of spirits," the verdict read.

"There was no performance-related benefit and if he’d had another bottle of spirits instead, he would not be before us."

UKAD chief executive Nicole Sapstead said the case was an example of how athletes must be responsible for what they put into their systems.

"Regardless of how it got there, every athlete is solely responsible for what is in their system and must adhere to the strict liability principle," she said.

"They must ensure that they take the appropriate steps to manage the risk at all times."

In a statement following the verdict, Chadwick Lawrence Solicitors, the Yorkshire-based company who represented the player, said they believed the "correct verdict had been returned".

"This was a truly exceptional case, where the drug use was never linked to performance enhancement," a statement read.

"In this regard Zak would never take any substance to achieve an unfair advantage and we are pleased that the decision of the Tribunal has recognised this fact.

"He was commended by the Tribunal for his impressive comprehensive evidence and the fact that he made no attempt to downplay his conduct and was utterly frank with them.

"The last two years have been an extremely difficult period for Zak who, away from the public eye, has bravely battled a number of personal traumas.

"Zak has asked for privacy at this time but thanked his family and close friends for helping him through this difficult period."