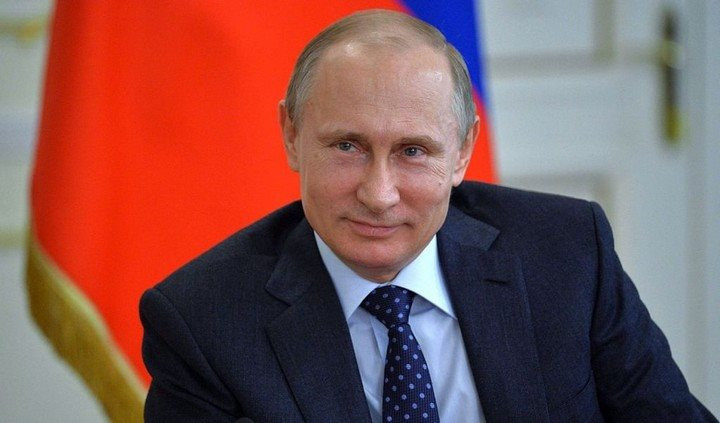 Russian President Vladimir Putin claimed he was confident his country would hold the tournament to the highest standard before action got underway at the European Wrestling Championship in Kaspiysk.

"We are justifiably proud of the names and victories of our distinguished wrestlers, their contribution to strengthening the positions of this spectacular sport in the world.

"We are sure that the current championship will be held at the highest level."

"Today like during all times sport should unite people and encourage them for new achievements," Putin continued.

"I wish success and luck for the participants, and good and unforgettable impressions for the fans."

In the under-77 kilogram category, two-time Olympic champion Roman Vlasov made sure home fans went home happy with a 4-0, 3-0 VPO, win over Azerbaijan's Elvin Mursaliyev.

He is due to face Serbia's Viktor Nemeš in the final after he beat Sweden's Michel Bjurberg Kessidis 2-0, 3-0 by VPO.

The first semi-finals of the day, however, were those in the under-55kg category and spectators saw an excellent comeback from Eldaniz Azizli of Azerbaijan, who recovered from 7-1 down to beat Russia's Vasili Topoev by a 7-9 scoreline, giving him a 3-1 VPO1 victory.

Azizli is now scheduled to come up against Estonia’s Helary Maegisalu in the final after he beat Ekrem Öztürk of Turkey 3-1 by VPO1 after a 4-4 draw in regulation time.

The Russian misery continued in the under-63kg event as Zaur Kabaloev lost 7-5, 3-1 by VPO1, to Romania's Mihai Radu Mihat.

Mihat is now set to face Stig-André  Berge of Norway in the semi-final after he beat Moldova's Donior Islamov 2-1 to claim a 3-1 VPO1 victory.

Georgia's Roberti Kobliashvili put in a convincing performance in the under-87kg event with an 8-0, 4-0 by VSA, victory against Mikita Klimovich of Belarus

Kobliashvili is now due to face Russia's Bekkhan Ozdoev, who beat Azerbaijan's Islam Abbasov 4-3, 3-1 by VPO1.

Vitaly Shchur of host nation Russia made it through to the final of the under-130kg event with a close 5-4, 3-1 VPO1, victory over Georgia's Iakobi Kajaia.

Shchur will now come up against Turkey's Riza Kayaalp, who dispatched Romania's Alin Alexuc Ciurariu by a 4-0, 3-1, VPO, scoreline.