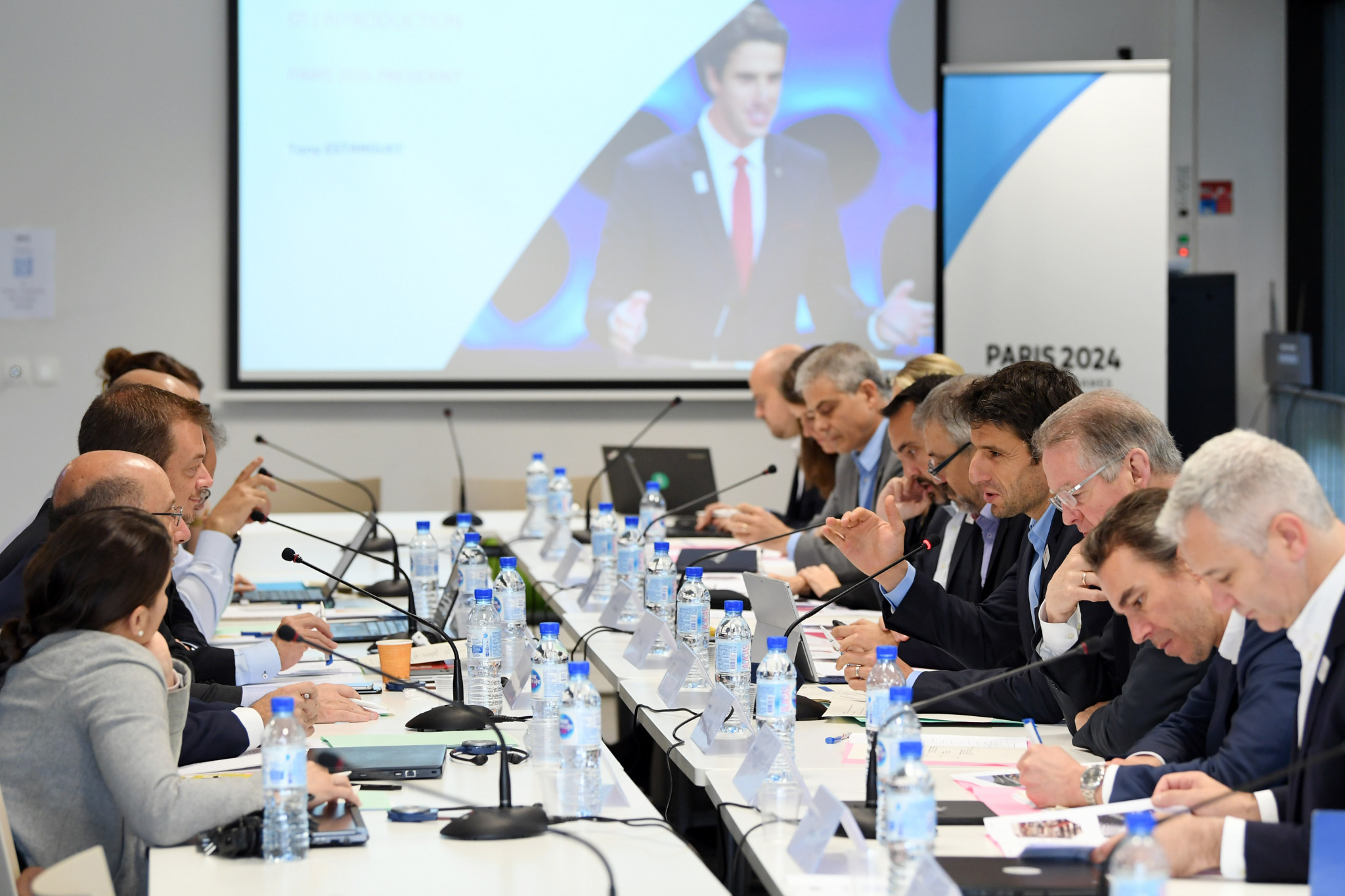 The International Paralympic Committee (IPC), Paris 2024 and its partners have committed to a shared goal of ensuring the first-ever Summer Paralympic Games in France play their part in shaping a more inclusive society.

It follows the conclusion of an IPC delegation’s two-day working visit to the French capital, which saw a first Games "Project Review" and "Orientation Seminar" held.

Specific objectives of all parties include widening sports participation among people with disabilities by increasing the number of clubs and venues offering programmes for all, by improving accessibility, by promoting integrated sport activities, and by raising awareness and understanding of Para-sport.

Among the other aims is changing attitudes towards impairment and inclusion, drawing particularly on the Olympic and Paralympic Schools Week to help educate the younger generation, and also via the promotion of Paralympic athletes.

Improving accessibility of infrastructure and the public space is also a target.

It is claimed the Paralympics will serve as a catalyst for implementing access improvements in numerous locations and that the Athletes' Village, new public transport lines and all competition venues will be fully accessible to all.

The two days of meetings took place at the French National Institute of Sport, Expertise and Performance (INSEP), the training hub for the country’s "Generation 2024" hopefuls.

The sessions provided an opportunity to deliver an update on the progress and priorities of Paris 2024, particularly related to the Paralympics.

Over the two days, Paris 2024 President Tony Estanguet, his teams and all Organising Committee partners were able to share details of work carried out since the awarding of the Games on September 13, 2017.

"This was the first Project Review with Paris 2024, the beginning of a six-year journey and at the International Paralympic Committee we are very excited about it," Parsons said.

"The Paralympics in Paris will undoubtedly lead to social transformation and it was an important first step to discuss the plans Paris 2024 has to achieve it.

"We also had the opportunity to meet different stakeholders and to bring experts here to share valuable information about the Paralympic Movement and the previous Games.

"Every edition wants to be the best Paralympic Games in history and, from what we have seen and heard so far, Paris can definitely achieve it."

Estanguet added: "From the start of the bid, we have considered the Olympic and Paralympic Games as a single and unified project.

"Paralympic leaders and athletes are present in all the Paris 2024 governance structures.

"Our communications give equal prominence to the Olympic Rings and the Paralympic Agitos.

"Ultimately, Paris will deliver the most spectacular promotional platform for the Paralympic Movement and its athletes.

"But this 10-day festival of world-class sport will only be the final act in an ambitious programme that Paris 2024 will drive together with all our partners.

"Together, we have six years to improve access to sports for all; six years to educate and change forever attitudes towards impairment and inclusion among an entire generation.

"These six years represent a once-in-a-lifetime opportunity that everyone connected to Paris 2024 is determined to seize."

Ifebe, who helped France to the men’s team épée gold medal at Rio 2016, was among the participants in the "Project Review".

He had the chance to meet Paralympic Movement decision-makers and explore INSEP from behind the scenes.

At today’s Orientation Seminar, the IPC presented learnings from previous Paralympics, emphasising the need to anticipate requirements of the transition phase across all aspects of Games preparations.

The potential advantages are said to include cost savings as well as benefits to the athlete experience.

The concept of inclusion was one of the pillars of the morning’s session, proposed by the IPC as a guiding principle that should be embedded throughout the organisation over the entire six-year hosting cycle in order to maximise the Games' positive impact on society.

"We are working with Paris 2024 not only to change the perception of disabled people, but also so that these Olympic and Paralympic Games have a real social utility," CPSF President Emmanuelle Assmann said.

"The impact of the Games will not be measured solely by the quality of the organisation of the Olympic fortnight and the 10-day Paralympic Games.

"It will be major if we allow more people to practice a sport, if we strengthen the accessibility of the city, if we improve the quality of life of disabled people.

Alpine skier Marie Bochet, who won four of the gold medals, is a member of the Paris 2024 Athletes' Commission.

The visit also provided a chance to review the ambition of the Committee and its partners for the Paris 2024 Paralympics.

The sessions represented an important milestone prior to the International Olympic Committee Coordination Commission’s forthcoming first visit to France, scheduled to be held on June 18 and 19.