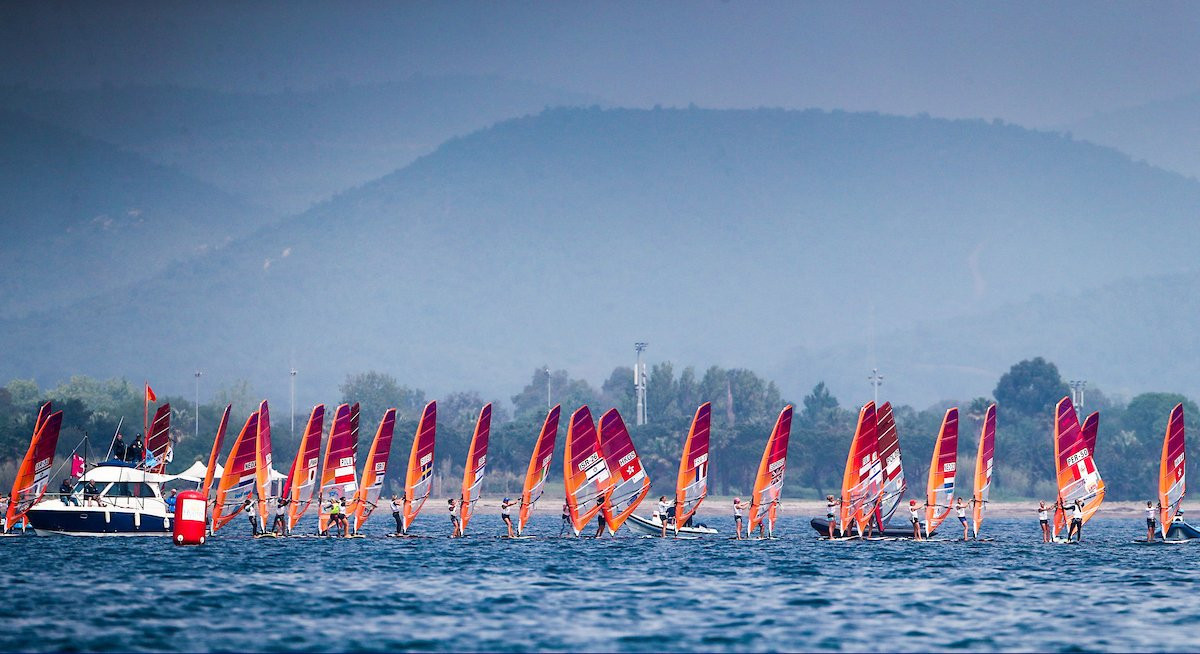 Chen recovered to place second in race seven after the disappointment of 19th in race six.

Noga Geller of Israel lies a further seven points behind in third overall.

Jorge Zarif of Brazil rose to first place in the laser class after a second place in race five.

Zarif has accrued 14 points to lead Heiner by eight, with Teply a further one point back.

France's Jonathan Lobert has fallen from first to fourth, on 24 points, after labouring to 17th in race five.

The Dutch star now sits on nine points once the one discard is included.

This puts her 12 clear of American rival Paige Railey, who was 12th in the same race.

This leg of the Sailing World Cup series, which sees 690 sailors representing 46 nations compete on the French coast, is due to conclude on Sunday (April 29).

The overall World Cup final will also take place in France with Marseille set to host it in June.