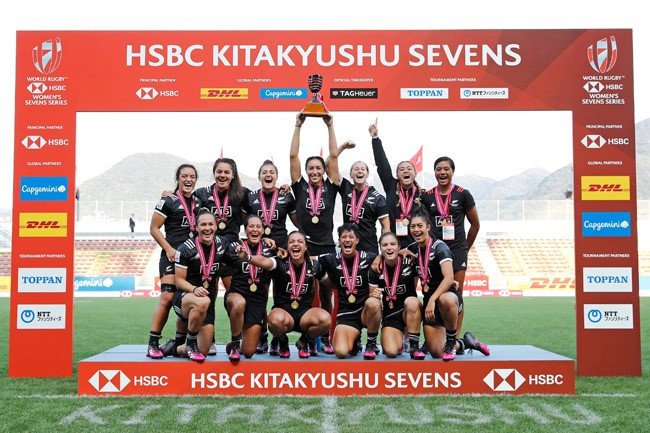 New Zealand built on their triumph at the recent Commonwealth Games in the Gold Coast as they overcame France in the final to win the HSBC World Rugby Women's Sevens Series event in Kitakyushu.

Late scores from Portia Woodman and Tyla Nathan-Wong gave New Zealand a 24-12 victory over France at the Mikuni World Stadium as the Black Ferns Sevens claimed the title in the Japanese city for the second year in a row.

The triumph for New Zealand, winners of the first women's rugby sevens Commonwealth Games gold medal exactly a week ago, saw them cut the deficit to Australia to six points in the race for the overall crown.

New Zealand beat Australia for the second time in seven days as they recorded a 17-12 win in the semi-final, the same scoreline as in the Gold Coast 2018 final.

France set up a meeting with New Zealand in the tournament's showpiece by defeating surprise semi-finalists Spain 21-0.

Australia were able to cap off a disappointing week on a positive note as they claimed bronze with a 19-5 victory over a Spanish side who had beaten them in the group stage the previous day.

The Australians now have a total of 56 points having won the opening two events of the season in Sydney and Dubai.

New Zealand are second with 50 points and Russia occupy third on 42 points.

"There were some massive plays there, the girls really stepped up," New Zealand captain Sarah Goss said.

"We have had a couple of injuries over the last few weeks and to come away with back-to-back golds is pretty special and I can't wait to get home and celebrate with our families."