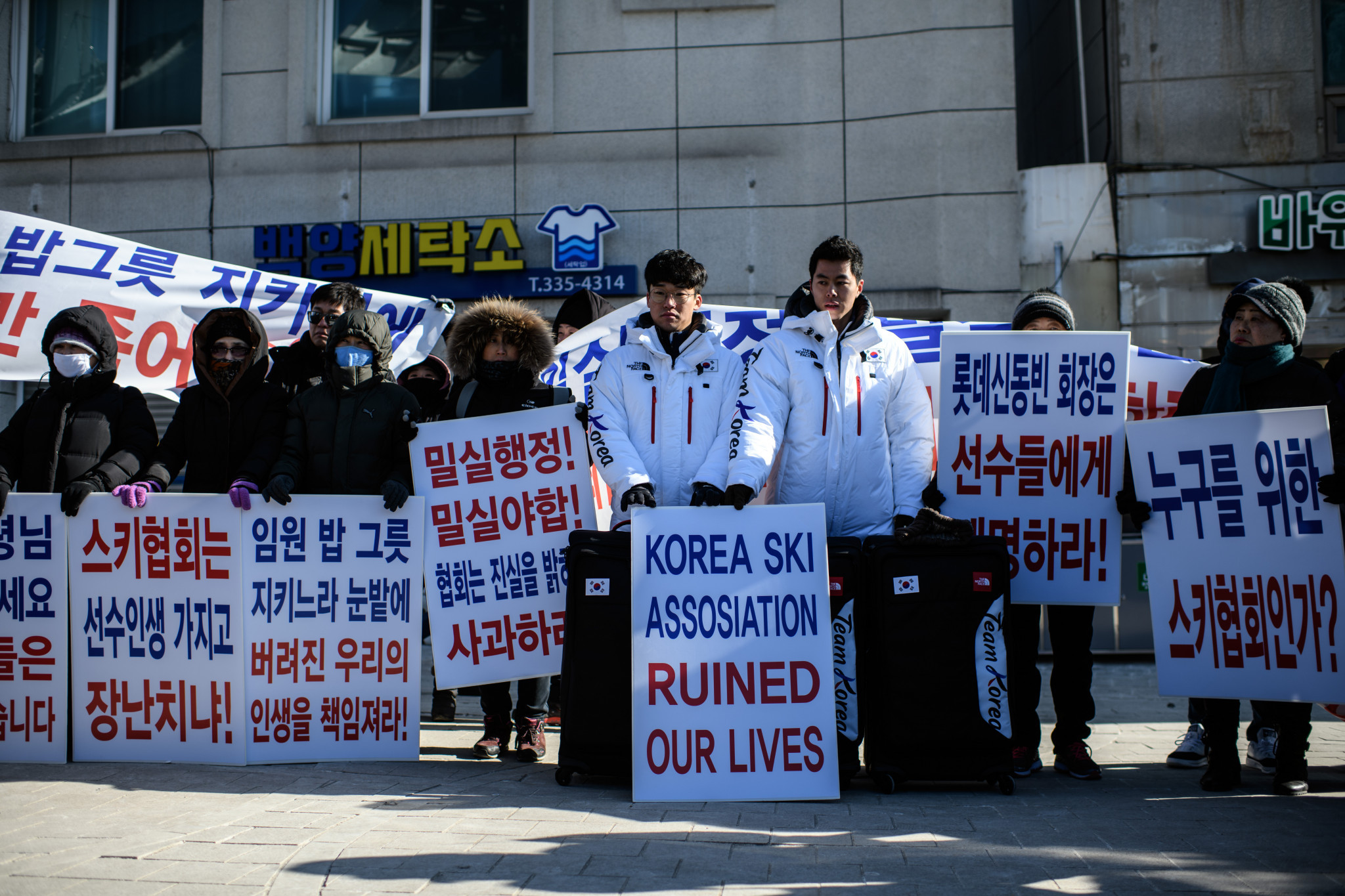 Athletes who criticised the Korea Ski Association (KSA) for their selection process prior to the 2018 Winter Olympic Games in Pyeongchang could face punishment after the governing body launched an investigation into their conduct.

The KSA revealed its Disciplinary Committee would review their behaviour before deciding on whether they should face sanctions.

Alpine skiers such as Kyung Sung-hyun were upset at how the KSA chose its team to compete at the Winter Olympics in February.

Some took to social media and other outlets to voice their concerns over the process after the KSA selected nine athletes for a training camp before whittling the squad number down to four at short notice.

Kyung, who failed to earn the selection even though he had attended South Korea's Olympic team launch ceremony wearing the national team uniform, filed a court injunction against the KSA to suspend its selection.

He alleged the KSA Technical Committee held a meeting without the chairman and did not comply with the voting rules.

Protests were then held in the lead-up to the Pyeongchang 2018 against the KSA.

"Ahead of the Pyeongchang Olympics, some athletes made untrue claims through media interviews and their social media," an official from the KSA said, according to the Yonhap news agency.

"We're trying to review those actions through a discipline committee to find out whether they are subject to punishment.

"We're not trying to punish these skiers just because they criticised our decision.

"We want to check the facts and review whether we should mete out punishment or not."

The Disciplinary Committee are due to decide the next steps at a meeting in Seoul on Tuesday (April 24).