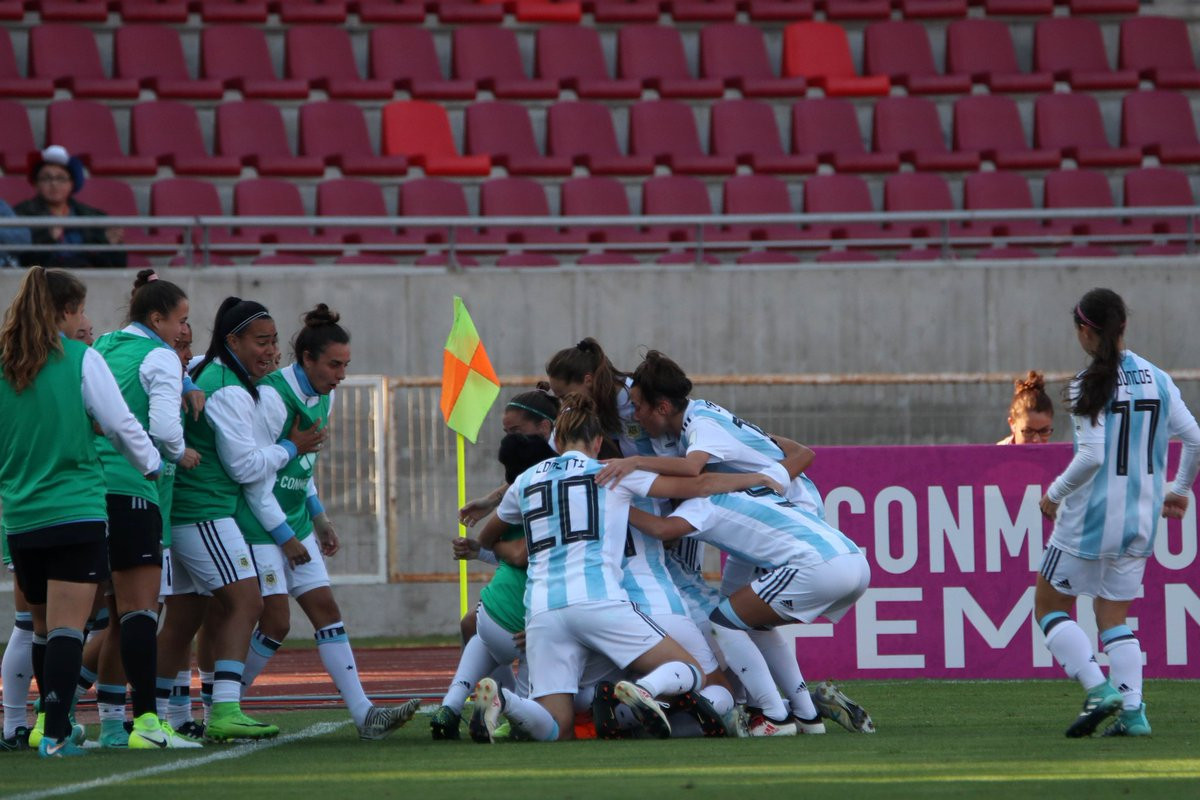 Argentina have pushed themselves to the top of the final stage group of the Copa América Femenina after coming from behind to beat Colombia in La Serena.

Both teams came into this match at the Estadio La Portada knowing three points were vital to ensure they were still in the running at the end of the tournament.

Group A winners Colombia took the lead in the 31st minute through Liana Salazar, who represented her country at the 2012 London Olympics, and they managed to hold onto this advantage until the half-time whistle.

The 2014 runners-up, however, were unable to hold out for much longer after they emerged from the dressing room as Florencia Bonsegundo levelled the match for Argentina just four minutes after the break.

Two-time tournament champions Argentina then continued to apply their pressure and eventually scored two quickfire goals through Sole Jaimes and Mariela Coronel in the 66th and 70th minutes, respectively, to seal the three points and put themselves top of the table.

They are, however, only top of the standings by virtue of alphabetical order after defending champions Brazil beat hosts Chile by a replica 3-1 scoreline.

The six-time Copa América Femenina winners put in an incredible first half performance with goals from Mônica, Beatriz Zaneratto and Thaís Guedes effectively securing the win after just 34 minutes.

Chile's Yesenia López scored a consolation for the Chileans in the 63rd minute but Brazil held out to clinch the victory.

Brazil will take on Argentina in a potential title decider whilst Colombia will come up against Chile.