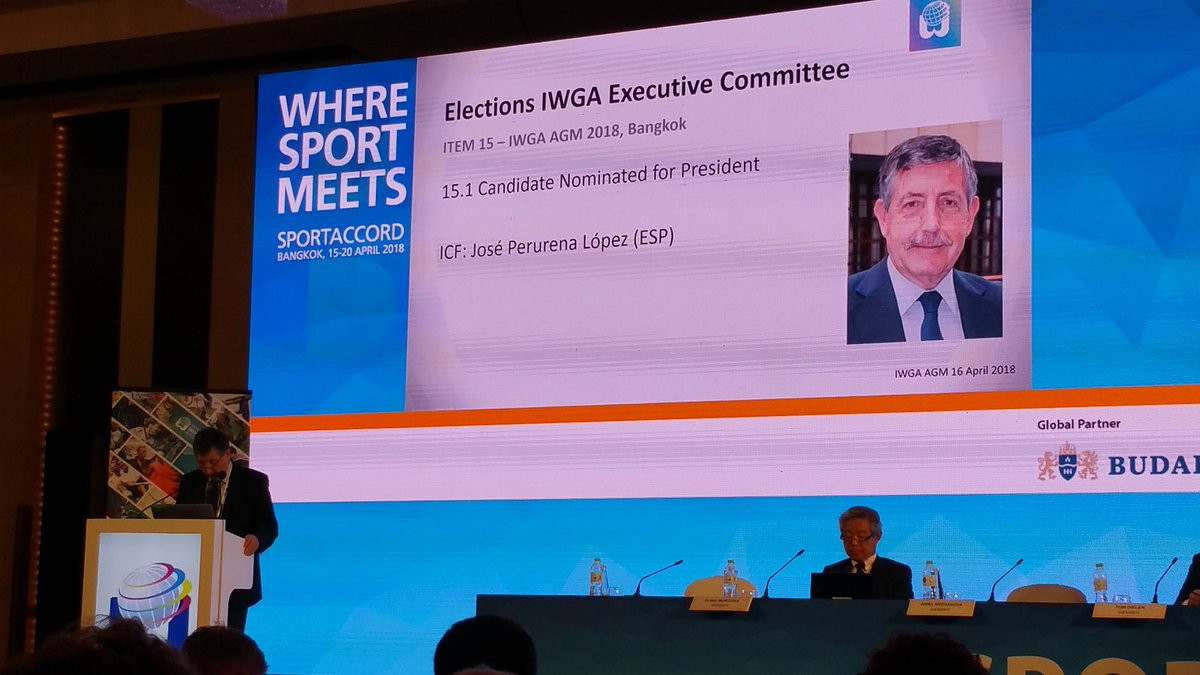 The Spaniard, also President the International Canoe Federation, was chosen at the organisation's General Assembly to continue in a position he has served-in since 2014.

He received 34 votes in support from a full-house of 37 IWGA members as well as one "no" vote, one abstention and one spoiled ballot.

Max Bishop, secretary of the World Air Sports Federation from 1993 until his retirement in 2010, was re-elected as vice-president, a role he has held since 2006.

All three were unopposed and both Bishop and Hinder received 35 votes in favour.

Perurena said before his election that he hopes to see the IWGA avoid the "scandals" that have affected other sporting organisations.

"You have elected a strong team," he said afterwards.

He then priorities securing a host for the 2025 World Games and insisted how there is no chance of the event ever being integrated into the Global Association of International Federations.

The Spaniard was challenged today in the opening part of the General Assembly by Harald Vervaecke, secretary general of the International Lifesaving Federation he had beaten by 24 votes to 12 in the election four years ago.

Vervaecke criticised Perurena's public remarks made after last year's General Assembly in which Spaniard had expressed his disappointment in the membership for not approving a motion he proposed on adding seven new members - mainly from Olympic sports - to the IWGA.

Anna Arzhanova, Antonio Espinós and Jan Fransoo, the respective Presidents of the World Underwater Federation, the World Karate Federation and the International Korfball Federation were also elected to the IWGA Board along with World Flying Disc Federation (WFDF) executive director Volker Bernardi.

Current Board members Tom Dielen from World Archery and the WFDF's Fumio Morooka did not seek re-election.