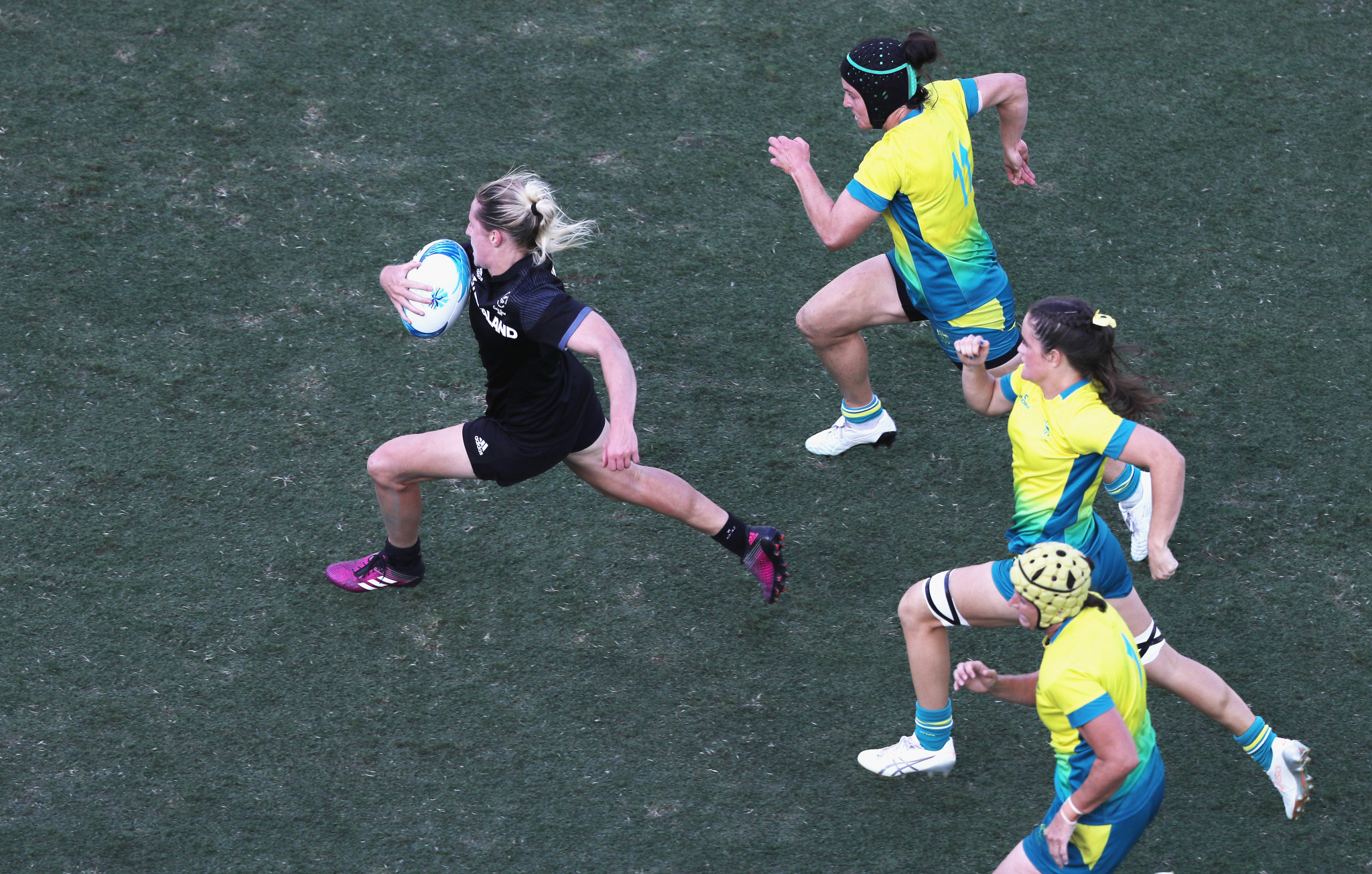 The debut of women’s rugby sevens at the Commonwealth Games concluded with a fittingly dramatic finale at the Robina Stadium today.

Hosts Australia were able to fight their way back into the contest, with New Zealand having led at half-time of the gold medal match.

Women’s world rugby player of the year Portia Woodman scored her eighth try of the tournament, before Michaela Blyde added a second to give New Zealand a 12-0 led.

Australia hit back in the second period, with Emilee Cherry and Ellia Green levelling the score.

The two teams were forced to play an extra period, after the scores finished level at 12-12 at the end of normal time.

Having dramatically lost the women’s netball final to England in the dying seconds only minutes earlier, Australia would suffer a similar heartbreak as the opening period of extra time drew to a close.

Kelly Brazier was able to step through an Australian tackle near New Zealand’s 15 metre line, before streaking towards the other end of the pitch.

Despite the Australian team’s best efforts, they were unable to catch Brazier and prevent her from scoring a match winning try, which gave New Zealand a 17-12 victory.

"I'm so proud of all the girls, it's been an amazing run over the last eight weeks.

"To bring it home in an atmosphere like that was incredible, the support we've had from all the fans, really boosted us."

The result also offered New Zealand some revenge, having been beaten by Australia in the Rio 2016 Olympic gold medal match.

Bronze was earned by England, after they emerged as 24-19 winners against Canada.

England had earlier lost 26-5 to New Zealand in the semi-finals, while Canada had been beaten 33-7 by Australia.

New Zealand were also able to celebrate gold in the men’s competition, the final event of the Games.

They booked their place in the final by beating England 17-12, with Olympic champions Fiji triumphed 24-19 in their last four encounter.

Tries from Regan Ware and Etene Nanai-Seturo helped give New Zealand a 14-0 cushion over Fiji in the gold medal match.

Fiji were unable to stage a fightback, as their hope of a maiden Commonwealth Games gold medal were extinguished.

Having claimed victory, New Zealand have now won five of the six men’s tournaments at the Games, with the only blemish coming when they lost to South Africa in the Glasgow 2014 final.

South Africa would miss out on the podium entirely in Gold Coast, after they were beaten 21-14 by England in the bronze medal match.