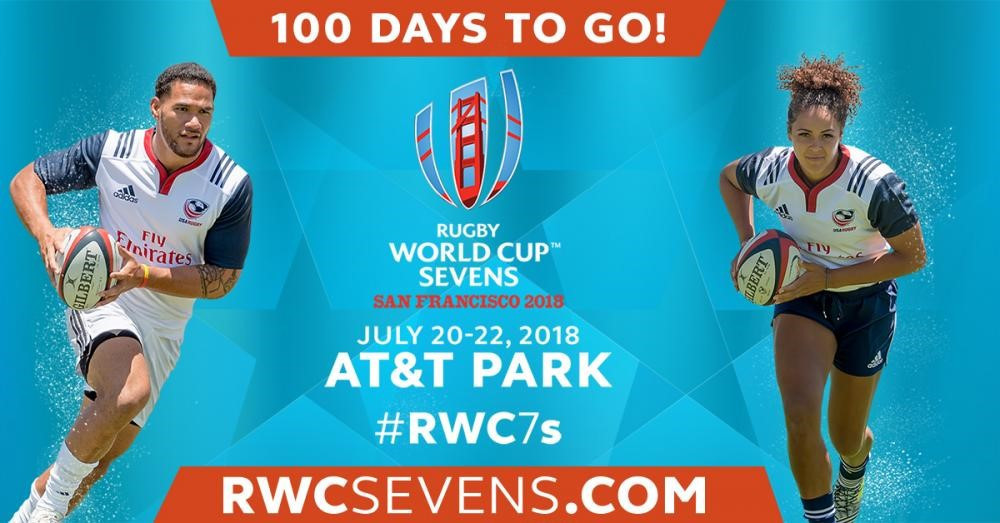 Tournament seedings have been announced today to coincide with the 100-day anniversary of the Rugby World Cup Sevens 2018 in San Francisco.

An online call has also been made for players and fans to embrace the event using the hashtag #MakeYourMark.

The tournament is due to take place over three days in the AT&T Park in San Francisco's Bay Area from July 20 to 22.

It will mark the first Rugby World Cup of any description in the United States and the first major international rugby event to be played in a baseball stadium.

It will also mark the first sevens event to feature a new, innovative format that will ensure every match counts if teams are to win a medal.

England are seeded fourth and hosts the US, winners of the recent Las Vegas World Cup leg, fifth.

A total of 24 teams will feature in a straight knock-out format.

Holders New Zealand are top seeds in the women's draw in front of Olympic champions Australia.

Canada are seeded third, Russia fourth and the US fifth.

The draw has not yet taken place.

"Not only is it the first Rugby World Cup event in the USA, but we have are introducing an innovative schedule that will mean teams wishing to lift the iconic Melrose Cup and Women’s Rugby World Cup Sevens Trophy will need to win every match,

"We believe that this format will be popular with fans, further reflecting our mission to deliver an outstanding experience for fans and teams in one of the world’s best-known and best-loved cities."

More than 60,000 tickets have reportedly been sold already, with more still available.