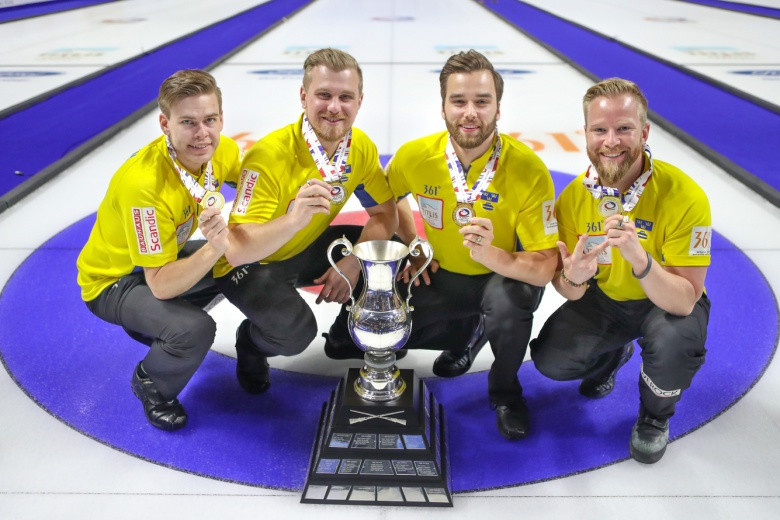 The Swedish team, skipped by Niklas Edin, overcame their Canadian opponents 7-3 at the Orleans Arena.

The victory handed Sweden their first gold medal at the event since they topped the podium at the 2015 competition in Halifax and ended Canada's bid for a third straight title.

"World champion - sounds amazing to me and we’ve got a couple of guys who haven’t won it before, it’s just amazing," said Edin.

"For the team to really be on top after the Olympic loss and losing the world final last year is great.

"We played good all week and I’m just thrilled to have won a worlds again.

"We tried to keep up our game and not make any silly mistakes.

"We did that, so they had no chance of getting back after they lost that stolen two."

Edin added: "I’m really happy with the win and the way the boys have played all week.

"This week has been the most exhausting week I can remember.”

A further point seal extended their advantage to 5-0 before Canada finally got on the scoreboard.

Sweden added to their score in the seventh end when Edin hit out a Canadian stone to increase his team’s lead to 7-1.

Canada then scored two but conceded quickly after as Sweden were crowned world champions.