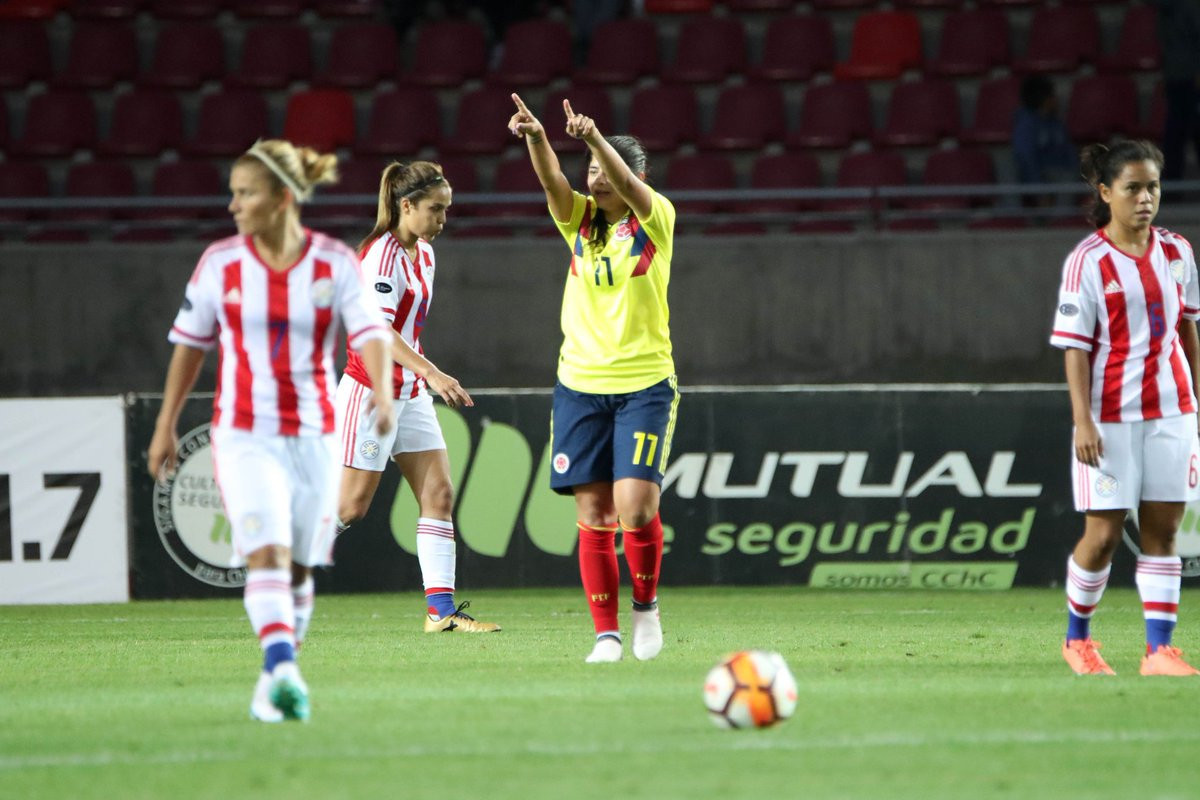 A hat-trick from Catalina Usme saw Colombia claim their second victory at the Copa América Femenina in Estadio La Portada in La Serena.

The tournament top scorer was looking to add to the five goals she had scored in the opening two games in Group A.

Paraguay looked set to hold their opponents to a stalemate in the first-half of the top of the table contest before Usme struck with four minutes until the half-time break.

Usme scored twice in the early stages to complete her hat-trick, taking her to eight goals from three matches.

Diana Ospina struck with 20 minutes of play remaining to put Colombia 4-0 up before Leicy Santos added a fifth 10 minutes later.

A consolation effort from Damia Cortaza saw the tie end 5-1 to Colombia.

Both Peru and Uruguay were hoping to get their campaigns back on track, having lost their opening matches of the tournament.

The two teams would earn their first point, but were left frustrated as the match ends in a draw.

Peru’s Gretta Martinez opened the scoring before half-time only for Yamila Badell equalised for Uruguay in the second half.

The results see Colombia top the standings on seven points from three games, with Paraguay lying in second place on four points.

Chile lie in third place on two points from their two games, with Peru and Uruguay behind on one point.

Group B is due resume tomorrow with teams seeking to close on leaders Brazil, who have two wins to date.

Argentina will search for their second win when they take on Ecuador, after Venezuela take on Bolivia.

Both matches are due to take place at the Estadio Municipal Francisco Sánchez Rumoroso in Coquimbo.

The group stages are set to conclude on Saturday (April 13).