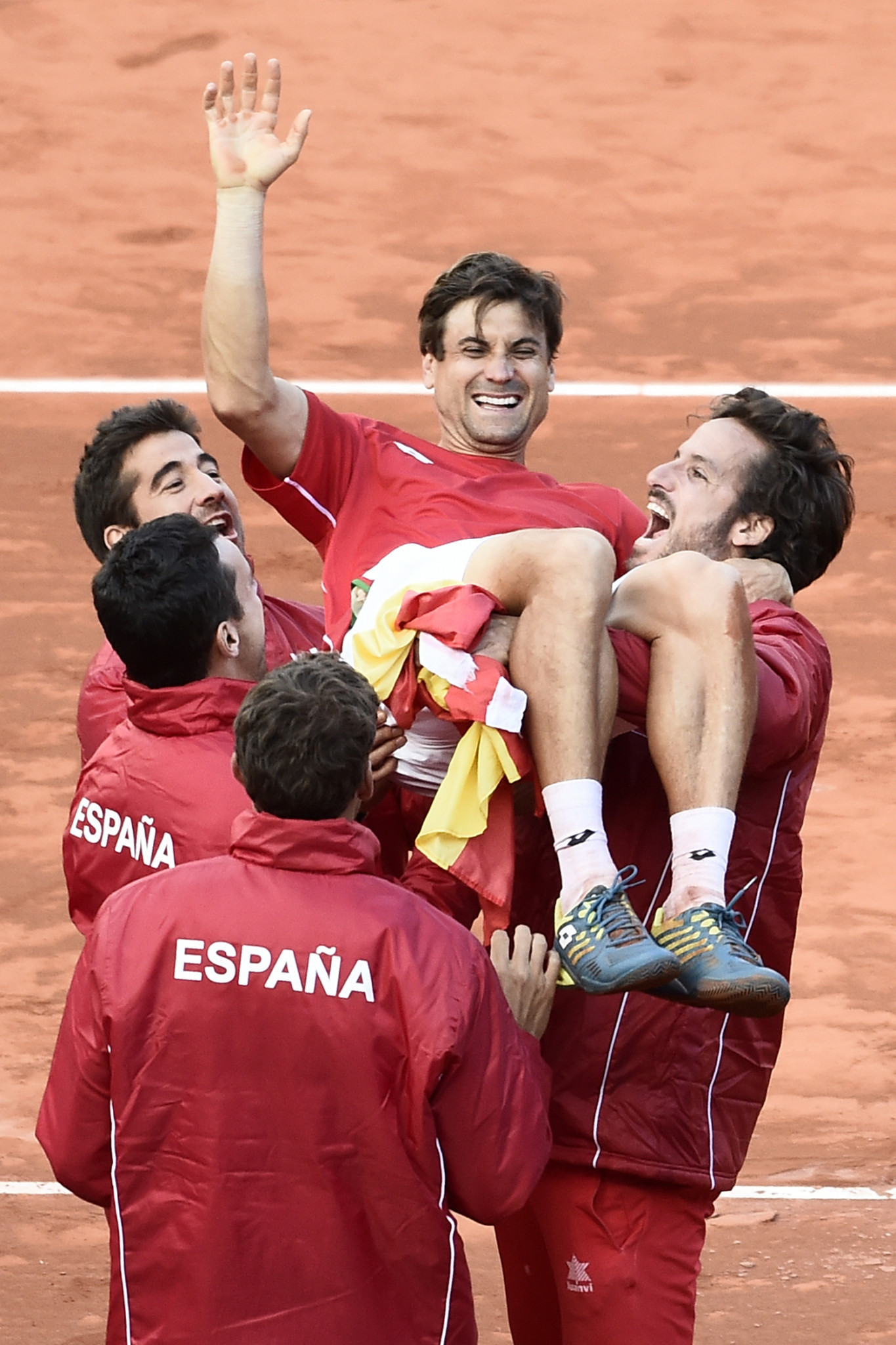 Spain came from behind to reach the Davis Cup World Group semi-finals after Rafael Nadal and David Ferrer won the two remaining singles matches against Germany today to give their home team a 3-2 win.

Spain, playing on the clay of Valencia’s Plaza de Toros, have not lost a home Davis Cup tie since 1999 and will now travel to meet defending champions France, who defeated Italy 3-1 in Genoa.

Croatia completed a 3-1 home win over Kazakhstan to earn a semi-final meeting with the United States, who didn’t require to go to the third day after securing a 3-0 scoreline over last year’s runners-up Belgium by winning yesterday's doubles in Nashville.

Nadal's 6-1, 6-4, 6-4 win over world number four Alexander Zverev, which brought the tie back to 2-2, extended to 24 his record of unbeaten Davis Cup matches in combined singles and doubles.

But, with Nadal a vocal presence courtside, it was 36-year-old veteran Ferrer who proved to be the ultimate hero as he won a titanic struggle with Philipp Kohlschreiber in the deciding rubber, coming through 7-6, 3-6, 7-6, 4-6, 7-5 in a match lasting just under five hours.

"I want to enjoy this moment," said Ferrer.

"For me it's one of the best days of my life and I want to enjoy it this week."

After Spain's first World Group semi-final place since 2012 was confirmed, their Davis Cup captain Sergi Bruguera said: "I feel so much emotion.

"The match that they both played was unbelievable.

"This is very special for David, who we all love.

"He is one of the greatest people on the circuit and he deserves a match like this.

"I think both deserved to win.

"I think Philipp played one of the best matches I have ever seen him play.

"The match was an incredible level of tennis and incredible intensity."

France, 2-1 up overnight at the Valletta Cambiaso ASD, advanced thanks to Lucas Pouille, winner of the decisive fifth rubber in last year's final against Belgium.

Marin Cilic emulated Pouille in settling Croatia's tie after they resumed with a 2-1 lead.

The United States had already won their match against Belgium at the Nashville’s Curb Event Center, after winning the first three matches.

The final rubber was not played.