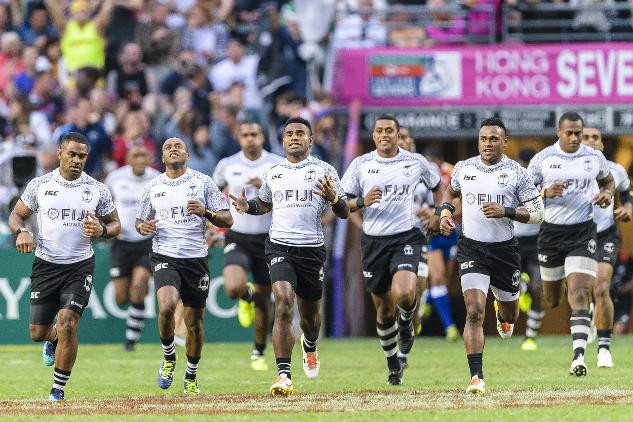 Fiji warmed up for the Gold Coast 2018 Commonwealth Games with a historic 24-12 win over Kenya in today's Hong Kong final - becoming the first side to secure this World Rugby Sevens Series title four times in a row.

Fiji's record as the outstanding all-time performers in Hong Kong has been further strengthened as they now have 18 wins from 28 finals, well clear of New Zealand, with 11 wins from 22 finals.

Captain Seremaia Tuwai, speaking after today's final in the Hong Kong Stadium, said: "I'd like to thank my boys for the team effort and thank the Kenyan team for a good game.

"Hong Kong is always special for us - we respect and honour the tradition that Fiji has with the Hong Kong Sevens."

Fiji beat South Africa 26-24 in the semi-final while Kenya had advanced with a 21-12 win over New Zealand.

Tuwai will now lead his team of Olympic champions to Australia, where Fiji will contest their first Commonwealth rugby sevens tournament since the Melbourne Games of 2006.

The Pacific nation did not take part at Delhi 2010 due to the country's membership of the Commonwealth being suspended because of a military coup.

Their suspension was lifted in time to compete at Glasgow 2014 but too late for their rugby sevens team to participate.

Fiji will take on Wales, Uganda and Sri Lanka in Pool D of the men's tournament on the Gold Coast in Australia.

Three legs of the season remain.

Earlier in the day there was another historic moment, this time for Japan, who earned a place in next season's World Rugby Sevens Series courtesy of a 19-14 win over Germany in the men's qualification tournament.

It came thanks to a try inside the final 15 seconds from Masahiro Nakano, with Japan now given core status and automatic qualification to every 2018-2019 event.

They had beaten Ireland 12-7 in their semi-final while Germany progressed thanks to a 19-12 win over Chile.

After his side had inflicted Germany's second successive defeat in a qualifier final, Japan's head coach Damian Karauna said: "It's great for us.

"We've worked really hard to get back and we're able to get that consistency now and keep up with World Series teams."

South Africa claimed third place in the Hong Kong Sevens with a 29-7 win over New Zealand.

Argentina defeated the United States 14-12 in the fifth-place match.

France won the Challenge Trophy with a 33-7 victory over Canada.