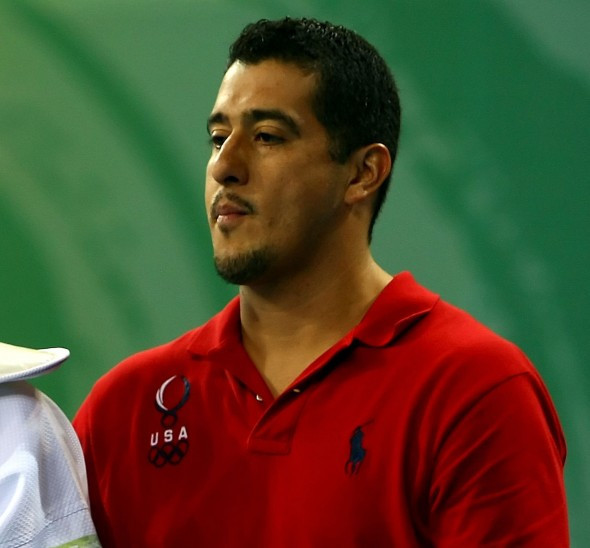 Leading coach Jean Lopez has been suspended from all World Taekwondo events after allegations of sexual misconduct in the United States.

Lopez, brother of two-time Olympic champion Steven and a former coach for USA Taekwondo, was under investigation by the US Center for Safe Sport, set-up last year to investigate child abuse and sexual assault cases.

The 44-year-old was included in its list of disciplinary records as being permanently ineligible for all events within the US, although this did not extend internationally.

The world governing body have now extended this to all events they sanction pending a final decision by SafeSport.

"World Taekwondo will not be making any further comment until the appeal process has concluded and the decision by SafeSport has been finalised.

"Safeguarding athletes and protecting them from harassment and abuse is a major priority for World Taekwondo, and we welcome SafeSport's attention to this matter.

"World Taekwondo is committed to doing everything we can to implement effective safeguarding policies and procedures which not only prevent these deeply regrettable incidents from happening in the future, but also allow anyone who may have experienced abuse or who may be aware of it to feel confident and secure in coming forward and reporting problems."

Lopez has already told Houston television station KPRC that he plans to appeal the decision because "it is an absolute fact that these claims against me are not true".

USA Today reported that three women alleged sexual misconduct by him dating back to 1997, and one of those filed a complaint with the national governing body in 2006.

As well as coaching Steven throughout his career, Jean Lopez also trained siblings Mark and Diana Lopez to Olympic medals at Beijing 2008 and coached the US team in four Olympics.

"This matter concerns a decades long pattern of sexual misconduct by an older athlete/coach abusing his power to groom, manipulate and, ultimately, sexually abuse younger female athletes," read a SafeSport statement, according to a report published by USA Today.

"Given the number of incidents reported over a span of several years and by multiple reporting parties, most of whom have no reasonable motive to fabricate an allegation - much less multiple, distinct incidents - of misconduct, the totality of the circumstances clearly shows a recurrent pattern of behaviour on the part of Jean."

Lopez is one of the biggest stars in the history of the sport and appeared at a special World Taekwondo press conference during Rio 2016 - after the allegations were first made and the USA Taekwondo probe had begun - to promote the sport.

The 39-year-old has denied wrongdoing and told the Houston Chronicle that he intends to keep competing through until Tokyo 2020.

Named after the Tunisian city where the Council were meeting, the initiative has seen the governing body pledge to take all "relevant measures for the prevention of injury and protection of athletes from all types of abuse".