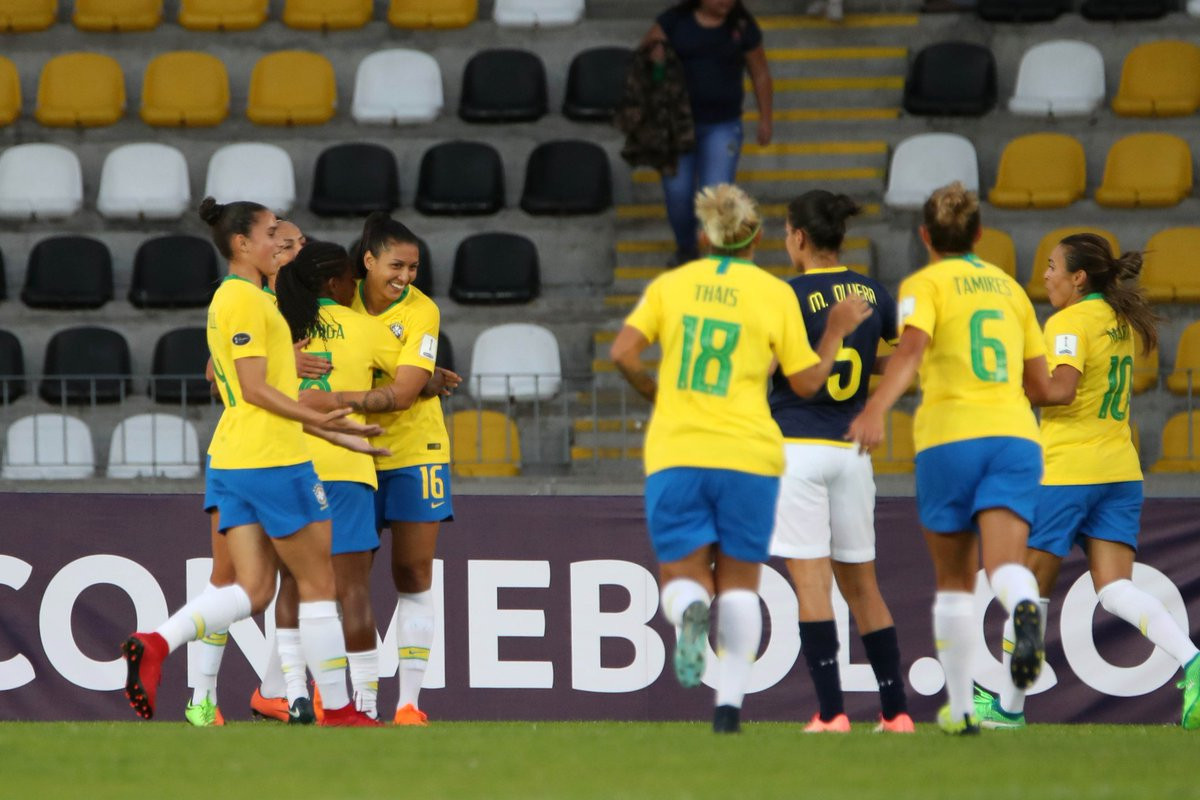 Defending champions Brazil sent a message to their rivals at the Copa America Femenina by thrashing Ecuador in Coquimbo in Chile.

The Brazilian team opened up their opponents at will, as they racked up an impressive margin of victory at the Estadio Municipal Francisco Sánchez Rumoroso.

Cristiane and Bia Zanaretto both completed their braces in the second-half.

Andressinha, Formiga, Rafaelle and Debinha also found their way on to the scoresheet as Brazil completed an 8-0 win.

The result keeps Brazil at the top of the Group B standings, with the the six time champions having earned wins from both of their matches so far.

Earlier in the same stadium, Argentina recovered from their loss to Brazil by overcoming Bolivia.

A first-half penalty from Soledad Jaimes opened the scoring, with the same player striking from open play as half-time approached.

Victory was sealed for the Argentine team when Mariana Larroquette scored with 20 minutes remaining, sealing a 3-0 win.

Argentina are now joint second with Venezuela in the group standings, although their rivals have a game in hand.

Group A is due to continue tomorrow with the headline clash being a battle between Colombia and Paraguay.

Both teams have four points from two matches to date, putting them top of the standings so far.

Uruguay and Peru will hope to claim their first points of the tournament when they clash at Estadio La Portada in La Serena.

Teams are scheduled to play each other once in the group stage in the hope of ending in one of the top two spots, which will put them through to the final stage.