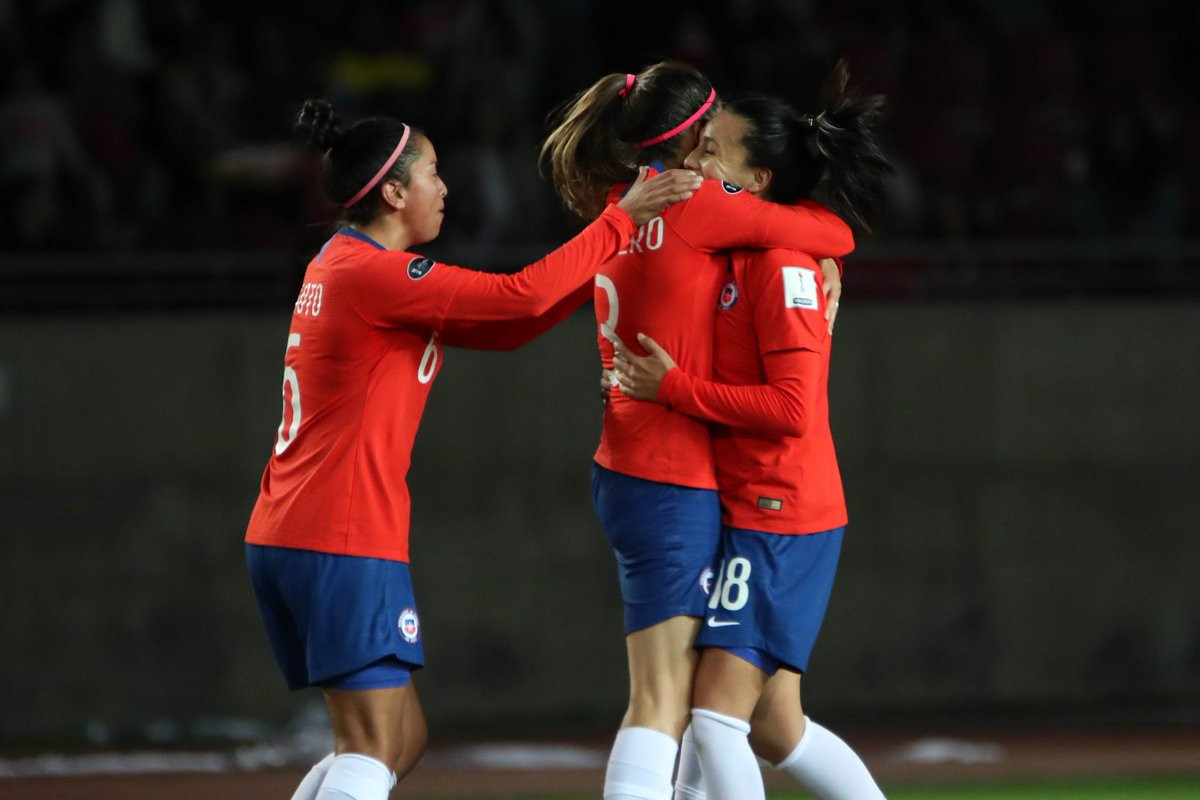 Hosts Chile are still seeking their first victory at the Copa América Femenina after they were held to a second successive draw at the Estadio La Portada in La Serena.

The Chilean team were likely to face a tough test against the 2010 and 2014 runners-up Colombia, who had begun their campaign with a 7-0 success against Uruguay.

Both teams proved evenly matched during the opening half of the tie before Catalina Usme struck four minutes after the break to give Colombia the lead.

Usme went close to doubling Colombia’s lead shortly afterwards and Chile survived and came on strong in the latter stages.

Camila Saéz drew the host nation level with 10 minutes to play after being found by a Carla Guerrero pass.

The draw leaves Chile in third place in the Group A standings, two points adrift of leader’s Colombia, who have four points.

Colombia top the standings on goal difference from Paraguay, who built on their draw against Chile by beating Peru.

Natalia Peña opened the scoring 25 minutes into the second half of their match, with Jessica Martínez doubling Paraguay’s advantage five minutes before the full-time whistle.

Amanda Peralta added further gloss to the scoreline, adding a third for Paraguay in injury time.

Group B is due to continue tomorrow when holders Brazil go in search of their second victory of the tournament when they meet Ecuador.

Argentina will hope to bounce back from their defeat to Brazil when they face Bolivia, playing their first match of the competition.