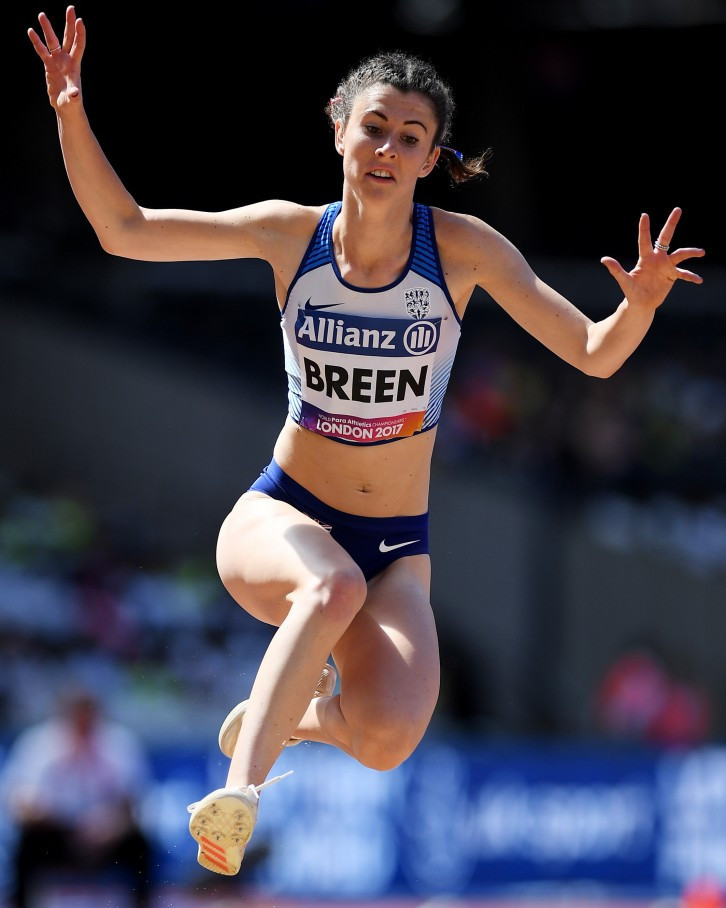 The father of T38 long jump world champion Olivia Breen has claimed there needs to be an independent body in charge of classification selections for British Para-athletes and has vowed to bring about change to that effect.

Michael Breen was among those to give evidence at the United Kingdom Government's Digital, Culture, Media and Sport Committee (DCMS) hearings on the issue of Paralympic sport last October.

The hearings were held after allegations surfaced of cheating and interference in a number of Paralympic disciplines.

Breen alleged that athletes did not speak out because they had been "intimidated and bullied".

Breen re-counted a conversation with British Para-athletics head coach Paula Dunn in which he claimed she suggested Paralympic 100 metres champion Sophie Hahn was competing in the wrong category.

In a submission, the International Paralympic Committee (IPC) responded robustly to the charges, saying: "From his oral evidence, it is perfectly clear that Mr Breen - who has no expertise, qualification or training in the area of athlete classification - does not have a proper understanding of the subject.

"It is greatly concerning for all involved that his testimony contained so many factual inaccuracies that did nothing but serve his own objectives."

In an exclusive interview with the Haslemere Herald, Breen has claimed he now considers himself "spokesperson for athletes parents and coaches" and that he is "campaigning for classification with integrity".

"But national classification by UK Sport is not a very robust system.

"I believe the International Paralympic Committee needs to completely re-classify all the T and F31 to 38 classes, but with professional classifiers which must include a medical doctor on every panel.

"The problem the IPC currently has with UK Athletics is every class presents a fundamental conflict of interest - by giving classification selections to the same people who are responsible for gold targets.

"There needs to be an independent body - and a compulsory requirement for a medical professional to be on the classification panel - and I am looking to get it changed."

Also giving evidence at the DCMS hearings was 11-time Paralympic gold medal-winning wheelchair racer Baroness Tanni Grey-Thompson, who told Members of Parliament that British athletes were threatened with not being selected if they spoke out about classification concerns.

In February, the British Paralympic Association (BPA) published a UK Athlete Classification Code clearly setting out athletes' rights and responsibilities, and offered for the first time to deal directly with any potential grievances over mis-classification or intentional misrepresentation.

The BPA claimed they consulted with more than 390 stakeholders, including sports and athletes, throughout the drafting of the Code, which took more than a year to complete.

A spokesperson for the body said that the Code had not been published in response to the concerns raised at the hearings.

Breen claimed sport needs to be given back its integrity.

"It is no longer appropriate to carry on with the current system of classification," he told the Haslemere Herald.

"It needs to be wholly objective and is at present a fundamental problem.

"Classification should be done by professionals.

"It should be compulsory to have a doctor present to oversee all medical records, as well as a physiotherapist and coach.

"This is not done at the moment and international classification can be done in Britain, which can give some athletes an advantage.

"Changes need to be made so people can see what is real and what is fake."

Olivia Breen, who has cerebral palsy, has travelled here to compete in the 2018 Commonwealth Games for Wales.

Hahn, meanwhile, is scheduled to contest the women's T38 100m.

In a statement responding to Breen's claims, she said that "it is distressing for any athlete who is in the correct class in Para-sport to face such repeated and unfounded allegations".

Classification establishes who can and cannot compete in Paralympic sport and groups athletes into sport classes, depending on how much their impairment impacts functional activities in each specific sport or discipline.

"At the same time we seek to improve the processes whereby classification concerns can be heard and voiced without fear, it needs to be noted that those who make complaints to the IPC also have a certain responsibility to accept merited results of an investigation," the IPC added in its submission.