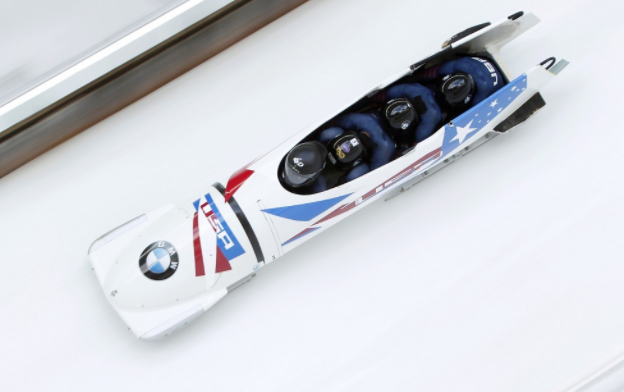 International Bobsleigh and Skeleton Federation (IBSF) Executive Committee members have voted in favour of proposing four-woman bobsleigh for Winter Olympic Games inclusion at Beijing 2022 but the body's President Ivo Ferriani has made it clear he would prefer a female monobob event.

Members of the ruling Board voted by a 4-3 majority to push for four-woman bobsleigh, rather than a new solo monobob event during a conference call last week.

It followed a report by a working group chaired by IBSF vice-president Adam Pengilly.

It was decided afterwards, though, that the result of the vote would not be binding because, when "important decisions" are taken, "further information" should be provided if there is "no clear majority" within the IBSF Executive Committee.

Ferriani has requested for Pengilly's panel to "gain further and more detailed information about the possible participation numbers, the financial investment for National Federations as well as the IBSF and all sustainability aspects".

Another meeting is expected to be scheduled in the "next days" for further discussions.

"The gender equality topic is very important to the IBSF - in order to gain it we need to analyse how to enhance the participation of female athletes in our sports," Ferriani, an International Olympic Committee (IOC) member, told insidethegames.

"Therefore the women's monobob and the four-woman bobsleigh are under discussion.

"It is our obligation to develop sustainable and affordable disciplines for our Member Federations.

"In order to recruit new female athletes and build the next generation of female pilots we need to have the women's monobob.

"Additionally the currently active and well experienced two-woman's bobsleigh athletes shall have the opportunity to develop a four-woman bobsleigh event."

Ferriani claimed he is "fully supporting the four-woman bobsleigh to be a goal on the long-term, but to enhance the participation of female athletes I am convinced the women's monobob will be the starting point and the discipline the IBSF should invest and focus its development".

"At the same time we can give the experienced female athletes the possibility to participate in a dedicated four-woman bobsleigh event," he added.

"We already have very good experience from the Youth Olympic Games with the monobob discipline but we need to gain experience in the four-woman bobsleigh event, yet."

The IBSF have already proposed a new team event for Beijing inclusion consisting of male and female skeleton events as well as two-man bobsleigh and women's bobsleigh.

They do not have much time to propose further events because the IOC are due to make a final decision on the programme in June.

A decision to propose monobob would make less difference to the current entry imbalance in the sport as far more men would be entered in their four-man event than in a solo women's one.

The IBSF are also aware of the danger of over-promoting a four-person competition when standards and entry numbers are still very low.

But Olympic inclusion could also act as a catalyst to improve this.