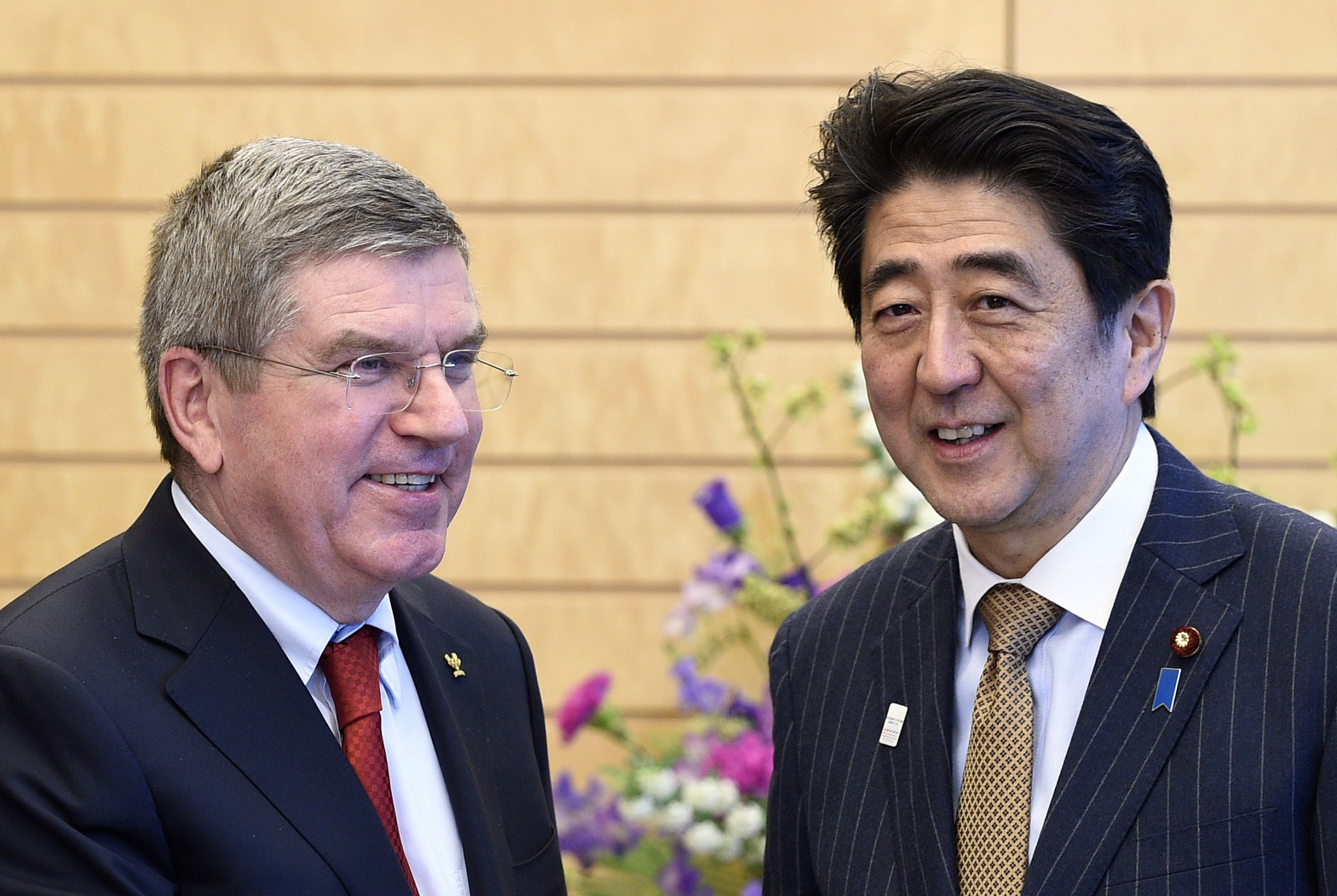 A statement on the Japanese Ministry of Foreign Affairs website today confirmed that the pair had spoken for around 30 minutes.

They discussed the meetings Bach had last month with North Korean Supreme Leader Kim Jong-un during a meeting in Pyongyang.

Kim supposedly committed to North Korean participation at both Tokyo 2020 and 2022 Winter Olympic Games in Beijing.

Abe reiterated his commitment to work closely alongside the IOC, the statement said, to ensure the success of Tokyo 2020.

According to Japanese reports, however, Abe also said that they must pay attention to the feelings of citizens over North Korea because of the "abduction issue".

A total of 17 Japanese citizens are officially recognised by the country's Government as having been abducted by agents of the North Korean Government during a period of six years from 1977 to 1983.

"It is a good thing if denuclearisation in the North is done, but nothing has been concretely shown yet," he was quoted as saying by Nikkan Sports.

"I will keep watching with expectation.

"One of the reasons for showing a cautious attitude was a family abducted by the abductees."

Bach, though, has claimed that the North Korean participation in this year's Winter Olympic Games in Pyeongchang was a "major step" which has opened the door towards joint talks between the two Koreas and a meeting between Kim and United States President Donald Trump.

A total of 22 athletes from North Korea competed and both the North and South, which are still technically at war after the Korean War ended with a ceasefire rather than a peace declaration in 1953, marched together at the Olympic Opening Ceremony.

Further moves saw a squad of cheerleaders deployed and, arguably most significantly of all, a high-level North Korean delegation travelled which included Kim Yo-jong, sister of the leader.

"The joint march sent a strong message of peace," Bach has said in his latest comment on the issue.

"Now, on the political level, the discussions can continue in the Olympic spirit of understanding and peace.

"We will continue to accompany this political dialogue through sport, by helping athletes to prepare for and compete in future editions of the Olympic Games."