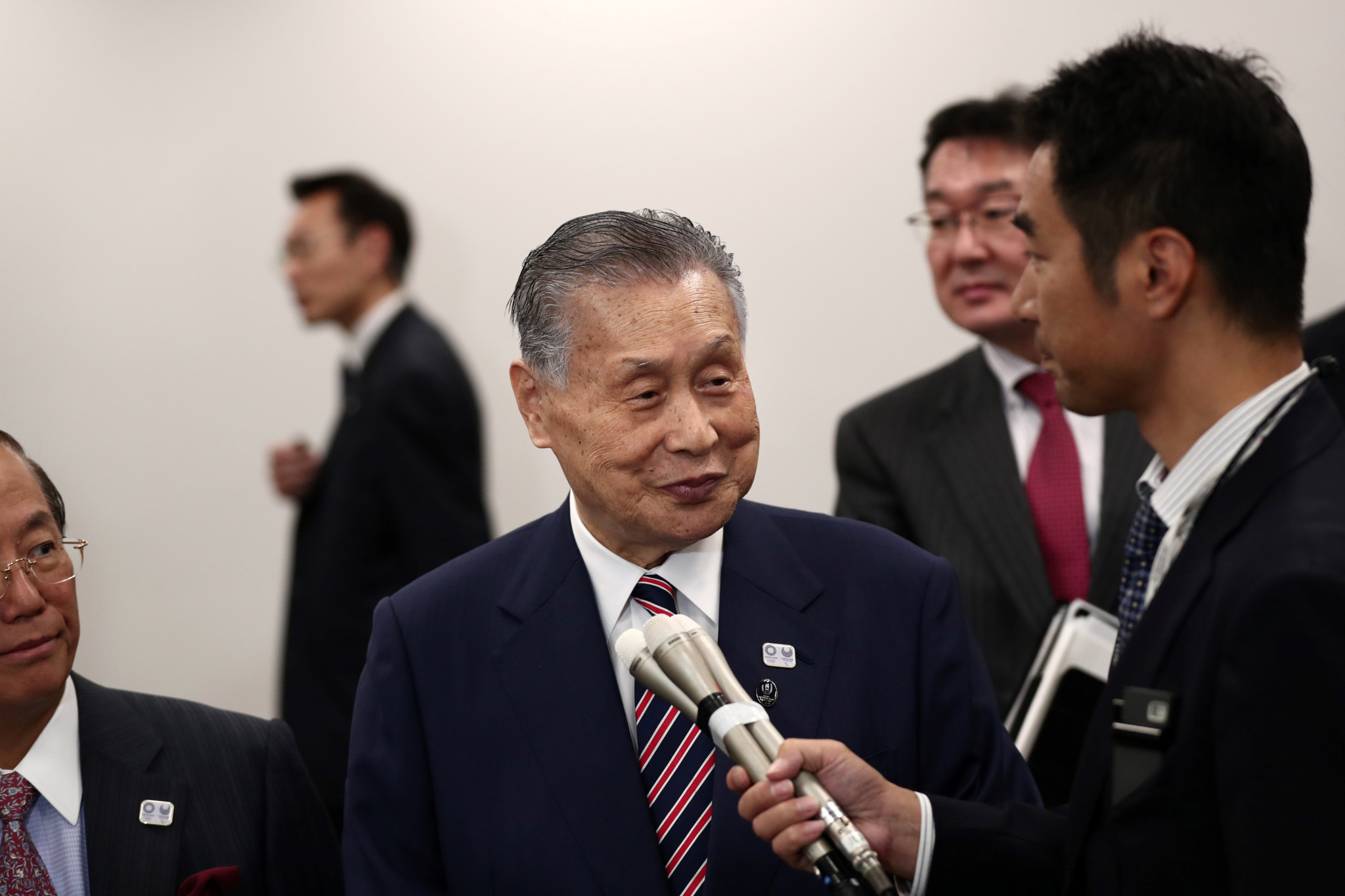 He spoke after IOC President Thomas Bach revealed how North Korean Supreme Leader Kim Jong-un had committed to participating at the Tokyo 2020 and Beijing 2022 Olympic Games following a meeting last week in Pyongyang.

Mori, a former Japanese Prime Minister, emphasised that there had been no concrete changes in North Korea's nuclear programme and highlighted the troubled nature of relations between the two countries.

"It is a good thing if denuclearisation in the North is done, but nothing has been concretely shown yet," he was quoted as saying by Nikkan Sports.

"I will keep watching with expectation.

"One of the reasons for showing a cautious attitude was a family abducted by the abductees.

"It is a big problem to get into a country of people and take away them and abduct them without forever returning them, I hope that you will be able to tell the story well with the Japanese feelings."

Seventeen Japanese citizens are officially recognised by the country's Government as having been abducted by agents of the North Korean Government during a period of six years from 1977 to 1983.

Bach, though, has claimed that the North Korean participation in February's Winter Olympic Games in Pyeongchang was a "major step" which has opened the door towards joint talks between the two Koreas and a meeting between Kim and United States President Donald Trump.

"We are very happy to see this development [the joint talks]," the German told Japanese newspaper The Yomiuri Shimbun last month.

"It is pretty amazing both with regard to depth and speed, how they used this Olympic momentum to drive this dialogue forward.

"I think this is a major step, because only when you sit together, then you can come to solutions.

"I think we can say that with the initiatives that the IOC took, we have opened the door for this.

"It is our mission to make the world a better place through sports, and we can say so far, mission accomplished, by opening this window of opportunity for the political world."

The build-up to Pyeongchang 2018 last year featured strained rhetoric between Kim and Trump over the former's nuclear programme and missile launches.

Kim, however, made a surprise New Year's Day announcement that his country would be prepared to compete in Pyeongchang.

This led to an IOC-led meeting in Lausanne where the nation's participation was confirmed and details ironed out.

A total of 22 athletes from North Korea competed and both the North and South, which are still technically at war after the Korean War ended with a ceasefire rather than a peace declaration in 1953, marched together at the Olympic Opening Ceremony.

Further moves saw a squad of cheerleaders deployed and, arguably most significantly of all, a high-level North Korean delegation travelled which included Kim Yo-jong - the sister of the leader.

Japanese Olympic Minister Shunichi Suzuki also said today that they will wait for coordination between Tokyo 2020, the IOC and North Korea.

"Our basic position is that it's better to have more countries as the Olympics are a festival of peace," Suzuki was quoted as saying by the Japan Times.

Bach's comments on North Korean participation also seemingly depend on whether athletes from the country qualify places.

This is not expected to be an issue for Tokyo 2020, where there are also Tripartite Commission spots available, but it would be for Beijing 2022.

Pairs figure skaters Ryom Tae Ok and Kim Ju Sik were the only North Koreans to qualify by right for the Winter Olympics in Pyeongchang, but even they required a special quota spot after North Korea missed the registration deadline.