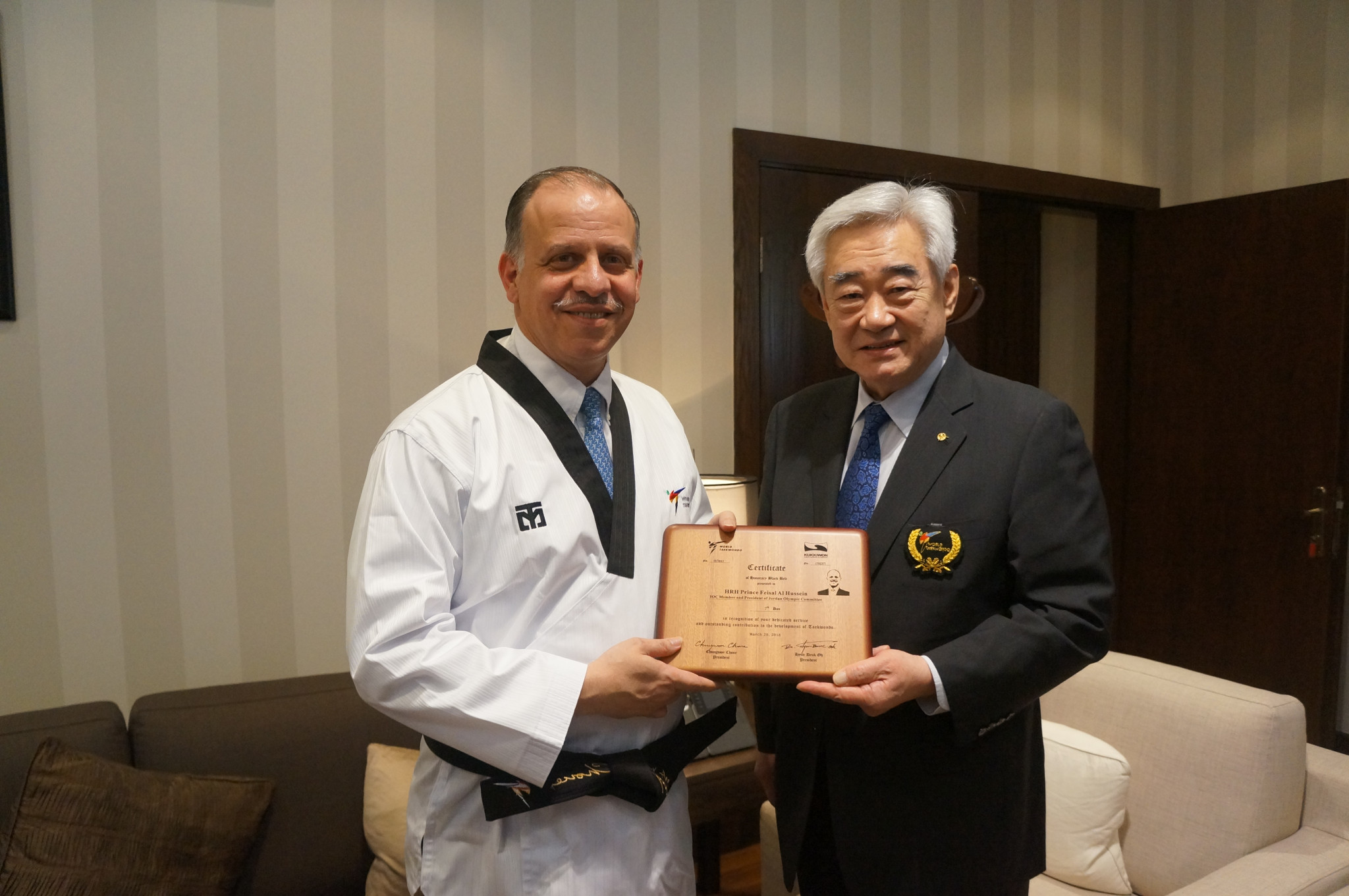 The honour was bestowed on Prince Feisal, who is also the President of the Jordan Olympic Committee, in recognition of the "significant contribution" he has made to the development of taekwondo in his country.

According to World Taekwondo, the sport has developed "enormously" in the Asian nation in recent years.

Nowhere was this more evident than the gold medal won by Ahmad Abughaush in the men's 68 kilograms division at the Rio 2016 Olympic Games.

This was Jordan's first Olympic medal of any colour and in any sport.

Taekwondo has also played a key role at the Azraq Refugee Camp in Jordan, which is home to thousands of people who have fled the conflict in neighbouring Syria.

An Academy set-up by the World Taekwondo-backed Taekwondo Humanitarian Foundation currently teaches the sport to 80 boys and girls.