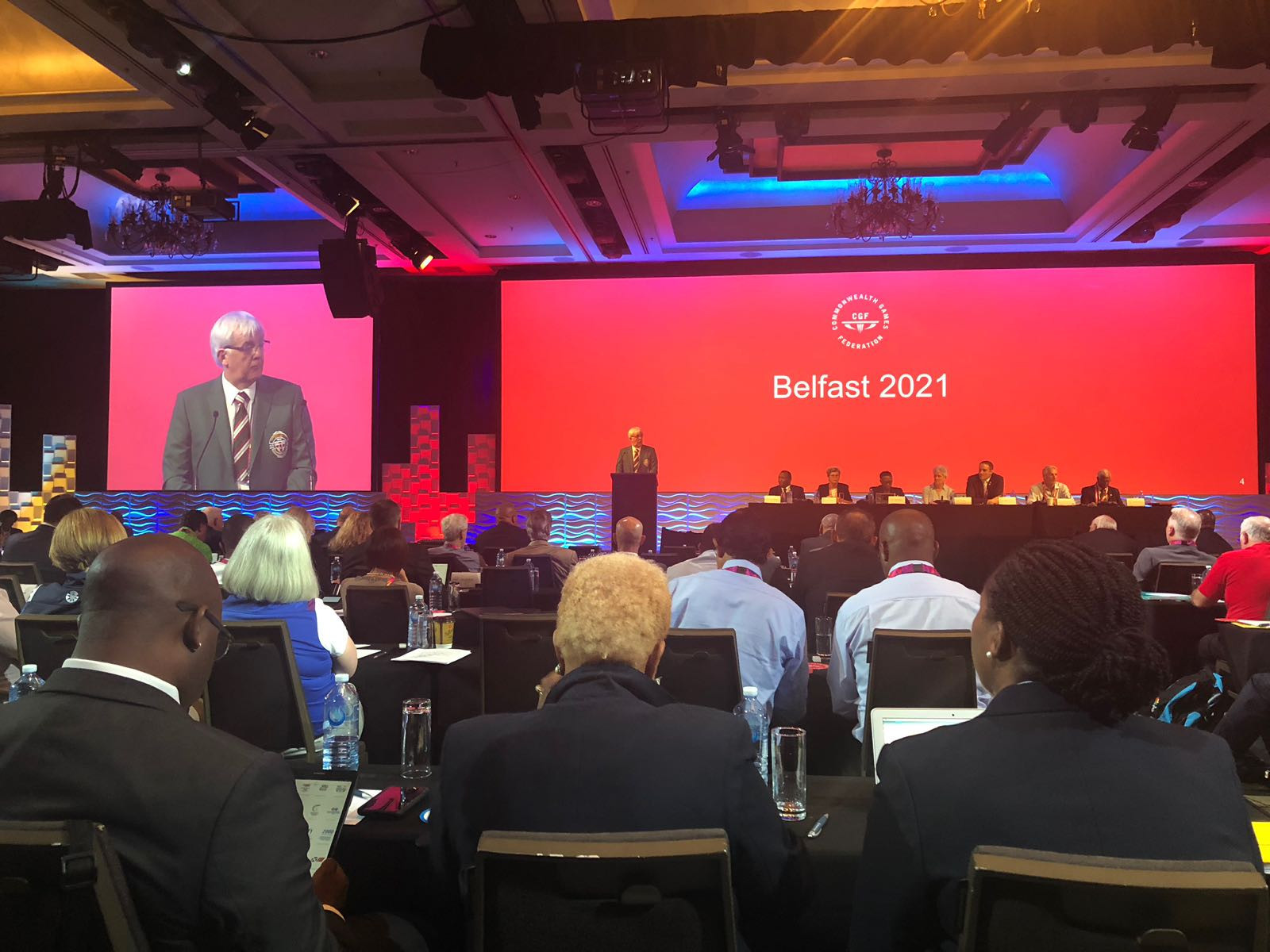 Belfast 2021 have been given more time to secure the funding they need to stage the Commonwealth Youth Games as political deadlock in Northern Ireland continues to threaten their hosting of the event.

Members at the Commonwealth Games Federation (CGF) General Assembly today approved a motion for Belfast 2021 to continue their preparations for the event in three years' time.

CGF and Northern Ireland Commonwealth Games Council (NICGC) have insisted the money is there for the Games to go ahead as planned.

Belfast was officially awarded the Commonwealth Youth Games in February 2016 but the £3 million ($5.4 million/€3.4 million) funding has not yet been released by Northern Ireland's Government because of the the current political stalemate.

A power-sharing coalition in the country between the pro-British Protestant Democratic Unionist Party and Irish Catholic Nationalists collapsed in January last year.

A new deal has still not been brokered and there remains no functioning Assembly in Northern Ireland as a result, meaning funds to host the Commonwealth Youth Games cannot be handed over to the NICGC and Belfast 2021.

CGF President Louise Martin insisted they were "doing everything we can" in order to resolve the situation but warned there may come a point where the organisation has no option but to seek an alternative host.

"The money is there, they all want to go ahead," Martin told delegates at the General Assembly."

Martin added: "They cannot spend any more of their own money.

"We keep with you, until we come to the point of no return - which could be later this year."

NICGC President Robert McVeigh had earlier provided an update to the membership, insisting all sides of the political divide support their hosting of the event.

McVeigh conceded, however, that the Government has other priorities.

Concerns over Belfast staging the event have also been exacerbated by the political focus in Northern Ireland centering on the fallout from Britain's decision to the European Union, which may affect a border between the North and the Republic.

"The UK Government are trying to resolve it, but are also trying to negotiate the land issue over Brexit," McVeigh said.

"There are some like myself, who believe the political situation could be resolved and we could accelerate matters quickly."

McVeigh added that discussions on issues such as tenders for venues could still take place as scheduled next year even if the funding has not yet been released.