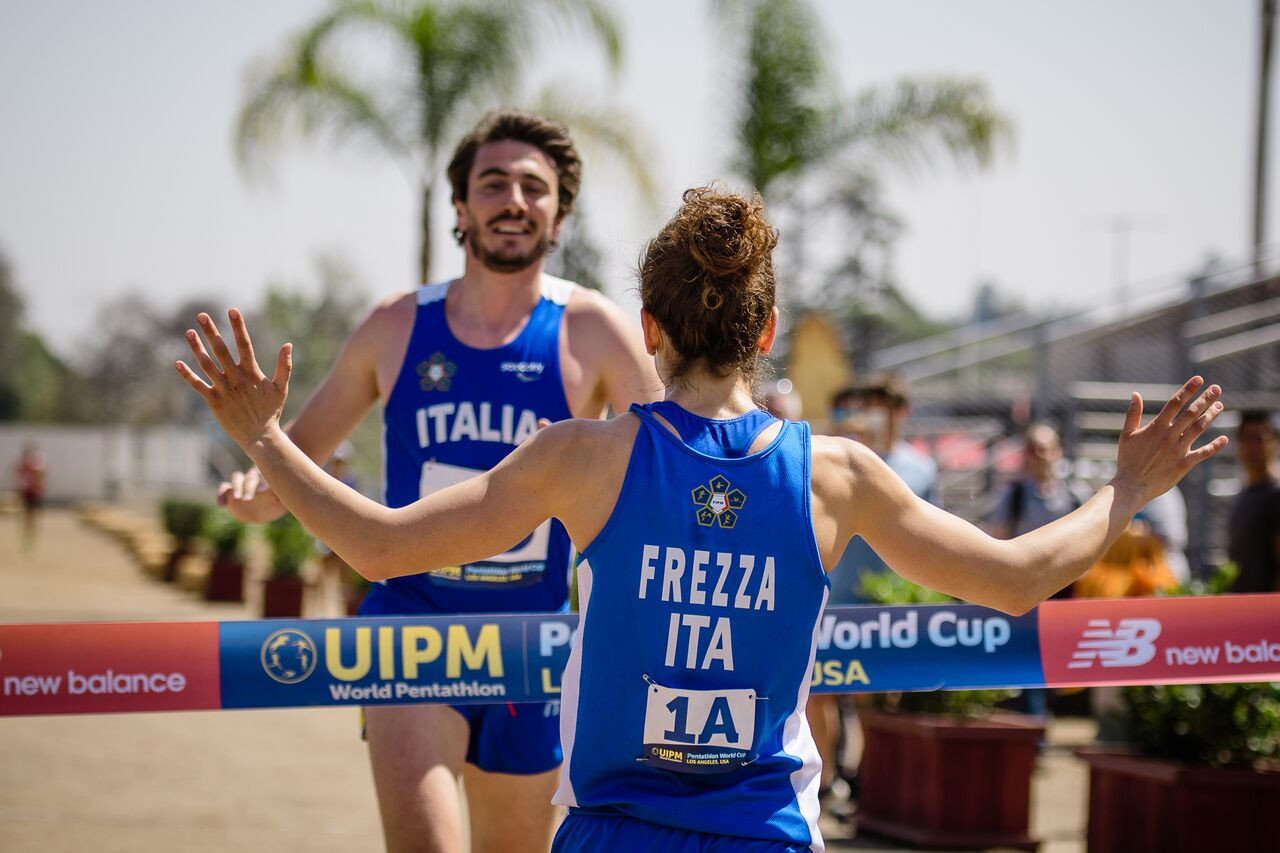 Alessandra Frezza and Riccardo de Luca held off the challenge of the United States and Mexico with a total of 1,433 points in the 2028 Olympic and Paralympic Games host city.

The Italian duo finished 16 points in front of the American pairing of Isabella Isaksen and Amro Elgeziry as they scored 1,417 points, marking a successful debut for the husband-and-wife pairing.

Mexico's Mariana Arceo and Manuel Padilla were 24 further adrift as they took home the bronze medal on 1,393 points at the Fairplex events complex in Pomona in Los Angeles County.

"After a bad feeling from the individual competition I’m so happy that I did my job and this victory gives us a great feeling for the next World Cup," said De Luca.

"We have big smiles on our faces we are proud of ourselves that we did our job."

Frezza and De Luca's best performance came in the fencing round, where they topped the standings with 252 points having picked up 25 victories.

The Italian team also impressed during the riding section of the event as they were involved in a three-way tie in second with pairings from the US and Mexico.

The success for Frezza and De Luca came after Gloria Tocchi and Gianluca Micozzi triumphed at the World Cup in Cairo earlier this month.

The next UIPM World Cup is scheduled to take place in Kecskemét in Hungary from May 3 to 6.