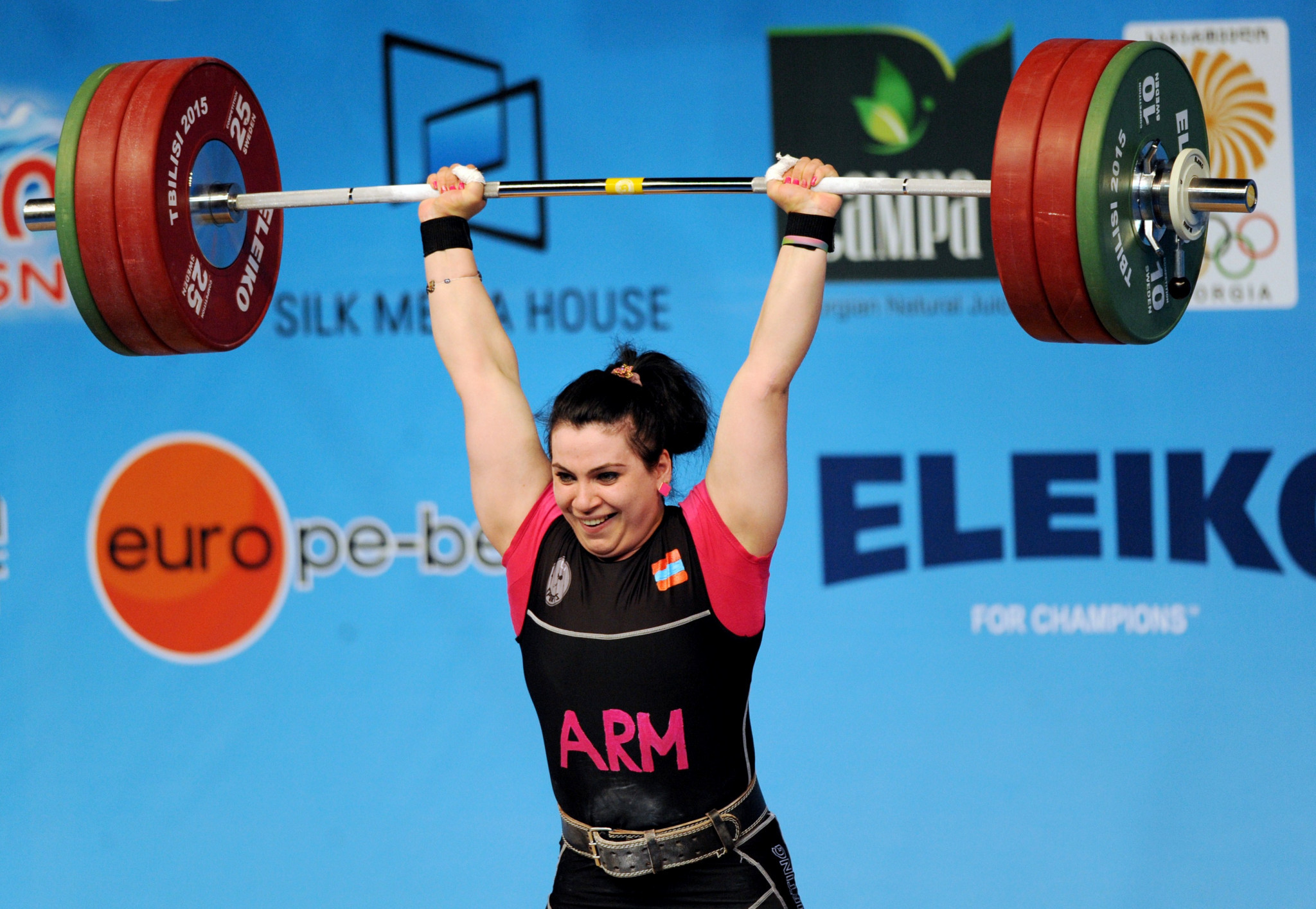 Weightlifters who wanted to compete internationally had no option but to go along with systematic cheating by doping, an investigation by a global anti-corruption organisation has revealed.

Their own National Federation would give free steroids to top lifters, and knowing they were at risk of detection at competitions would repeatedly test them beforehand, sending only those athletes who would come up "clean".

They also forewarned athletes of visits by out-of-competition testers, and registered failed tests as clean.

For the first time, weightlifters have spoken openly about the systematic cheating.

The investigation focuses on Armenia, one of the nine nations currently suspended for a year by the International Weightlifting Federation (IWF) because of retrospective positives in the retesting of samples from the 2008 and 2012 Olympic Games in Beijing and London.

"There are no laws specifying deadlines on return or seizure of the awards," said a spokesman for Armenia's Sports Ministry.

The report states that the Armenians would not have won those medals without outside help from the anti-doping laboratory in Moscow, and especially Grigory Rodchenkov, the whistleblower whose revelations led to Russia being punished by the International Olympic Committee for alleged state-sponsored cheating.

Three Armenian weightlifters spoke openly about the doping, and four more asked to remain anonymous when talking to reporters from hetq.am, a partner of the global anti-corruption investigative body the Organized Crime and Corruption Reporting Project (OCCRP).

The publication coincides with this week's European Championships here in Romania, from which Armenia is banned along with Russia, Ukraine, Belarus, Azerbaijan, Moldova and Turkey.

From Asia, China and Kazakhstan are also suspended, all for one year until October.

The IWF did not wish to comment directly on the report but said: "There is no doubt that the IWF Anti-Doping Programme has advanced enormously since Beijing 2008 and London 2012."

Tigran V Martirosyan - a Beijing 2008 silver medallist at 85kg who is not related to the disqualified athlete of the same name and has never tested positive - said Armenia would repeatedly test athletes before international competitions and would send only those who came up "clean".

The report claims that the Armenian Weightlifting Federation (AWF) knew its athletes were at risk because they had provided them with drugs and paid cash to Rodchenkov for samples to be tested in Moscow.

Any tests that came back positive would be falsely classified as clean, with Moscow's help.

"They took the samples so they could tell if we were clean or not," Martirosyan said.

One of the anonymous athletes said the National Federation "would get performance enhancers at a low price from Ukraine and sell them here".

For national team members, the steroids were free, he said.

Aghasi Aghasyan, 29, twice a European Under-23 champion and also a double winner of the Universiade title, claimed he could not afford vitamins but bought steroids for AMD1,000 dram (£1.40/$2/€1.70).

"Everything was done so that no-one was caught."

Another of the anonymous Armenians said: "They didn't force you to use, but you had no choice.

"If you didn't use, someone else would.

"And he or she would take your place on the team."

The OCCRP team also spoke to the heads of the anti-doping agencies in Armenia and neighbouring Georgia, who said that cash payments would secure tests undertaken in Moscow and, if necessary, they would be falsely recorded as clean.

The Armenian national team members said their doping system was well known throughout the weightlifting world.

All those interviewed said the Armenian doping programme for Beijing 2008 and London 2012 was overseen by Samvel Khachatryan, President of the AWF from 2006 to 2012.

When reporters called Khachatryan, who left after London 2012, he said, "I don't want you to question me," and hung up.

The Armenian Anti-Doping Agency (ARMNADO) was implicated in the report, as it allegedly provided the AWF with details of forthcoming out-of-competition tests.

The AWF even made requests to ARMNADO for named athletes to be tested on specific dates.

An athlete has never failed a test carried out in Armenia, the report said.

Even when testers arrived from overseas the weightlifters would know in advance.

And as a failsafe, one weightlifter said "clean" samples were stored in a refrigerator to be switched if necessary.

The report said that ARMNADO, whose website does not work, had broken World Anti-Doping Agency regulations by failing to submit annual reports in 2009, 2010, 2014 and 2015.

Armenia's national head coach Pashik Alaverdyan, who took charge in 2015, said: "Athletes from everywhere were using those drugs, but 100 or 120 days before doping tests, you had to be clean."

When hetq.am asked Alaverdyan what he knew about the doping programme he said: "I had nothing to do with it, I can't answer any questions.

"I've been in charge for three years now, and no-one has even had a bloody nose.

"Please write that I know nothing."

The athletes who spoke to hetq.am also said the coach had not been involved.

On a day when Germany had a European gold medal to celebrate in Romania, Nico Muller's victory in the 77kg, Dr Christian Baumgartner, President of the German Weightlifting Federation, said: "These facts and quotes and details just reveal what we call 'doping culture'.

"Everybody knows, but nobody acts, there is no moral problem as everybody is cheating.

"There is no consequence internally, Ministers and National Olympic Committees are never responsible.

Some Germans were denied medals by Armenians during the years concerned and Baumgartner said: "It would be nice if those Federations and countries with excessive doping history would accept their responsibilities for the past and the future and set clear signals against any doping culture."

The IWF did not wish to comment on the Armenian report but director general Attila Adamfi told insidethegames: "The IWF is fully committed to protecting clean athletes and is implementing robust anti-doping measures at both international and Member Federation level.

"There is no doubt that the IWF anti-doping programme has advanced enormously since Beijing 2008 and London 2012.

"The culture of the sport has already changed in many places over the last 10 years.

"But we are committed to doing more and we will do more."

Adamfi pointed out that Armenia was suspended by the IWF according to the "Tbilisi decision" to ban those nine nations who had three or more Olympic positives in the retests.

"However the suspension does not mean only a sanction, but moreover assisting the country to change their culture by implementing enhanced anti-doping actions, including education and prevention, out-of-competition controls during the suspension, and so on," he said.

After a decision taken by the IWF Executive Board in the United States this week, the governing body's new anti-doping programme, including harsher sanctions against offending nations, due to come into effect next month.