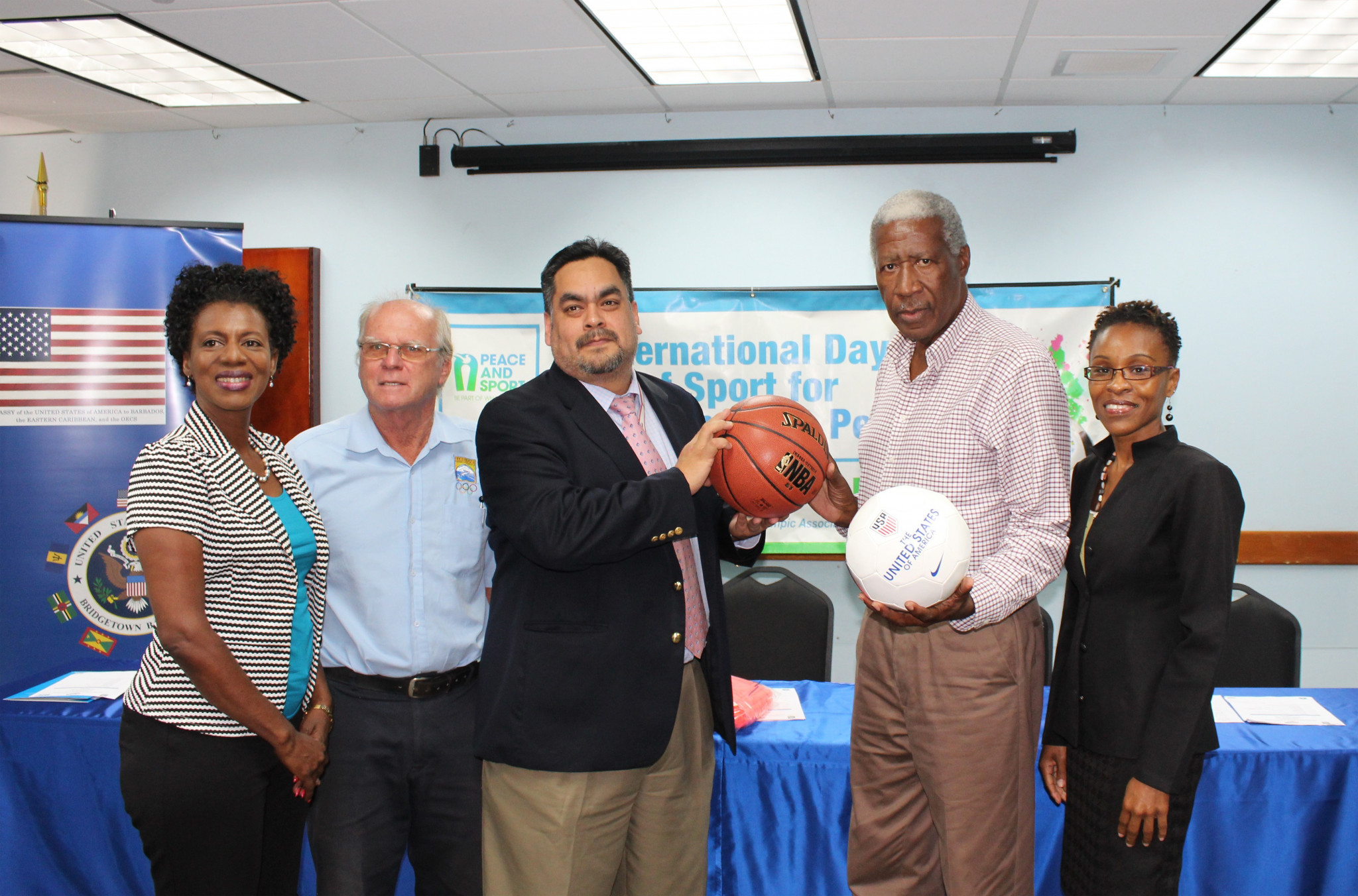 The Barbados Olympic Association (BOA) have announced their plans for the annual International Day of Sport for Development and Peace on April 6.

They will host a multi-sport youth rally event, collaborating with the Barbados Lottery, UNICEF and the United States Embassy.

A total of 16 local community teams will participate on the day, with events including basketball, dominoes, football, netball and road tennis.

"International Day of Sport for Development and Peace is very important," said Hamilton Lashley, who spoke on behalf of the local community groups.

"It is one that could encapsulate the entire world.

"If planned properly, this can be spread across the entire Caribbean so that, on this day across the region, everyone captures the spirit of development and peace.

"Sports, particularly soccer, cause that magnetic force to pull all the youth together."

Three events have been planned to celebrate the annual event in all, with the first a youth outreach educational workshop which is scheduled to take place on April 6 at the BOA's headquarters.

It will be followed by the community leaders' conference on April 7.

This is aimed at highlighting the role of sport in promoting community development and cohesion.

"The planned activities focus directly and indirectly on reducing and resolving social issues which plague communities in Barbados, such as conflict management," said Dave Farmer, the BOA's academy director.

"At the same time, it is attempting to improve community cohesion and provide opportunities through sport for disadvantaged youth, women and persons who commonly face discrimination and marginalisation."

The Barbados Lottery have donated conference material packages to be used during the workshops and community leaders' conference, while the US Embassy have provided 16 basketballs, netballs, footballs and training bibs.

The day has been celebrated annually by the BOA since 2015, with the organisation stating that the International Olympic Committee are supportive of their work.

Officially declared by the United Nations in 2013, the day celebrates the power of sport to drive social change and community development, as well as fostering peace and promoting understanding.

It falls each year on April 6, the anniversary of the first Modern Olympic Games in Athens.