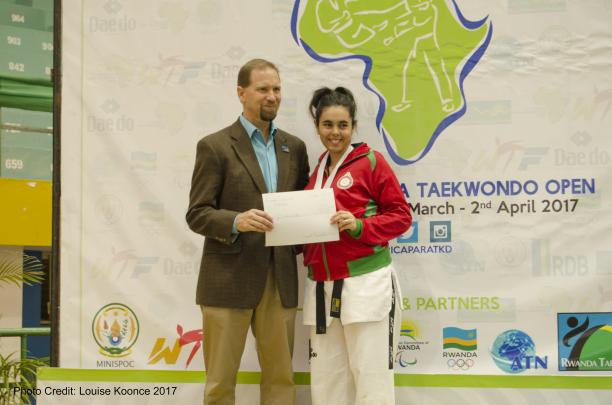 Rajae Akermach from host country Morocco ensured that locals went home happy as she secured the gold medal in the women's over-58 kilogram category at the African Para Taekwondo Championship at the Inbiaat Sports Hall in Agadir.

After winning her two previous matches in the tournament by comfortable 13-1 and 16-4 scorelines, respectively, the world number one recorded a 20-15 victory over Great Britain's Amy Truesdale.

A El Feday could not repeat the Moroccan success in the men’s under-61kg competition as he lost 9-6 to Ethiopia’s G Mekonnen.

Despite it being a primarily African tournament, athletes from nations outside of the African continent have also been competing at the competition, meaning two Russian athletes took home gold medals today.

One of those was A Poddubsk, who secured a 2-0 victory over M.B. Cavdar of Turkey in the women's under-49kg competition whilst V Feofanov won the men's under-75kg title thanks to a 9-2 victory against Iran's M Jafarzad.

Turkey also had a successful day with G. Gurdal taking the women's under-58kg title with a 15-4 win over M. Salimger of Russia whilst M. Bozteke secured gold in the men's under-61kg event with a convincing 14-1 win over A Akmatov of Russia.