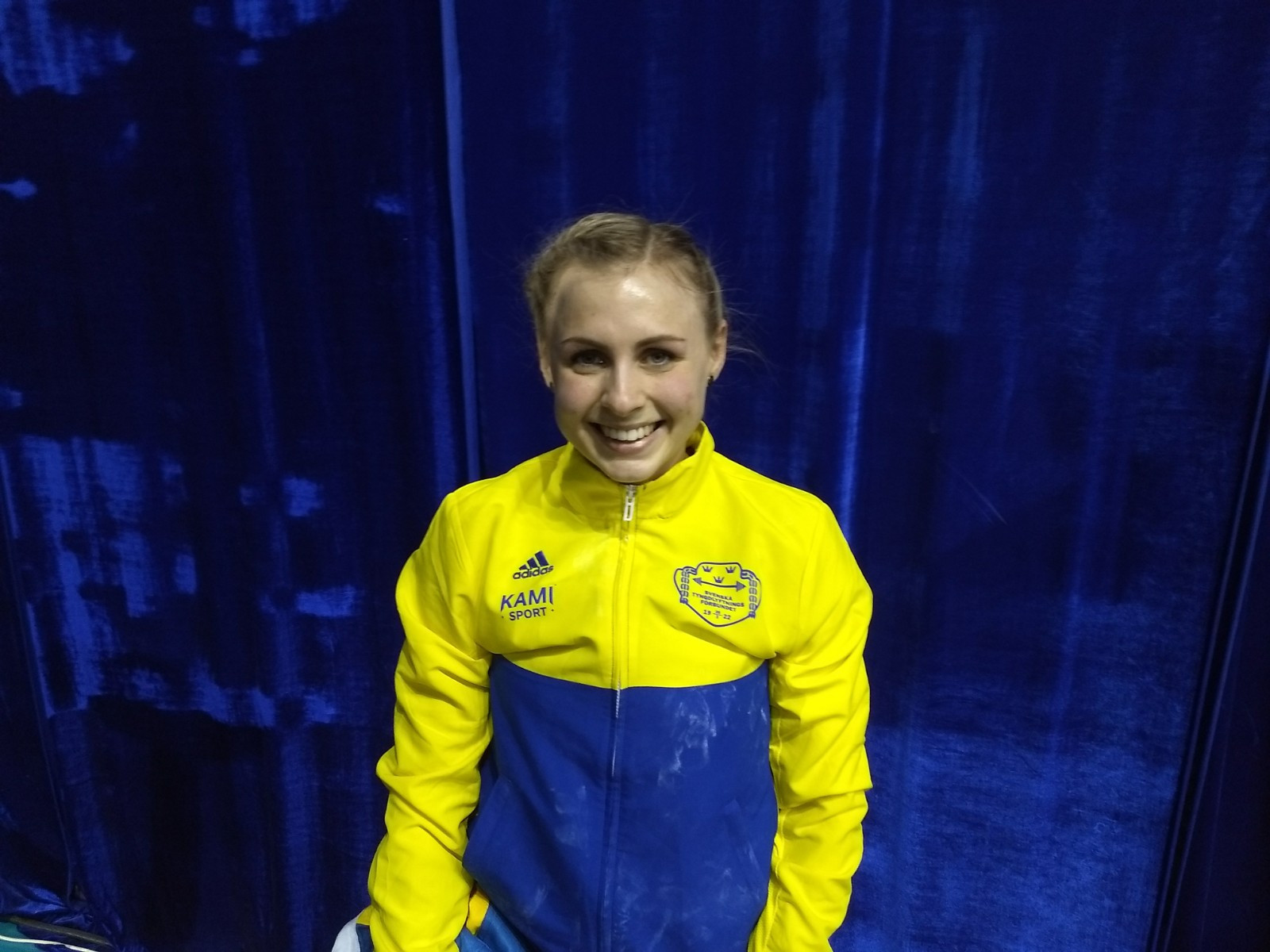 The Latvian teenager Rebekah Koha won her first senior title, Albania came out top in an exciting men's final watched by Ilya Ilyin, and the Romanian hosts added to their medals tally - but perhaps the biggest achievement of day three of the European Weightlifting Championships was a landmark medal for Sweden's Angelica Roos.

Roos, 28, was third in the snatch, second in clean and jerk and second on total in the 58 kilograms - the best results ever achieved by a Swedish woman at these Championships.

Their last medallist was Maria Bohm, who won a snatch bronze 20 years ago in Germany but finished fourth overall.

Unlike her rivals on the podium, Koha and the Romanian Andreea Penciu, Roos does not train full-time, does not have state funding and wins no financial prize for her efforts.

She graduated in finance and public administration, and recently started working for Eleiko, the equipment manufacturer.

She sometimes trains at the company's new weightlifting centre in Halmstad.

"Last year in Split and the year before in Norway I was so close to a medal," said Roos, from Gothenburg, who was competing here in this category for the seventh time at the European Championships.

She had finished between fifth and 12tth in her six previous attempts and added: "I hope it makes a big story back in Sweden - weightlifting doesn't often get any publicity there."

Loos has had a tough year with injuries and was 10kg short of her best, with a total of 191kg, but it was good enough on the day, in the absence of seven top nations who are suspended for doping offfences.

Koha, 19, who did not start her lifts until everybody else had finished, made all six for a total of 220kg.

The junior world champion has been preparing well in Rome, said her coach Eduards Andruskevics, and has been lifting considerably more in training.

The men's 69kg was watched by a surprise visitor in Ilyin, the Kazakh who was stripped of two Olympic titles for retrospective doping positives but who is planning to return to action after his suspension ends in the summer.

Ilyin is believed to be in Romania as a guest of KMG, the Kazakh company that owns the European Championships' main sponsor, Rompetrol.

He spent time mixing with super-heavyweight champion Lasha Talakhadze and his Georgian team-mates, who were in the hall to support Goga Chkheidze.

Calja's total of 321kg was 10kg ahead of Germany's Robert Joachim, with the Spaniard David Sanchez third on 309kg.

There was a snatch silver for Mirko Zanni, of Italy, and a clean and jerk silver for Romania's Paul Dumitrascu, though neither made the podium on total.