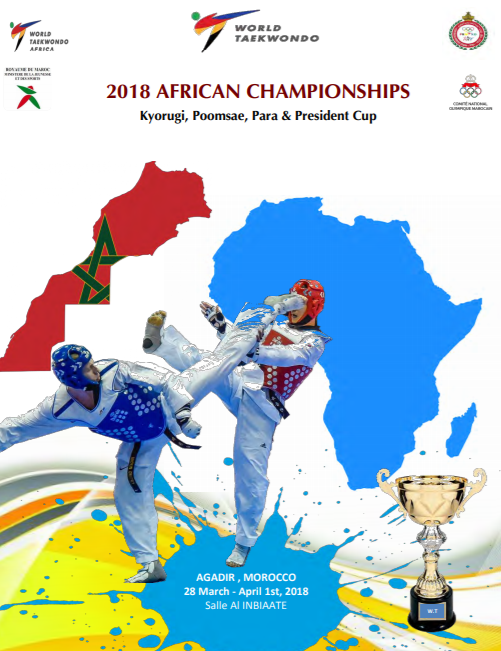 The 2018 African Taekwondo Championships are due to begin tomorrow with Moroccan city Agadir set to host the three-day event.

The Poomsae and Para Championships are scheduled for tomorrow with the Senior Championship taking centre stage on Thursday (March 29) and Friday (March 30).

The Senior Championship, classified as a G4 event, will see men and women each compete across eight categories at the Inbiaat Sports Hall.

"It gives me great honour and pleasure, in my capacity as vice-president of WT (World Taekwondo) and President of World Taekwondo Africa, to extend this invitation to all African countries to participate in the [event]," Ahmed Fouly said.

"This will be a great opportunity for all players to experience the new competition rules of this G4 tournament.

"Especially our African athletes will be able to benefit of this, with this event being held inside our African continent."

They secured two gold, three silver and one bronze medal.

Head coach Irene Bagire is confident about his team's chances of retaining the title.

"After three months of intense training, we are ready to challenge for medals in Morocco," he told The New Times.

"My players have rich experience in international competitions which I hope will guide us to glory.

"We will be playing against some of the best players in the Africa, but we're the defending champions and we have to show that last year's win wasn't a fluke."

Also due to take place in Agadir is the World Taekwondo President's Cup for the Africa region.

Competition in the G2 event is scheduled to run from Friday (March 30) to Sunday (April 1).