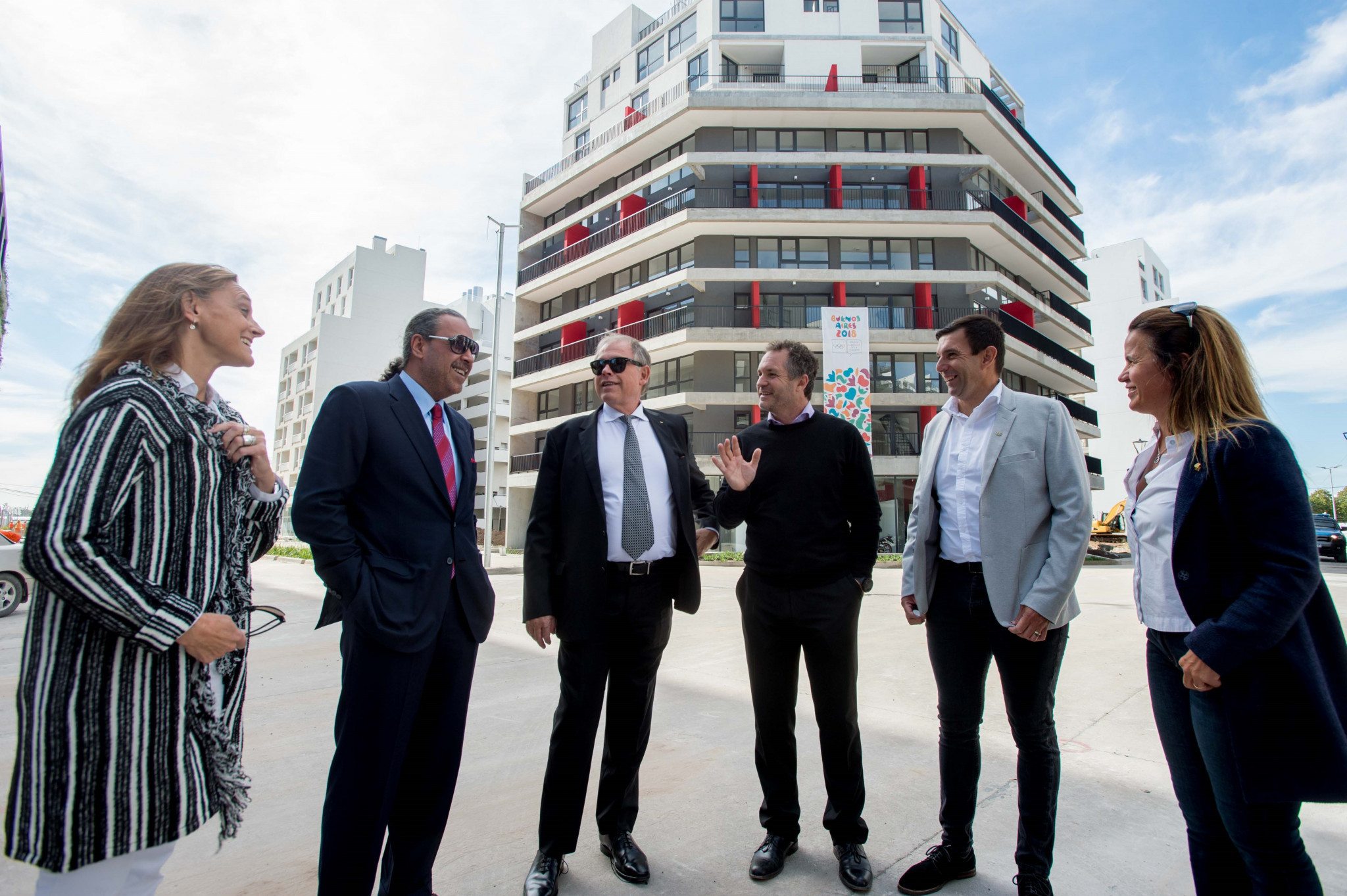 The Village is located in the Villa Soldati neighbourhood in the south of the city and has 31 buildings up to eight floors high.

It includes 1,200 two and three-room apartments, as well as a Games-time medical centre, a dining room and a gym for high performance athletes.

A total of 3,998 athletes will stay in the Village during the Games, as well as 2,170 coaches and technical staff members.

Sheikh Ahmad claimed the Village was of a high standard, asserting it would feel like a home for athletes at the Games, which will run from October 6 to 18.

"The place that will accommodate the athletes is of very high standard, nice looking, colourful and surrounded by sports facilities and green," he said.

"It will be a good environment for our athletes; this is the only place where we can have the whole world together.

"We are really happy to have such a beautiful home."

The Village is expected to be one of the major legacies of the Games, with its construction considered a major step for development in a high housing demand area.

The site is located close to the Youth Olympic Centre, which is under construction in the Villa Soldati neighbourhood and will be converted into a world-class centre for high-performing Argentine athletes after the Games.

It will be the venue for 13 of the 31 sports on the programme, including athletics, gymnastics and swimming.

The facility is claimed to be in its final stages of construction.

Werthein said that Sheikh Ahmad could provide valuable knowledge as the countdown continues until the city hosts up to 206 National Olympic Committees.

"It's a privilege and a pleasure to have Sheikh Ahmad in Buenos Aires," the International Olympic Committee member said.

"He's a person we can learn from; he's attended 17 Olympic Games.

"He can teach us how to do things better, to perfect things."