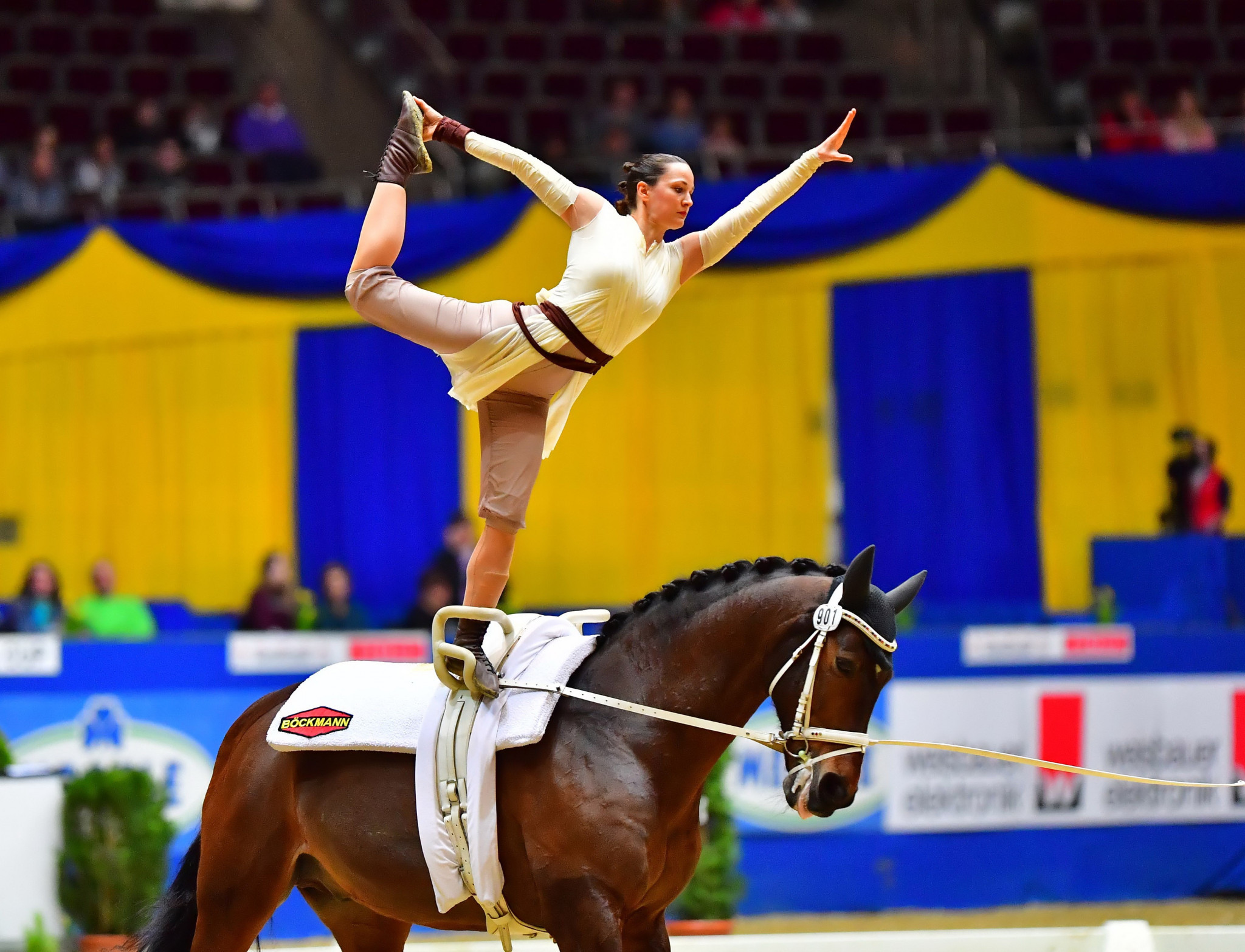 The 30-year-old, joining up with her long-time team of Don de la Mar and Winnie Schlüter on the lunge, performed two outstanding rounds of her Rey from Star Wars freestyle to take the title with 8.791 points.

She had to come from behind after the first round, sitting overnight on 8.745 points to Switzerland's Nadja Büttiker’s 8.821.

Büttiker’s first-round freestyle was sensational, but in an otherwise foot perfect second round, she lost balance and fell from Keep Cool III during a difficult sideways stand on the croup of the horse.

Although the fall took her out of title contention, her flawless execution secured her second place with 8.558 points.

Knauf's result was considered particularly remarkable with her having undergone knee surgery after an impressive qualifying season, which saw her win in Mechelen in Belgium.

There was further success for Germany as Theresa-Sophie Bresch and Torben Jacobs secured their first Pas-de-Deux title together in a truly dominant display.

Together with Holiday on Ice and lunger Alexandra Knauf, they led the competition from beginning to end and triumphed with 8.337 points.

Bresch and Jacobs wowed with their emotive Bonnie and Clyde routine, which saw them accomplish daring lifts linked together with intricate transitions and unparalleled choreography.

The young Swiss pairing of Syra Schmid and Zoe Maruccio secured second place with 7.820 points, once again highlighting their vast improvement this season.

Compatriots Marina Mohar and Celine Hoffstetter rounded off the podium with 7.327 points after an assured, creative performance.

Drewell was the last to go and performed his Pirates of the Caribbean routine with confidence to score an unrivalled 8.797 points.

His achievement was aided by the excellent last-minute partnership with lunger Gesa Bührig and Claus 51, registering a brilliant horse score.

Claus 51 replaced Drewell’s long-term partner Diabolus, who was not fit to compete.

France’s Clement Taillez finished second after performing a superb rendition of his "Dance" freestyle to end on a combined total of 8.723 points.

Both Drewell and Taillez sat on an 8.7 points after the first-round freestyle with the former holding the overnight lead.