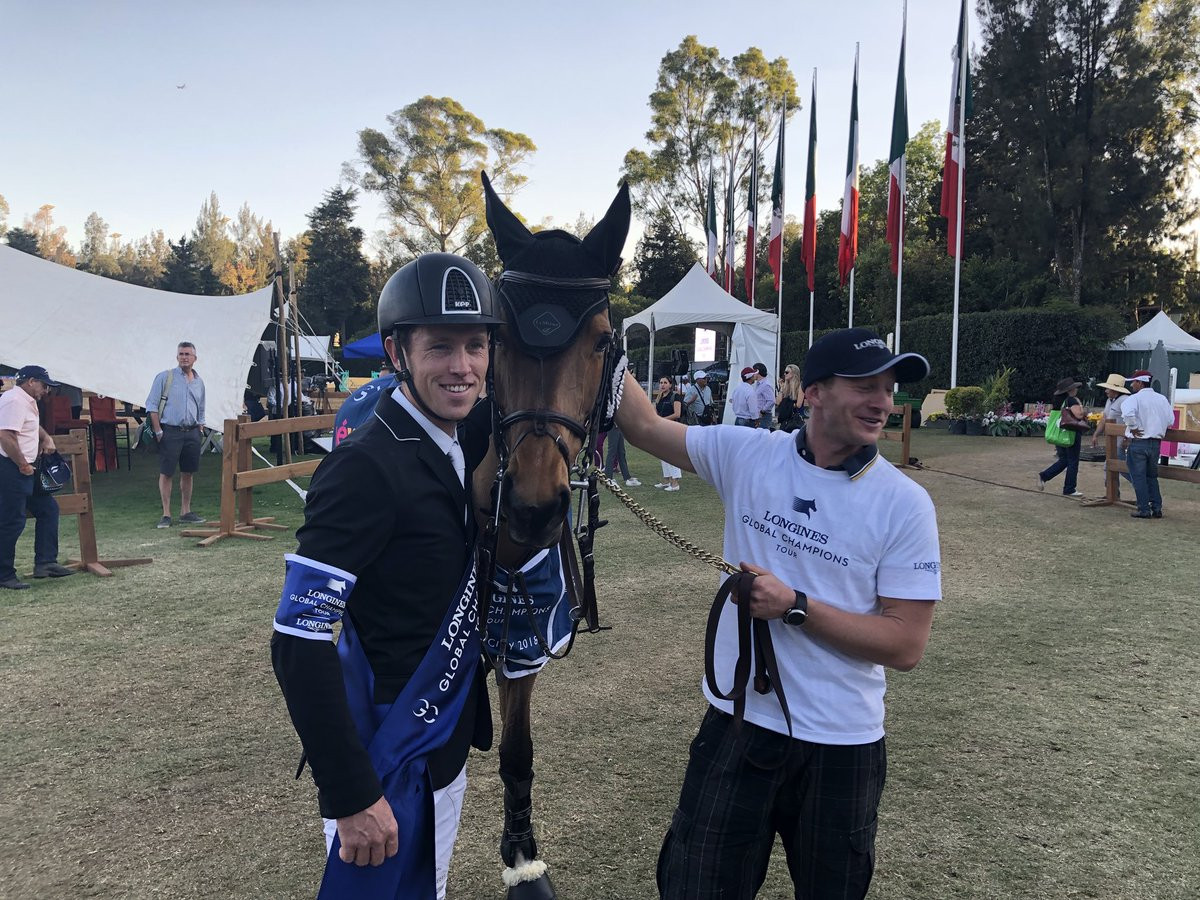 Britain's Scott Brash began his pursuit of a third Longines Global Champions Tour title with victory in the season opener in Mexico City.

Brash, on board Ursula XII, claimed a stylish win at the Campo Marte venue next door to Chapultepec Park, which hosted Olympic dressage and individual jumping competition at the Games that took place in Mexico's capital 50 years ago.

He also qualified for the new Global Champions Super Grand Prix later this year in Prague in December.

The winner of each event during the tour will also book a place at the event in the Czech capital.

Brash finished at the summit of the standings in front of Olympic bronze medallist Daniel Deusser of Germany, second with horse Tobago Z.

"I’m delighted to be in the new Super Grand Prix, it’s a fantastic competition for us riders to have and to aim for and I think it’s going to be really exciting in Prague, a totally new concept and the first time they go indoors.

"It’s really exciting this year, it’s opened up a whole new level and I’m really excited to be a part of it in Prague."

The Tour is an annual show jumping series that comprises up to 16 rounds of competition hosted around the world.

It brings together the top 30 riders in the International Equestrian Federation jumping world rankings.

It was founded in 2006 by the Olympic gold medallist Jan Tops.

The next leg of the Tour is due to take place at Miami Beach on April 7.