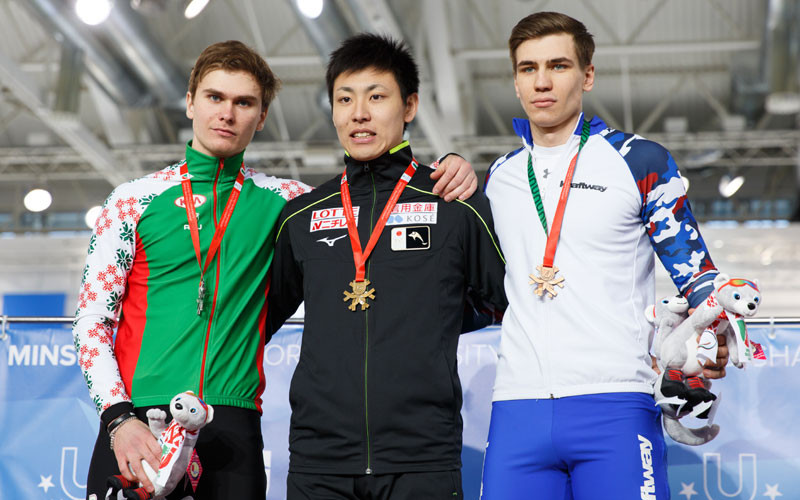 Tatsuya Shinhama made it an individual double at the World University Speed Skating Championships as he zipped to men's 1,000 metres gold in Belarus.

The Japanese skater won the 500m title at the Minsk Arena yesterday and has now added gold over double the distance.

"I'm over the moon," said Shinhama.

"As I managed to win two gold medals here in Minsk.

"I suppose I reached this result thanks to my concentration and the fact that I left all my worries and doubts before the start."

The women's 5,000m gold went to Poland and Magdalena Czyszczon who stopped the watches at 7:32.82.

Dutchwoman Paulien Verhaar won silver in 7:33.95 after she had earlier claimed the same medal over 3,000m.