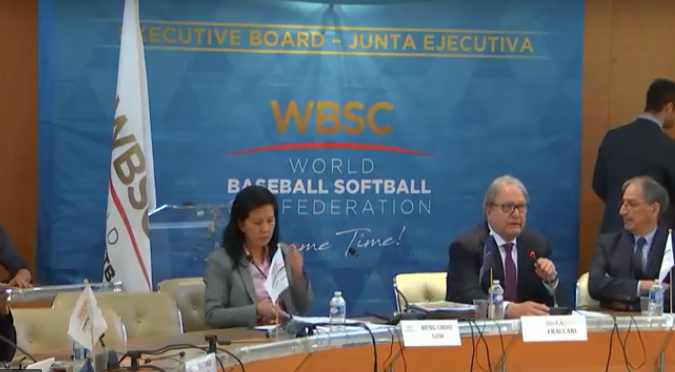 The qualification system for the Tokyo 2020 Olympics has been unveiled during the World Baseball Softball Confederation (WBSC) Executive Committee meeting in Paris.

It came in a meeting where participation at the Paris 2024 Olympics was also repeatedly cited as a key target.

WBSC President Riccardo Fraccari predicted that success in this regard would likely ensure permanent inclusion at the Olympic Games.

"We need to rise to the challenges related to the Tokyo 2020 Olympics while also we need to be looking forward to the future: Paris 2024 - that should be our priority," he said in opening remarks broadcast on YouTube.

"If we are able to be on the Olympic programme at Paris 2024 then, very likely, baseball and softball will be permanently included in the Olympic Games."

Just six teams will participate in men's baseball and women's softball in the Japanese capital.

The WBSC are hoping for a round-robin format but this has not yet been confirmed.

Japan, as hosts, have already qualified for both events.

The next two baseball places will be allocated at the WBSC Premier 12 in November 2019.

These will not necessarily go to the top two teams but to the best-placed nation from the Americas and Asia - excluding Japan.

A six-team Africa/Europe qualifier and an eight-team Americas qualifier will then determine two more places before a six-team world tournament to determine the final one.

This will feature the best non-qualified teams from all the continents, including the winner of a separate Oceania qualifier.

Softball is following a similar format but with the first place determined at next August's World Cup before two at an Americas qualifier and one each at an Africa/Europe and Asia/Oceania tournament.

Dates and locations for these qualifying tournaments are yet to be confirmed.

"The eight competitions to get into Tokyo 2020 promise to deliver some of the most exciting and meaningful international baseball and softball games ever seen," added Fraccari.

"As the biggest sport in Japan, the historic return of Olympic baseball and softball is expected to make a major buzz and be a magical experience for the athletes and spectators alike, so we can expect that millions around the world will have their sights set on Tokyo 2020 and do whatever they can to be a part of it."

The two sports' place at Paris 2024 seems less certain given the relative lack of popularity of baseball and softball there.

But Fraccari believes Olympic inclusion will improve the level and infrastructure in both France and the wider French-speaking world.