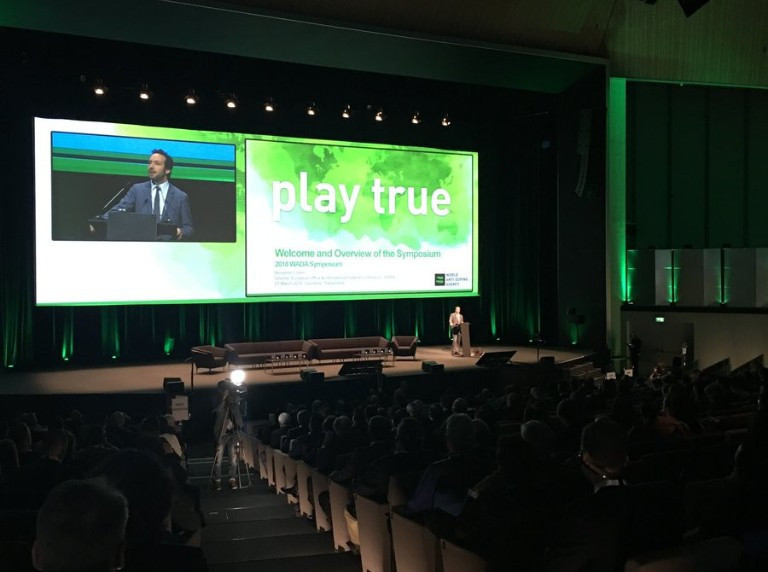 The head of sport's new drug-testing umbrella body insists they will be genuinely independent while also providing a more efficient and improved service for sporting organisations.

Benjamin Cohen, who is due to take up his position as director general of the renamed International Testing Agency (ITA) in June, said they will have complete control over how, when and with whom they conduct tests within a specific sport.

He also defended the ITA Board, the composition of which has raised eyebrows as three of the five members are direct representatives of the Olympic Movement.

Cohen says that the Board will not be involved on a day-to-day basis and their primary responsibility will be to define strategy and set budgets at an annual meeting.

“We have an opportunity now to start with a clean sheet and to decide what is best for clean sport and the fight against doping,” the Swiss official told insidethegames here on the final day of the WADA Symposium.

“How can we remove the potential conflicts of interest?

"How can we make this more efficient?

"How can we avoid the duplication of resources?

“All of this is the real idea of the ITA.”

Cohen, who is still currently serving as head of the WADA European Office and International Federations Relations and spoke after organising the three-day Symposium, was at pains to point-out that all ITA work is at a very early stage and many of his current ideas could still be revised.

The International Olympic Committee (IOC) trumpeted how the ITA was operational at last month’s Winter Olympic Games in Pyeongchang but, in reality, it consisted only of staff from the Doping Free Sport Unit (DFSU), seconded from the Global Association of Summer International Sports Federations (GAISF).

These seven to eight individuals will now make up the nucleus of the ITA staff, which is expected to soon rise to around 15 once administrative, legal and other support functions are added.

Additional staff and budgets will depend on the level of interest from different International Federations (IFs) and Major Event Organisers (MEOs).

Office space has been secured in Lausanne for up to 40 people.

It is possible that some anti-doping officials from interested IFs could shift over to the ITA, although governing bodies will still be responsible for aspects such as education programmes, so it may be considered better for them to stay.

Set-up costs of around $30 million (£21.2 million/€24.3 million) are being provided by the sports world but all funding will be stopped once they break even and can survive, it is hoped, off the income they generate from the services they provide.

Cohen claims all IFs are “interested” in the idea but many are reluctant to commit until they know more.

“Most of the IFs have not yet decided because they want to see and feel what the ITA is,” he said.

“It has been a great idea but it needs to see light, people need to feel it and touch it and see the people involved.”

One theoretical advantage of the centralised ITA system means that a group of testers could go to a country to inspect athletes across a range of different sport, rather than the previous system of sports acting individually.

Some sports, he said, were currently interested in outsourcing only part of their work, such as the administration of Therepeutic Use Exemptions and out-of-competition tests, but not in-competition ones.

Others may still harbour responsibility for results management processes.

Cohen said they will still work closely with IFs and act off intelligence provided by each IF about their different sport.

IFs are still also ultimately responsible as signatories of the WADA Code, and under new rules valid from next month could be sanctioned for non-compliance.

They will consequently not be able to offload responsibility to the ITA and effectively wash their hands of anti-doping.

“If you have experts [us] working 100 per cent on ensuring the IF is code-compliant, then they have nothing to worry about,” Cohen promised.

The independence the ITA will supposedly have to choose who and when they test differs with how the DFSU operated.

This was based on direct requests from the IFs - therefore raising questions about impartiality.

It had originally been envisaged that a Court of Arbitration for Sport (CAS) Anti-Doping Division would carry-out this role, but Cohen is now leaning towards an ITA Disciplinary Panel acting as the first-instance court for legal, financial and logistical reasons, with only appeals going back to CAS.

If they ultimately choose this option, a tender would be carried out for a list of sports lawyers and judges who would be chosen on a case-by-case basis in a similar process to the one used by CAS.

It is possible that one of the three judges in each hearing could be appointed by the IFs to ensure sporting expertise.

The new drug-testing body was initially called the Independent Testing Authority but changed its name in order to comply with Swiss Law but also, Cohen said, because of the complaints they have heard about how independent it really was.

Cohen, who has previously worked for the International Basketball Federation and football body, UEFA, disputes how serious a problem these conflicts are.

“I have worked in IFs for 10 years and I have managed anti-doping departments and I never received any order or influence from the political sphere saying ‘hide this or don’t punish this athlete or don’t suspend this because we need him for the World Championships’,” he said.

He argued that National Anti-Doping Organisations (NADOs), the source of most of the criticism, also suffer from conflicts of interest and should work alongside the new body.

“If everyone works together we can do a much a better job and, by creating a centre of expertise, the ITA has an opportunity to do this.”

Cohen defended this composition as a "sports initiative" and dismissed claims that this group will be IOC-controlled as a “conspiracy theory” but speculated they could be open to future changes to its composition.

“I think it’s a first step, and potentially in two or three years when the Board is reviewed maybe it gets more independence from the IOC if people see this as a major issue,” he said.