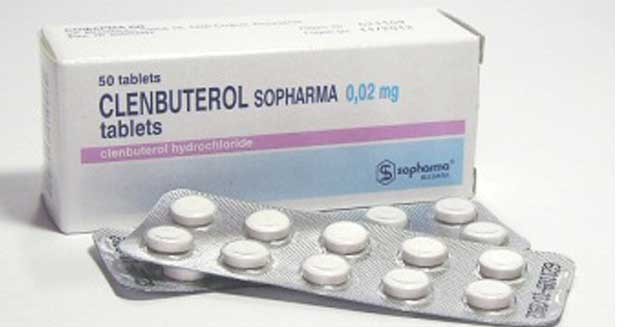 The World Anti-Doping Agency (WADA) concede that they currently have no scientific means to distinguish whether failed drug tests for clenbuterol have resulted from contaminated meat or genuine doping.

They insist, though, that a failure for the steroid in countries considered "high risk" for contamination -  notably Mexico and China - is not a "free pass" permitting no further action to be taken.

WADA senior executive director, for sciences and international partnerships, Olivier Rabin, insists that a full investigation must be carried out for every single case.

Hair analysis can also reveal the level and duration of exposure - which is helpful is indicating whether contamination is likely even it does not definitively prove anything.

"We are running some studies to try to distinguish but we don't have a magic solution today," Rabin told insidethegames here at the WADA Symposium.

"Our advantage is that this only happens in a few countries.

"First of all, we ask testing authorities to run an investigation for every single case.

"It's not a free pass [if you are in Mexico/China] and there is an obligation to run an investigation."

Boxer Canelo Álvarez was swiftly cleared of wrongdoing earlier this month as two failed drugs test for clenbuterol while at a training camp in his home city of Guadalajara were blamed on contaminated meat.

This explanation was supported by Daniel Eichner, director of the WADA-accredited laboratory in Salt Lake City that conducted the test, who described the values as "all within the range of what is expected from meat contamination".

Álvarez is thus currently eligible to fight Kazakhstan's unified world middleweight champion Gennady Golovkin on May 5 in Las Vegas, although the Nevada State Athletic Commission are still conducting their own investigation.

Golovkin has dismissed the contamination as an excuse and called for Álvarez - who has never failed any other drug tests in his career - to take a lie detector test.

"You should take a look at the photos and ask a doctor," he said.

"Let him explain what those [muscles] are.

"It's better even to use the lie detector - then there wouldn't be any silly questions about meat or fruits or chocolate."

Athletes are nonetheless ultimately responsible for the substances in their body and are aware of the contaminated meat risk in certain countries.

Spanish cyclist Alberto Contador was stripped of his 2010 Tour de France and 2011 Giro d'Italia titles after a clenbuterol failure, although the Court of Arbitration for Sport did rule that "accidental ingestion" was to blame.

More than 100 footballers were thought to have tested positive for it when playing in the 2011 Under-17 World Cup in Mexico.

German broadcaster ARD reported in April last year that minimal traces of clenbuterol were found in samples provided by unnamed Jamaican sprinters at the 2008 Olympic Games in Beijing.

The International Olympic Committee said the levels of the drug were not sufficient enough for action to be taken in each case.

Australia's Lucas Browne, on the other hand, was stripped of his World Boxing Association heavyweight title after he tested positive for clenbuterol following a dramatic 10th round knock-out of Uzbekistan rival Ruslan Chagaev in Grozny, capital of Russia's Chechen Republic.

He has insisted this week that his sample was spiked while in Chechnya, which is not a region known for contaminated meat.

Rabin, who would not talk about individual cases, said that the general problem with clenbuterol surrounds how, unlike many other substances, it is not metabolised in the human body so it is harder to analyse particular cases.

Exposure is some countries, particularly Mexico and to a lesser extent China, can be very high in both risk and concentration.