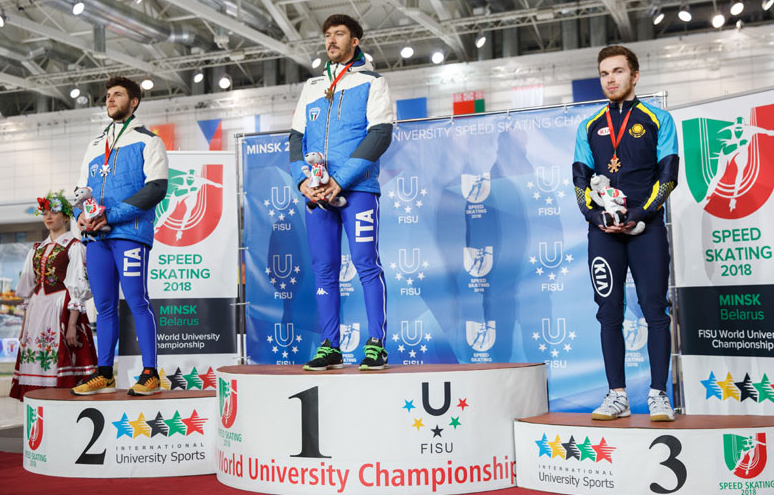 Italy, Poland and Russia all won gold medals on the opening day of the World University Speed Skating Championships in Minsk.

Fourteen nations are competing during four days of competition in the Minsk Arena.

He set a time of 6min 30.66sec, only a second slower than he managed in South Korea, to beat compatriot Michele Malfatti.

Malfatti clocked 6:36.91 and Kazakhstan's Dmitry Morozov crossed in 6:42.94 for the bronze medal.

"I think for me this race was easier than for other participants as I have already competed on this stadium during the World Cup," said the winner.

"Unfortunately, during the contest I don’t have a chance to appreciate all hospitality of counties, but thankfully for this championship I could stay in Belarus for a week."

Poland's Paulien Verhaar claimed the first gold medal of the week in the women's 3,000m.

She managed 4:21.11 to beat The Netherlands' Pauliena Verhaar, second in 4:22.53, and Russia's Elena Eranina, third a further second behind.

They beat Aleksandra Kapruziak, Kaja Ziomek and Andzelika Wojcik of Poland by just two hundredths of a second in a thrilling dual.