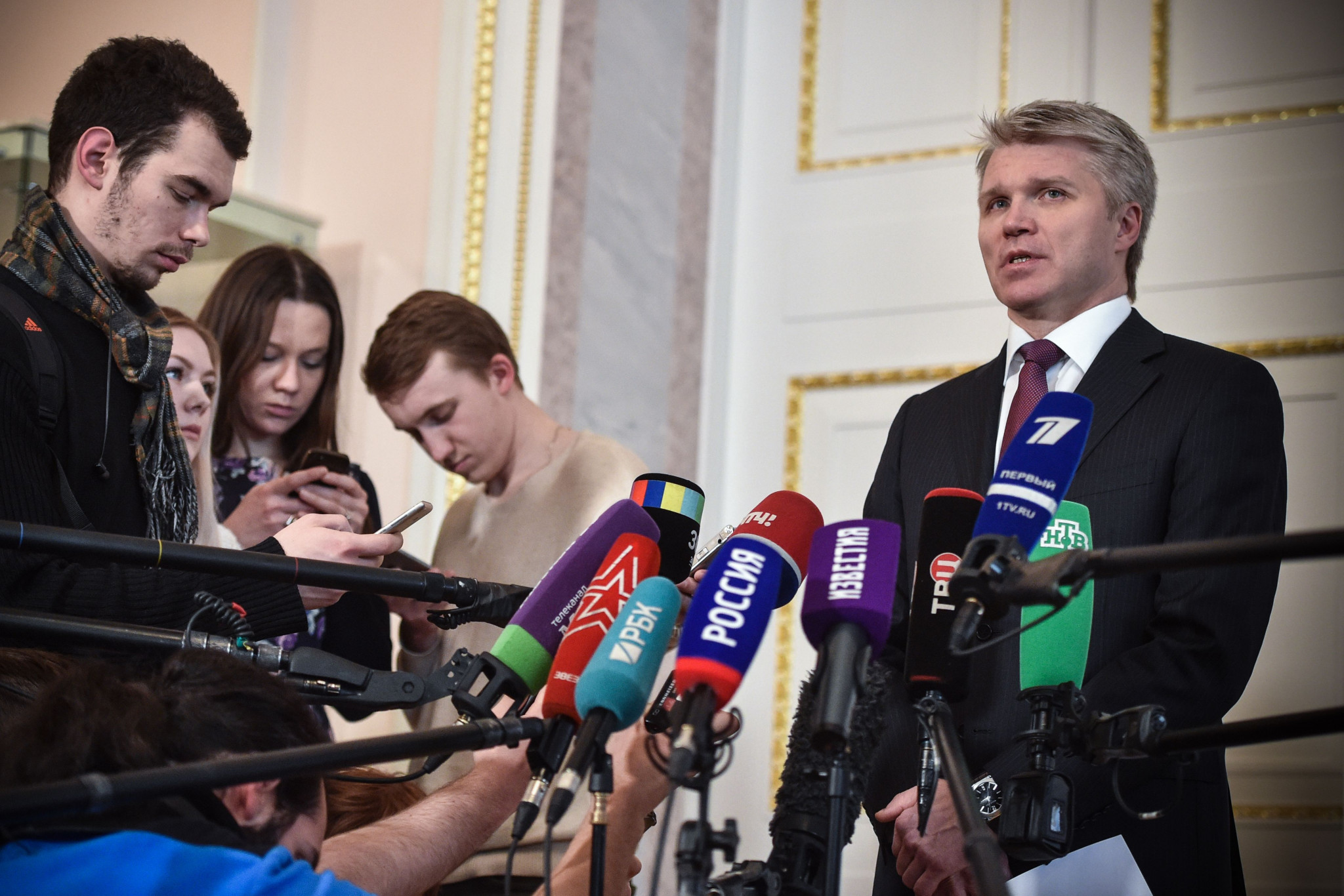 Russian Sports Minister Pavel Kolobkov said he is "outraged" by the two doping cases involving the country's athletes at the Pyeongchang 2018 Winter Olympics, and claims he has no explanation for how they occurred.

He had won mixed doubles bronze with wife Anastasia Bryzgalova.

It created huge controversy as Russia were already competing neutrally at the Games - as the Olympic Athletes from Russia (OAR) - due to manipulation of the drug testing scheme at their home Sochi 2014 Olympics.

Krushelnitckii's failure meant OAR were stripped of the bronze medal which was presented to Norway.

He denied taking the substance deliberately.

Kolobkov has claimed investigations are proceeding into the two cases and alleged the International Federations involved realised the cases were "senseless".

"I am outraged by these issues, all Federations checked [the athletes] six, sometimes even eight, times throughout the year," Kolobkov told the Russian state news agency TASS.

"I have no explanation of how it could have happened at all.

"The incidents involving Krushelnitsky and Sergeeva are absolutely senseless, and, by the way, International Federations realise it, so their reaction is rather restrained.

"The investigations are proceeding.

"There are many statements and assumptions already, but it is necessary to be based on facts."

It was hoped that the ban would be lifted in time to allow Russia to march under their own flag at the Closing Ceremony, but the two drug failures proved key in this not happening.

Russian President Vladimir Putin has also claimed diplomats from the country should work to improve the International Convention against Doping in Sport at UNESCO.

"The Russian Ministry of Foreign Affairs, which successfully helped our children in South Korea, should step up the systemic work in the Russian Federation Commission for UNESCO in order to improve the International Convention against Doping in Sport and to ensure that the rules here are fair and absolutely transparent," Putin said, according to TASS.