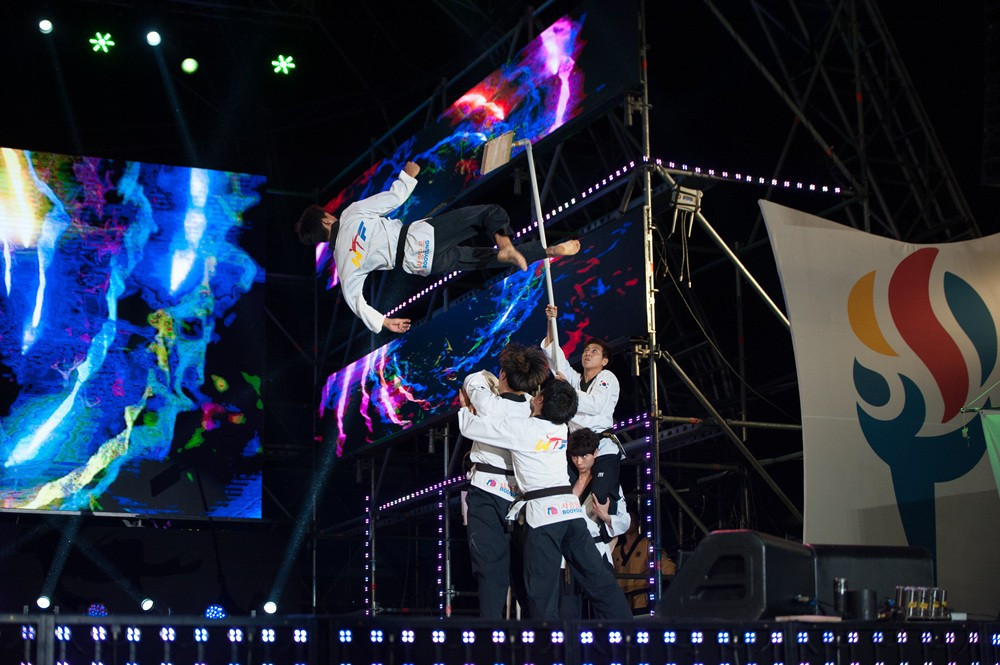 South Korea-led World Taekwondo will send its demonstration team to North Korea next month in an effort to maintain a peaceful atmosphere on the Korean Peninsula, according to a high-ranking official within the organisation.

The official, which is helping the Government to organise the event, told The Korea Times that the team would go to Pyongyang as early as the middle of April.

It would come prior to a scheduled meeting between North Korean leader Kim Jong-un and South Korean President Moon Jae-in at a summit later that month in the truce village of Panmunjom.

"A departure date and how long the team will stay there have not been determined yet," the official told The Korea Times.

"We will make an official announcement soon."

South Korea agreed to send a taekwondo demonstration team and an art troupe to North Korea's capital after special envoys from the country met with Kim early this month.

The Korea Times reports it is likely that the art troupe will visit and perform first due to the tight schedule of World Taekwondo President Chungwon Choue.

The performance came prior to the Opening Ceremony of the Games on February 9, featuring taekwondo practitioners from North and South Korea.

It was arranged as part of a Winter Olympic participation deal reached with North Korea in January and negotiated at the demilitarised zone.

A demonstration team from hosts South Korea, representing World Taekwondo, and one from North Korea wearing the colours of the International Taekwondo Federation (ITF), participated at the Opening Ceremony.

They then united for a second exhibition event on February 10.

World Taekwondo is based in Seoul and runs the Olympic version of the sport.

The ITF's headquarters are located in Vienna.