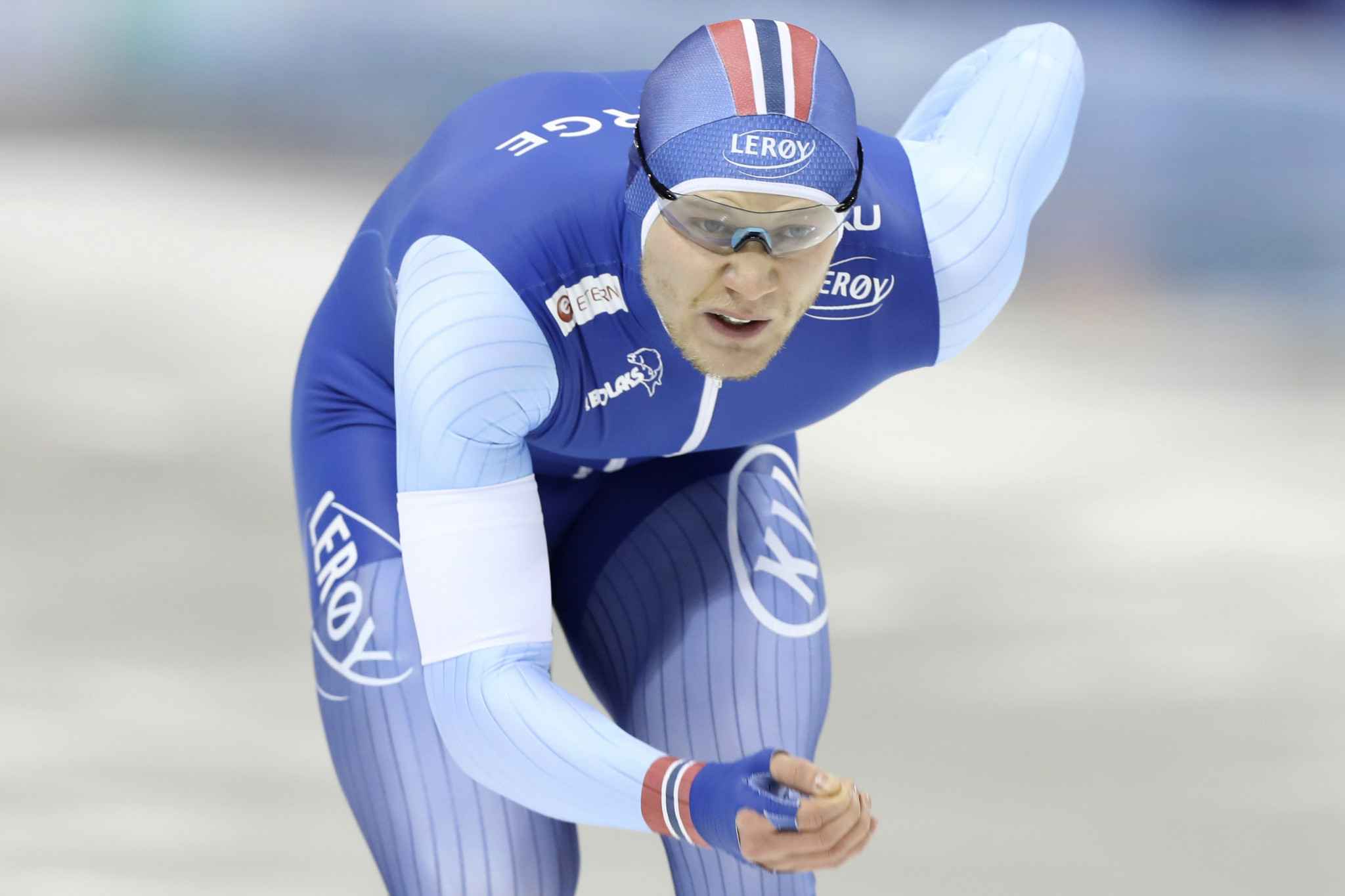 The Pyeongchang 2018 men’s 500 metres gold medallist rounded off his season by competing over the sprint distance today at the Minsk Arena.

He finished outside the podium places, with Jan Smeekens leading a Dutch clean swept by clocking 34.83sec.

A fourth place finished in a time of 35.01 was enough for Lorentzen to seal the World Cup title for the discipline having moved onto 716 points.

Lorentzen also earned enough points to be crowned the overall World Cup winner with a total of 734.

He was followed by Russia’s Denis Yuskov and fellow Norwegian Sverre Lunde Pedersen, who managed 715 and 700 points respectively.

Yuskov ended as the runner-up 0.17 seconds down.

Yuskov won the World Cup title, despite his second place, ending on 520 points to Pedersen’s 385.

Russia’s Danila Semerikov rounded off the top three, with Olympic silver medallist Bart Swings of Belgium fourth at the finish.

Swings celebrated topping the mass start classification for the season on 234 points after leapfrogging the absent Seung-Hoon Lee of South Korea, the Olympic champion.

Bjørn Magnussen, Henrik Rukke and Lorentzen combine to good effect to win the men’s team sprint 1:20.89 and followed by Poland and Russia in times of 1:22.11 and 1:22.54 respectively.

Takagi’s domination was highlighted in the 1,500m events, winning all races she contested in the discipline throughout the season.

She won the final race in the discipline in a time of 1:56.36, with Leenstra and another Dutchwoman, Lotte van Beek, trailing by 0.87 and 1.62 seconds respectively.

Olga Fatkulina of Russia completed the top three in 38.20.

The mass start event was won by Japan’s Ayano Sato, holding off the challenge of Canada’s Ivanie Blondin and Italy’s Francesca Lollobrigida.

Lollobrigida secured the World Cup crown for the event.

Russia won the team sprint event, with The Netherlands and Norway completing the top three.

The World Cup podium featured the same three teams but with Norway ending the season above their Dutch rivals.