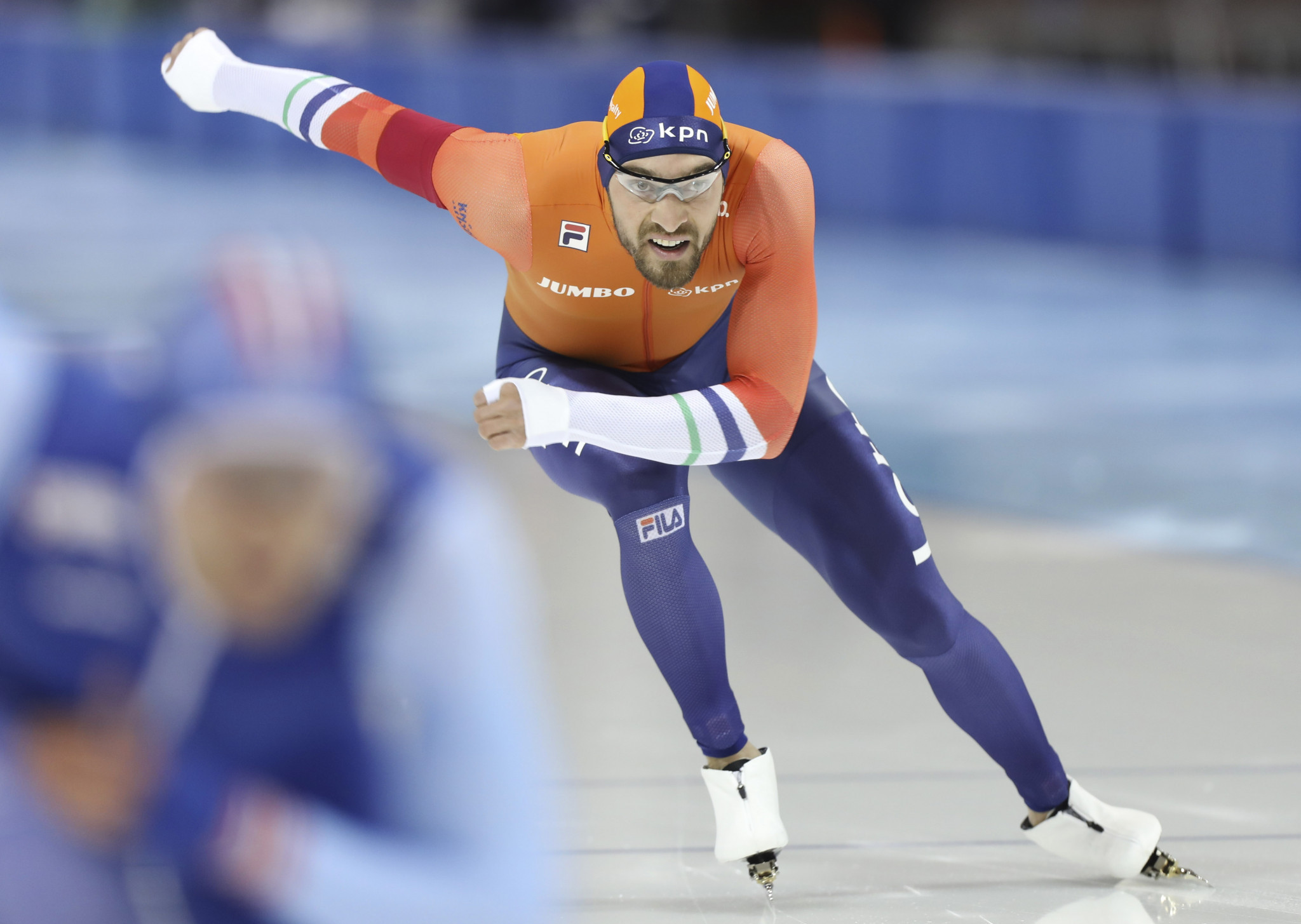 Dutch stars were in predictably dominant form on day one at the Speed Skating World Cup Final in Minsk.

This included a Dutch 1-2 finish in the men's 1,000 metres in the Minsk Arena as Kjeld Nuis crossed first in front of team-mate Kai Verbij.

Nuis clocked 1min 9.23sec to win by 0.17 seconds and also take the overall World Cup title over the distance.

He finished on 530 points to move 14 clear of Norway's Håvard Holmefjord  Lorentzen, who came third today in 1:09.45.

It was Shikhova who clinched the overall crown, however, with her haul of 444 points putting her 24 clear of second-placed Leenstra and 51 ahead of third-ranked Bøkko.

Karolina Erbanova of Czech Republic won the women's 500m by just one hundredth of a second in front of Austria's Vanessa Herzog.

Erbanova clocked 38.28 as Angelina Golikova of Russia came a distant third in 38.40.

Hein Otterspeer led home a Dutch 1-2-3 in the 500m men's event ahead of Jan Smeekens and Ronald Mulder.

Otterspeer crossed in 35.06 to win a thrilling event by one hundredth of a second over Smeekens and just two hundredths over Mulder.

A final World Cup race over 500m is due to take place tomorrow in both male and female events.

Antoinette de Jong of The Netherlands won both the individual and overall World Cup titles over 3,000m elsewhere today.

Canada's Ivanie Blondin clocked 4:11.77 for third and also came second overall, with her haul of 439 points six behind De Jong's.

Sverre Lunde Pedersen of Norway inflicted a rare defeat on the Dutch by winning the men's 5,000m in 6:22.15.

Alexander Rumyantsev of Russia was second in 6:23.81 and The Netherlands' Marcel Bosker third in 6:24.12.

Ted-Jan Bloemen of Canada was only fifth today but still finished 41 points clear of Pedersen overall on a winning total of 486 points.

Dutchman Sven Kramer was third overall on 300 points despite missing the last three races of the season.