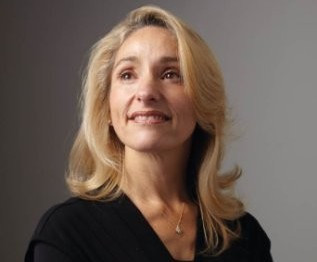 An investigation has found that former British Equestrian Federation (BEF) chief executive Clare Salmon was the victim of bullying and elitism when in the role.

Salmon, who was appointed to the position in February 2016, cited "serious concerns" in the "culture and governance" of the national body when resigning in July.

This led to the BEF investigation being launched.

Salmon claimed that her non-equestrian background as a director at insurance company Royal London was resented by some.

The report said that while some viewed her appointment as a "positive move" and "a refreshing change [to a] snobbish, old boys' club" of a "military culture", others viewed her as "an outsider".

Salmon also claimed to have been subject to "nasty remarks" from people within the sport.

She was also implicitly criticised publicly by figures including Britain's reigning Olympic jumping champion Nick Skelton, who wrote in Horse & Hound magazine that there "appears to be a growing trend for non-horsey people to run the sport and it's a disaster".

A fractious relationship between the BEF and its member bodies was also raised in the report.

A "climate of fear" at British Dressage and a "culture of bullying" at British Showjumping were also described.

"The report has vindicated the concerns I raised about bullying, about elitism and about a toxic culture within the equestrian world," Salmon said.

"The intimidation that I experienced was very distressing.

"I am a strong character, as the report observes, but certainly being treated in this way, I was set up to fail.

"I was systematically prevented from implementing the vision that I set out, to democratise horse sport in the UK.

"That was very, very distressing, I was trolled online at various points during this process and I can only say that without the support of my husband and my daughter, I'm not sure where that would have finished.

"At one of the Board meetings that I attended with one of my colleagues, we said that we wanted to open up horse sport to a wider audience and we were told 'but just anybody might turn up, think who might turn up, how terrible might that be' - people who were beyond the sort of 'tweedocracy' of traditional horse sport."

It concluded that "certain actions can, in the panel's opinion, be objectively viewed as bullying, elitist and arising from self-interest but not corruption".

The report made recommendations around the areas of the "identification of the role and responsibilities of the BEF", the "establishment of strong leadership within the BEF" and the "maintenance of good governance" as well as the adopting of a Code of Conduct.

"We are grateful for the work of the panel and accept, in full, the recommendations arising from its independent review, which identified difficulties in relationships within the BEF," said BEF interim chair Ed Warner.

"It is now a priority for the BEF, which is under the leadership of both a new board of directors and executive management, to learn lessons from the past and ensure appropriate practices in future."

"All sports - and especially those in receipt of public funding - must demonstrate that they are run to the highest standards of governance, led by skilled and diverse boards," they said.

"Sports that are unable to demonstrate these standards will not receive funding in the future.

"The review is clear that these standards and behaviours have not been met in the past across equestrian sport.

"While we recognise that structural and leadership changes have recently been made, ongoing funding will be dependent on the BEF and its Member Bodies acting to implement the recommendations of this review.

"We will keep this under close review."