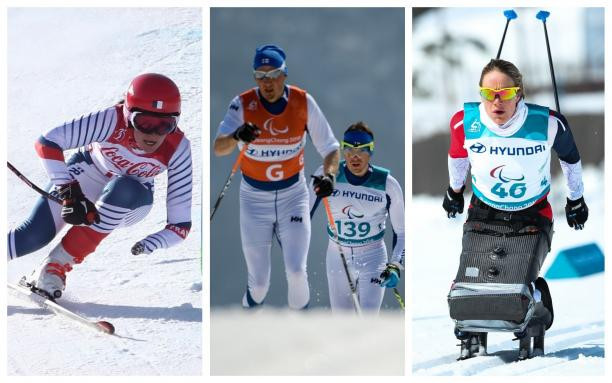 Elections took place from March 5 to today at the Proud Paralympian space of the athletes' dining hall at the Paralympic Village.

A total of 459 athletes competing here cast votes, marking a turnout of 80.9 per cent.

The elected athletes will now serve a four-year term.

"I am sure they will hugely contribute to the development of the Paralympic Movement while representing the interests of all Para-athletes in the world across all sports, categories, nations and genres.

"I also want to thank the IPC for giving us as Para-athletes a platform to make our voices heard."

She will be aiming to add to her victories in the downhill, giant slalom and super-G competitions when she competes in the slalom event on Sunday (March 18).

Klemetti and Skarstein have also both competed here in cross-country skiing.

Missing out on election were Alpine skiers Zsolt Balogh of Hungary and Claudia Lösch of Austria.

Nordic skiers Yuanyuan Peng of China and Witold Skupień of Poland also failed in their bids.

The IPC Athletes' Council is the collective voice of Paralympic athletes within the IPC and the greater Paralympic Movement.

As the liaison between IPC decision-makers and Paralympic athletes, the Council works to provide effective input into decision-making at all levels of the organisation.