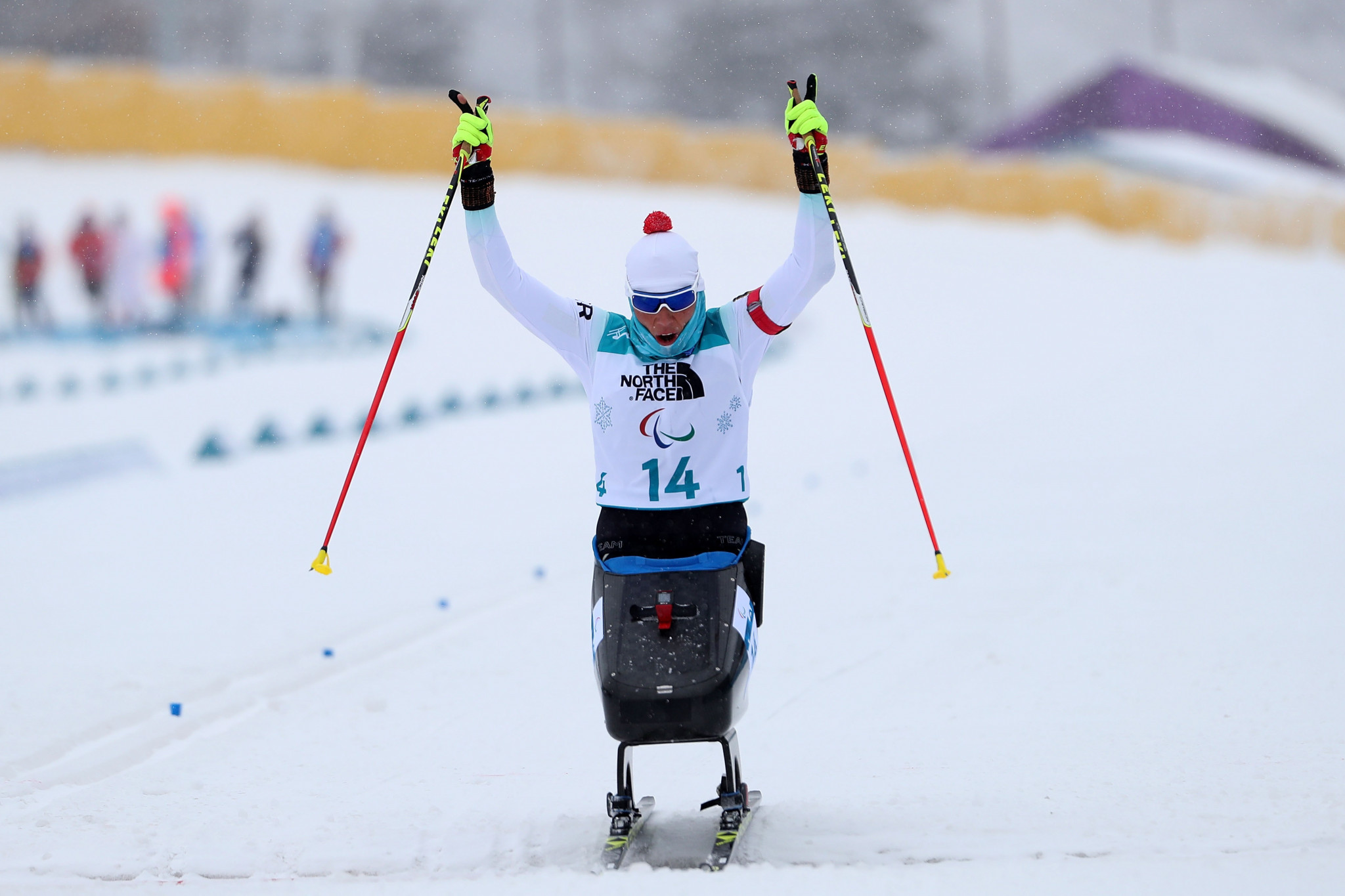 Andrea Eskau and Martin Fleig ensured that Germany had a fantastic end to the biathlon competition here at the Pyeongchang 2018 Paralympics by claiming the two long-distance sitting titles at the Alpensia Biathlon Centre.

The first event of the day saw Eskau claim her second gold medal of these Games as she produced a faultless display to come out on top in the women’s 12.5 kilometres race.

The 10-time Paralympic medallist, across both summer and winter Games, missed no shots throughout the event and eventually finished in a time of 49min 41.2sec to clinch gold.

Oksana Masters of the United States, a gold medallist in the women's 1.1km sprint earlier in the week, also shot clean but her time of 50:00.0 meant she had to settle for silver.

Lidziya Hrafeyeva of Belarus rounded off the podium thanks to a time of 50:57.0.

Martin Fleig continued the German success in the men's 15km sitting with another outstanding performance, shooting clean in all four attempts at the range before crossing the finish line in a time of 49:57.2.

Following Fleig's win, team mate Eskau congratulated him on his ability to handle the pressure.

"He is one of the best biathletes in the world and he didn't win any medal in his two races before so he had a lot of pressure before this race," she said.

"I told him he needs to always remember what he can do.

"He is able to shoot zero, he is a much better shooter than me, and I think he has done it."

Former Navy Seal Daniel Cnossen of the US continued his great form at these Games and picked up his fourth medal with a time of 50:42.7.

Canada's Collin Cameron clinched bronze with a time of 50:59.1.

Neutral Paralympic Athlete Anna Milenina continued her good from the women's cross-country skiing sprint standing event earlier in the week, where she won gold, by coming out on top in today’s 12.5km biathlon competition.

The 17-time Paralympic medalist recorded a time of 38:56.8 to ensure she finished top of the podium, edging out team mate Ekaterina Rumyantseva by just 3.8 seconds, who claimed silver.

Canada's Brittany Hudak registered a time of 41:20.7, handing her bronze - her first medal of the Games.

Hudak’s fellow Canadian Mark Arendz came out on top in the men’s standing 15km competition after registering a time of 42:52.2.

France's Benjamin Daviet, who won the 7.5km race earlier in the week claimed silver thanks to a time of 43:50.5 whilst Norway's Nils-Erik Ulset secured his first Paralympic medal since Vancouver 2010 by crossing the line in 44:06.7.

This time, it was Lysova who came out on top with a time of 37:42.6 whilst Shyshkova finished in the silver medal position on 40:31.1.

The final race of the Pyeongchang 2018 biathlon competition saw the men's visually impaired athletes take to the snow in a 15km race.

Ukraine's Vitaliy Lukyanenko won the sixth Paralympic title of his career thanks to a time of 45:12.9.

His compatriot Oleksandr Kazik finished just a few seconds behind in 45:36.5 with France's Anthony Chalencon securing bronze in 46:32.8.